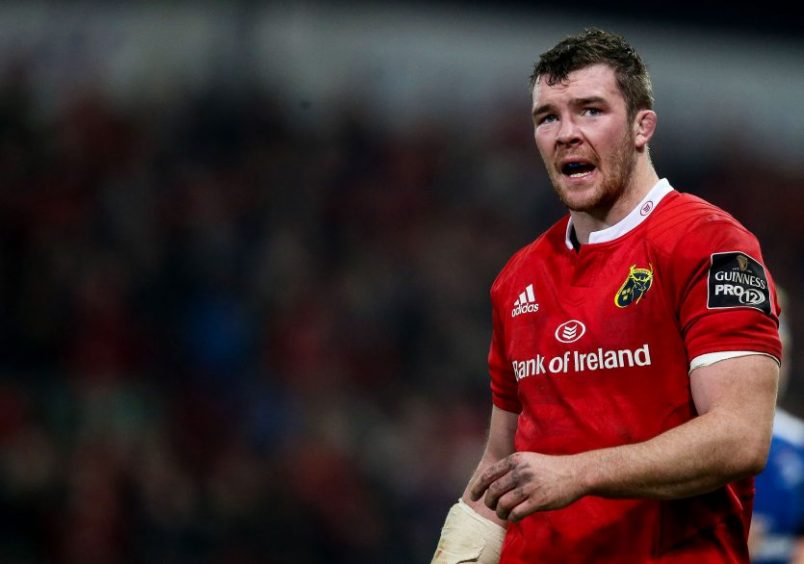 After a three week break Guinness PRO12 action returns this weekend with Munster taking on Zebre in Parma on Saturday at 3pm (2pm Irish).

In naming his match-day 23 Director of Rugby Rassie Erasmus makes fives changes to the side that defeated Cardiff Blues in round 17.

Returning are the international trio of Niall Scannell, John Ryan and Captain Peter O’Mahony, as they all start in a pack that also sees the return of Jack O’Donoghue at number 8 after rehabbing an ankle injury sustained against Ospreys.

Tyler Bleyendaal is the only change to the backline as the Kiwi 10 resumes his half back pairing with Duncan Williams, while there is additional international honours at fullback this week after Andrew Conway’s debut against England at the Aviva last Saturday.

Prop James Cronin is included in the replacements after successfully rehabbing a finger injury sustained against Racing 92 at the end of January, and David Johnston is named in his first match-day squad of the season.

Please note this game is not televised.  Zebre rugby will be tweeting live updates. Follow the action with #ZEBvMUN

Hear the thoughts of our returning international duo – John Ryan and Niall Scannell – below. 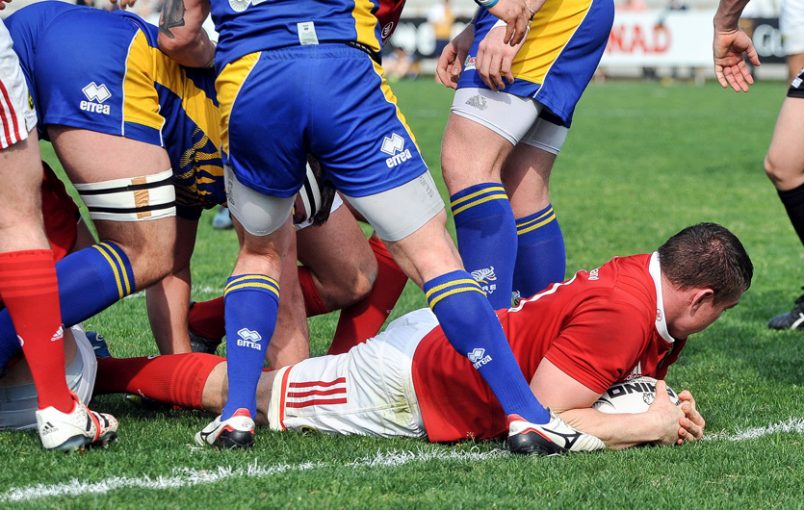 Tommy O'Donnell touches down against Zebre this afternoon. ©INPHO/Federico Matteucci

With every point crucial in what is very much the business end of the season, Munster did all that was asked of them away to Zebre in Parma this afternoon, scoring seven tries in a bonus point 50-14 win over the Italian outfit.

Niall Scannell and Tommy O’Donnell finished off well worked forward tries before the winger Ronan O’Mahony sped in for Munster’s third.  With Tlyer Belyendaal converting all three, Munster were out to a 21-0 lead before their hosts fired a shot. That came via the Zebre pack and Derick Minnie who just about kept his side in touch by the interval.

Zebre scored again through Lloyd Greeff, but not before Rory Scannell secured the try bonus point soon after the resumption, Zebre’s task not getting any easier when Marcello Violi saw yellow at the same time.  O’Mahony took advantage in securing his brace, a feat that was also matched by replacement prop James Cronin on his return from injury to see Munster secure a half century on the scoreboard and finish up as more than deserved winners.

Niall Scannell marked his return to the provincial scene with the game’s first try, touching down on 3 minutes off a textbook Munster maul with Tyler Bleyendaal slotting the conversion.

Munster maintained the early pressure on their hosts and were in for their second try on 18 minutes.  Defending valiantly for two consecutive penalties, Munster put Zebre to the sword on the third infringement, mauling over the line again, this time Tommy O’Donnell touching down.  No mistake from Bleyendaal for the extras.

Within minutes, the Kiwi playmaker made it there-from-three, bisecting the posts when converting Munster’s third which this time came through the backs, namely Munster’s top try scorer so far this season Ronan O’Mahony.

The Munster pack wouldn’t have it all their own way, the Zebre forwards showing that they too can pack a punch.  After 7 phases off a five-metre lineout, South African flanker Derick Minnie made a strong carry over the line. Marcello Violi made it a full seven-pointer off the tee, a crucial score for the hosts with Munster in danger of going out of sight.

A fine afternoon for the Scannell brothers also saw Rory cross the whitewash, securing the try bonus point after spotting a gap in the Zebre defence to dot down beside the posts, handing Bleyendaal an easy conversion.

The Italians’ problems were then compounded when Violi was given ten the bin and Munster cut loose.

In the first instance O’Mahony – after nice work from Darren Sweetnam in the build-up – completed his brace to bring his tally to 11 tries across all competitions this season.

James Cronin marked his return from injury with a brace of his own, Rory Scannell converting both, the first coming off Munster dominance in a five-metre scrum and the second after a series of pick-and-gos.

Such was the dominance of Munster, all the hosts could muster in the second half was a solitary try and conversion from Lloyd Greeff and Serafin Bordoli, Rassie Erasmus’ men comprehensive winners on a 50-14 scoreline.

Guinness PRO12 Round 18 roundup: With round 18 still to be completed, the win sees Munster provisionally climb to the top of the PRO12 table.

David Johnston made his first PRO12 appearance of the season.  The fullback was a late addition to the starting XV after was Andrew Conway withdrawn from the game due to a stiff neck. Consequently, Johnston’s younger brother, academy playmaker Bill, was included in the matchday squad and made his PRO12 debut as a second half replacement.

The game also saw the welcome return of try scorer James Cronin after rehabbing the hand injury he sustained in Munster’s Champions Cup win over Racing 92 in January.

Bill Johnston was one of three academy players in today’s matchday 23, alongside Dan Goggin and Conor Oliver. 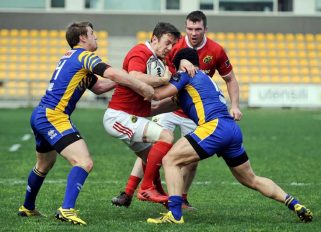 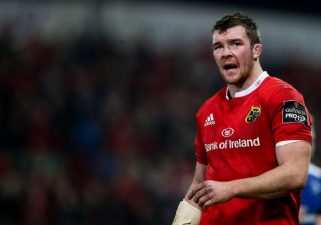