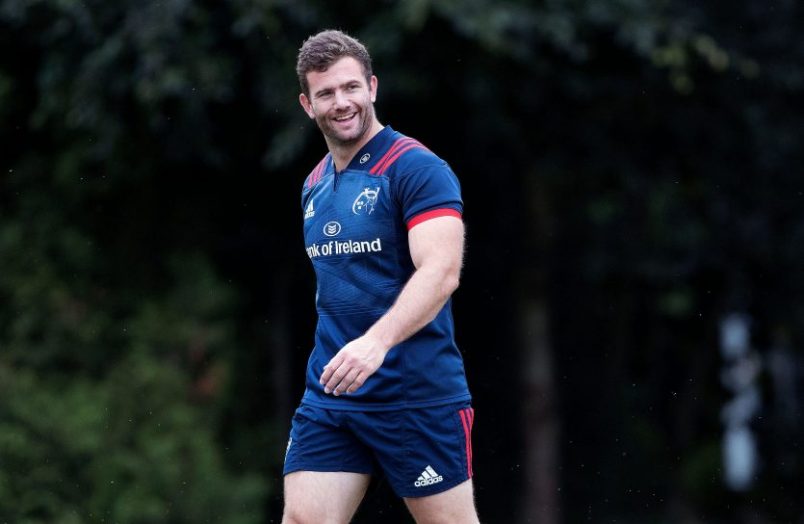 Jaco Taute is set to make his comeback from injury against Glasgow on Friday night.

The Munster team to face Glasgow Warriors in the Guinness PRO14 on Friday night at 7.35pm has been named by Head Coach Johann van Graan.

Jaco Taute makes a welcome return after missing almost a year of action through injury with the centre among the replacements.

Tadhg Beirne is also among the 23-man squad with the new signing in line to make his Munster debut off the bench.

Billy Holland captains a Munster side that shows one change to the starting XV that beat Cheetahs last weekend as Sammy Arnold comes in at outside centre.

Mike Haley starts at full-back with Darren Sweetnam and Academy man Shane Daly on the wings.

Rory Scannell is partnered by Arnold in the centres with the half-back pairing of Neil Cronin and JJ Hanrahan unchanged.

There are no changes to the forwards with hooker Mike Sherry packing down alongside Dave Kilcoyne and John Ryan.

Holland and Jean Kleyn are in the second row with Dave O’Callaghan, Tommy O’Donnell and Arno Botha in the back row.

Duncan Williams, Joey Carbery and Taute are the backline replacements. 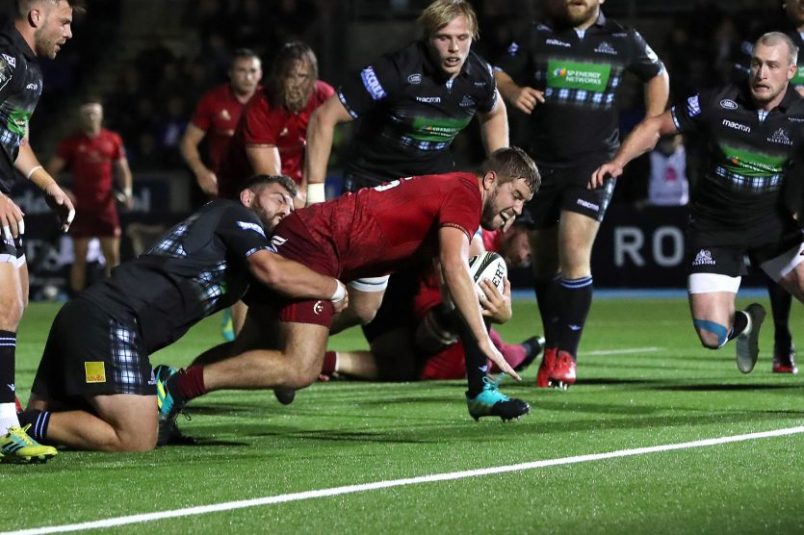 Munster fell to a first defeat of the Guinness PRO14 season on Friday night as Glasgow Warriors continued their formidable home record at a sold-out Scotstoun.

An impressive first-half performance from the hosts was the bedrock of the victory with Munster 22 points down after 40 minutes.

Munster were improved after the break with Rhys Marshall touching down as JJ Hanrahan kicked a penalty and Joey Carbery a conversion but the visitors left themselves with way too much to do.

Glasgow started very strongly with the wind at their backs and having missing an earlier effort, Pete Horne made no mistake with his second penalty on 14 minutes to make it 3-0.

After an extended spell of pressure, Glasgow scored their first try through Callum Gibbins after 22 minutes as the Kiwi co-captain touched down in the corner from a floated Hastings pass.

Horne couldn’t convert from the touchline but Munster were dealt an injury blow minutes later as captain Billy Holland departed with Fineen Wycherley taking his place.

The Warriors were looking to turn the screw and turned down the opportunity to kick at goal and opted for the corner. Although the Munster pack did very well to stop the rolling maul, Hastings was again the architect as he chipped the ball behind the defence and Stuart Hogg touched down Glasgow’s second try. Hogg converted and Glasgow led 15-0 after half an hour.

A second Munster injury in the first half saw scrum-half Neil Cronin depart after 35 minutes with Duncan Williams entering the fray.

As the first half came to a close, Munster would have been content with a 15-point deficit but the task awaiting them in the second half grew even larger as Glasgow went over for their third try.

A slip from JJ Hanrahan at the worst possible time allowed Adam Ashe to score and Hogg’s conversion gave Glasgow a 22-0 half-time lead.

After a nightmare 40 minutes, Munster came back out for the second half eager to make amends with Tadhg Beirne coming on for his debut and Stephen Archer on in the front row.

A scrum penalty gave Hanrahan his first shot at goal after 43 minutes and the out-half made no mistake to get Munster off the mark.

Joey Carbery then entered play and added some creative spark to a Munster side that had already looked much better than the first-half showing.

A strong break from the tenacious Sammy Arnold did get Munster into Glasgow’s 22 but his offload went to a Glasgow man.

Trailing by 19, Munster were desperate to get the all-important next try and when a high tackle went in on Mike Haley, Carbery kicked the penalty into the corner.

The lineout was good and Munster proceeded to pummel the Glasgow line with the hosts defending expertly but a Munster knock-on ended the move.

Academy man Shane Daly led the charge for the next Munster attack but another fumble allowed Glasgow to break through Hogg and Darren Sweetnam had to race back and clear.

Williams then released Beirne for a run through the Glasgow defence but when Munster were pinged at the breakdown, another attack was over with the deficit still standing at 19 points as the clock ticked past the hour.

Jaco Taute came off the bench to make a welcome return from long-term injury and Munster finally got the try their efforts deserved on 69 minutes.

Williams and James Cronin combined to set up the score with Rhys Marshall scoring and Carbery knocking the conversion over quickly to reduce the deficit to 13.

A Glasgow penalty at the breakdown two minutes later ended the game as a contest with Hogg’s successful kick making it 25-10.

Munster are back in action next Friday with the province hosting Ospreys at Irish Independent Park (7.35pm).

Billy Holland and Neil Cronin both departed with injuries in the first half and will be assessed by the medical team.

Tadhg Beirne made his Munster debut as a half-time substitute.

Replacement Jaco Taute returned from injury for his first appearance in over 11 months. 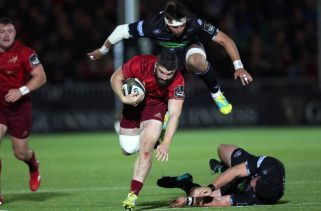 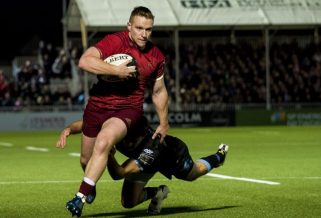 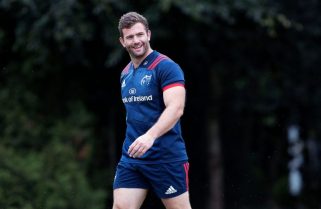 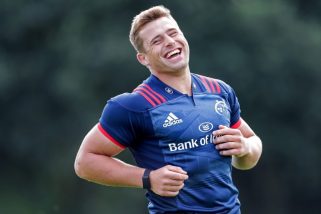 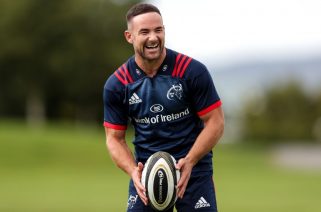