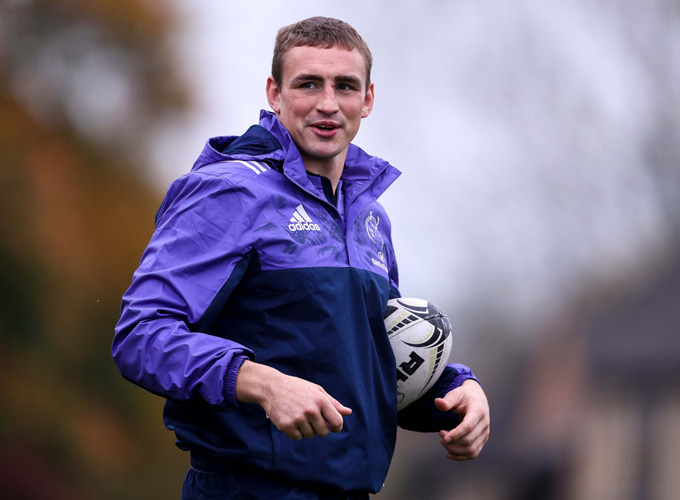 Director of Rugby Rassie Erasmus makes four changes to tomorrow night’s historic encounter with the Maori All Blacks at Thomond Park with Tommy O’Donnell to captain Munster for the first time.

Three players are in line to make their Munster debuts. Short-term signing Te Aihe Toma is included on the bench as are the academy’s Sean O’Connor and John Foley. O’Connor was part of the Ireland side that defeated New Zealand at this year’s World Rugby U20 Championship.

Three changes are seen in the pack. James Cronin comes back into the front row with John Madigan making his first start of the season in forming a new second row partnership alongside Darren O'Shea. Oliver returns with captain O’Donnell and Robin Copeland making positional switches to form a new look back row. O’Donnell starts at blindside for the first time since February 2014.

The last change comes at half back where Ian Keatley comes in to partner Duncan Williams.

It's as you were across the midfield and back three. Returning from Ireland camp and again named again on the right wing, Darren Sweetnam is the only player to start everygame this season and makes his tenth consecutive start.

23 clubs and schools from across the province will be represented on the pitch tomorrow night having won the #MunsterRising Socks competition, in association with Life Style Sports. Along with seeing their colours on the big stage, winning entrants have the opportunity to lay their club or school socks out for their assigned player in the Munster dressing room before kick-off. (See confirmed clubs and schools below)

Please note this game is sold out. 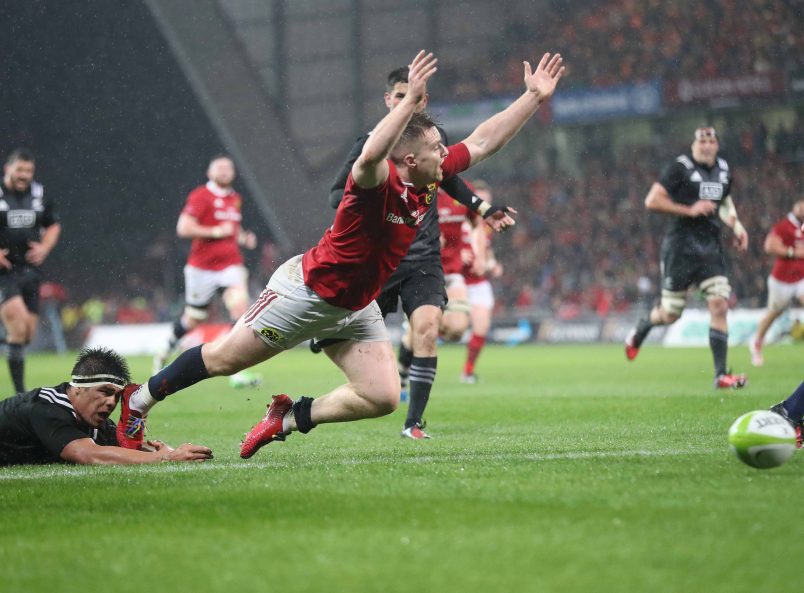 It was never going to be a run-of-the-mill match, but no-one could have expected to witness such an incredible spectacle at a sold-out Thomond Park on Friday night.

It was the first ever meeting between Munster and the Maori All Blacks but there will be calls for it to be made an annual encounter as both teams served up an intensely entertaining clash.

Led by Tommy O'Donnell for the first time, Munster were inspired and made light of the fact they were missing the majority of their internationals to produce one of the performances of the season.

Before the game even kicked off, the fans were in full voice as former Munster man and ex-Maori All Black captain Rua Tipoki was interviewed pitchside.

The 25,600 capacity crowd were then treated to the special Maori All Blacks haka. The visitors paid a special tribute to Anthony Foley by laying down an All Blacks jersey bearing Axel’s initials on the halfway line before performing the iconic tradition. Captain Ash Dixon then presented the jersey to Foley’s young sons, Tony and Dan – a very moving gesture.

When the game did kick off in the treacherous rain, there were plenty of handling errors as both sides struggled to get to grip with the conditions, and the ball.

Otere Black missed a fifth minute penalty before Munster took control as the hosts forced a series of lineouts deep in the All Blacks half with the first try coming from a rolling maul as Niall Scannell touched down.

The Munster defence was suffocating the All Blacks but the Maoris showed their quality when they eventually ventured into the Munster half and dangerman winger James Lowe finished off a fine move after some nice hands in midfield on 22 minutes.

The Maori All Blacks’ tails were up and three minutes later they were away again as giant no.8 Akira Ioane managed to evade a tackle before Black sent winger and debutante Ambrose Curtis over in the right corner.

Black was on target with the conversion once again and having enjoyed a very good first 20 minutes, Munster trailed 14-5.

Quick as a flash they were back in it though as a breathless first half became even more frantic as Munster stole a lineout and when Rory Scannell was tackled without the ball on the try line, referee Craig Maxwell Keys consulted with TMO Olly Hodges before awarding a penalty try. Reed Prinsep was shown a yellow card for the offence as Ian Keatley’s straightforward conversion moved Munster within two as they now trailed 14-12 with 31 minutes on the clock.

There was still time for more drama in an action-packed first half as a monster hit by man-of-the-match Robin Copeland in midfield forced a turnover and Darren Sweetnam hacked clear from inside his own half and showed superb football skills to kick the ball into the in-goal area before diving down to score a magnificent try. Keatley’s conversion faded left and the half-time whistle was sounded shortly afterwards with Munster leading 17-14.

There was no let-up after the interval as Andrew Conway and Ronan O’Mahony combined on the left wing to send Copeland galloping clear but he couldn’t find O’Mahony with the return pass.

More tenacious Munster tackling forced a knock-on and then a Keatley penalty moved Munster 20-14 ahead after a scrum infringement by the visitors on 44 minutes.

It was then Munster’s turn to go down to 14 as Duncan Williams saw yellow for a high tackle but the Munster defence was rock solid again and when the All Blacks stuttered, the hosts had no problem moving back into opposition territory, even with 14.

Keatley, who has already shown his adaptability as a full-back for the province, then slipped seamlessly into the scrum-half role with the unflappable Rory Scannell moving to out-half.

Astute kicking from Scannell kept the All Blacks pinned inside their own half and when Williams returned, Munster were in a prime position to increase their lead with O’Mahony inches from touching down after the referee again went to the TMO.

There was another close run thing soon after. A perfectly-weighted Keatley chip down the left wing was nearly grounded by the chasing O’Mahony and Conway but the covering Marty McKenzie just managed to get there first.
.
The respite was brief. On 68 minutes, Munster won a turnover on the left flank and Williams showed incredible awareness and composure to execute a perfect box-kick for the chasing O’Mahony.

The winger, who had come so close minutes previously, had time to glance over his shoulder before grounding the ball expertly. Keatley superbly landed the touchline conversion and Munster were leading 27-14 with 11 minutes on the clock.

The All Blacks were bowed but unbeaten and fought hard to get back into the game but the incredible Munster defence was rock solid as Copeland forced a crucial turnover with the clock ticking down.

Unlike 2008, there was to be no late heartbreak for Munster against a New Zealand side and Munster ended the match on the front foot and it was fitting that captain O'Donnell was the man to boot the ball gleefully into touch.

The crowd were reluctant to leave at full-time and the players went for a deserved lap of honour to cap off yet another memorable occasion at Thomond Park.

Darren Sweetnam has now started all 10 games for Munster so far this season.

James Cronin was forced off after 25 minutes with a pec injury. 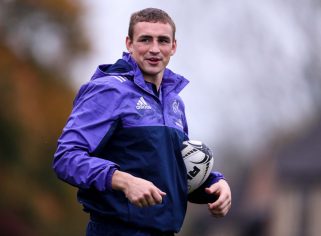 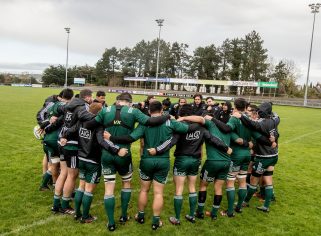 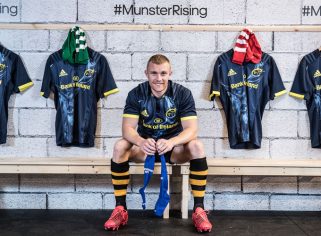