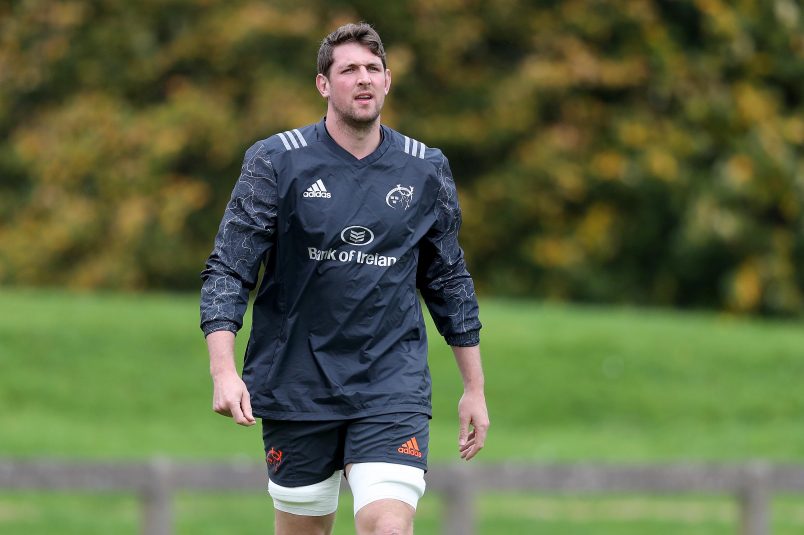 Munster return to Champions Cup rugby taking on Castres Olympique this Sunday October 15 at Stade Pierre Antoine with Rassie Erasmus making five changes to the side that suffered defeat to Leinster at the Aviva last weekend.

In making the changes there are three introductions to the backline with Simon Zebo returning to take his place at fullback, Darren Sweetnam named on the wing, and Rory Scannell restored to midfield joining Champions Cup debutant Chris Farrell.

Keith Earls is retained on the wing after an impressive seasonal debut last Saturday that saw him score a brace against his interprovincial rivals.

As expected Conor Murray and Tyler Bleyendaal start, with Bleyendaal making the positional switch this week to renew their half-back pairing from last season.

In the forwards, newcomer Mark Flanagan makes his first start for the province and his Champions Cup debut, as he joins the most capped player Billy Holland in the engine room.

Stephen Archer is introduced to the front row alongside Niall Scannell and Dave Kilcoyne and it’s as you were across the back row with Tommy O’Donnell, captain Peter O’Mahony and CJ Stander.

Although the sides haven’t met since the 2011/12 season, this will be the 13th time these sides meet in Europe and in turn it becomes the most played fixture in the competition’s history. 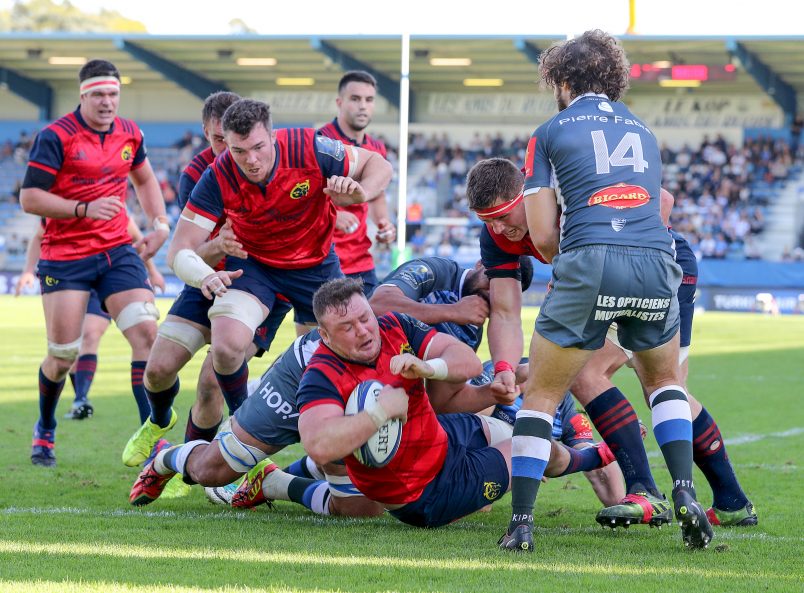 Overcoming a late onslaught from their hosts, Munster held on for an opening round 17-all draw away to Castres at the Stade Pierre-Antoine this afternoon.

A side well versed in last-gasp wins in Europe, Munster almost tasted their own medicine when Benjamin Urdapilleta missed a penalty in the 77th minute before also sending a drop-goal attempt wide with the last act of the game.  The game finished with Castres left to rue an opportunity missed, and Munster left counting their blessings.

Down to 14-men early on, the province almost came through the sin-binning of Conor Murray unscathed only for Robert Emerson to intercept when the visitors were overly ambitious in midfield.  No sooner had Munster replied through Simon Zebo when the hosts struck again, this time through Julien Dumora.  However repeated infringements from Castres as Munster pounded their line at least saw Tyler Bleyendaal reduce the gap to 10-14 with the hosts finishing the half down to 14 men.

Taking advantage of the extra man, a Dave Kilcoyne touchdown put Munster in front for the first time before an Urdapilleta penalty levelled affairs to set up a tense final quarter.  It could have been game, set and match to Castres were it not for excellent try-saving tackles from Keith Earls and Darren Sweetnam on opposite flanks and Munster ill-discipline put the fate of Castres well and truly in their own hands.

It would have been rough justice on Dave Kilcoyne, one of Munster’s standout performers on the day, had his 77th minute infringement decided proceedings.  In windy conditions Urdapilleta’s was well off target, but Castres had one more roll of the dice after Robin Copeland infringed in the final minutes.  Copeland was fortunate not to concede a penalty for slapping the ball from Rory Kockott’s hands, instead the hosts were handed a scrum and played out the game in search of an O’Gara-esque finish, but it was not to be, the end attempt going well right.

Munster’s defence was put to the pin of its collar during Castres’ early advances and the province did particularly well to survive three consecutive penalty kicks to the corner.

But the hard work would be undone on 12 minutes when, as Munster built pressure and phases in opposition territory, a long range pass from Chris Farrell was easily picked off by Robert Ebersohn and the centre had a clear run to the posts with Urdapilleta adding the easy extras.

Urdapilleta was unable to extend the Castres lead with a penalty on 17 minutes after Munster continued to feel the pressure at scrum time and it wasn’t until the 29th minute that Rassie Erasmus’ charges eventually breached the Castres 22.

Once they did, the penalty count went Munster’s way with CJ Stander and Dave Kilcoyne both coming close before Simon Zebo eventually crossed the whitewash – coming from deep to take a flat pass off Conor Murray.  Tyler Bleyendaal’s conversion put Munster back on level terms.

Back came Castres, showing the potency of their counter attack with Julien Dumora touching down after Munster failed to find touch in the windy conditions.  Urdapilleta kicked the extras.

Yet Munster always kept in touch and had the final say of the half.  Putting relentless pressure on the Castres tryline, in the end they settled for an easy three points despite justifiable claims for a penalty-try.  Ebersohn did at least see yellow and Munster would make the man advantage count in the second half.

Working up another head of steam upon the resumption, some quick thinking from Murray caught the hosts somewhat off guard – his tap and go finding Kilcoyne who would not be stopped at close range, and certainly not with CJ Stander in support.

Urdapilleta’s only successful penalty drew the sides level again and that would be the final score of the game.

Replacement Ian Keatley missed an opportunity to restore Munster’s advantage and further ill-discipline and a lack of precision dogged Munster in the final-20.  Yet the defence held firm with two textbook tackles from Keith Earls and Darren Sweetnam keeping the French at bay on both flanks.

With the game almost done, Munster won’t be happy that their fate lay in the hands of Urdapilleta and know only too well that were it not for the severity of the wind, his final attempts off the tee and out of hand could have paid dividends.

17-all the full time score – Munster’s two points seeing them third in Pool 4 after round one.

Europe comes to town when Munster play their first home game of the Champions Cup against Racing 92 next Saturday October 21 at 5.30pm. 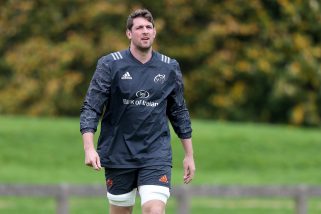 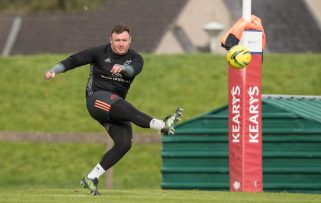 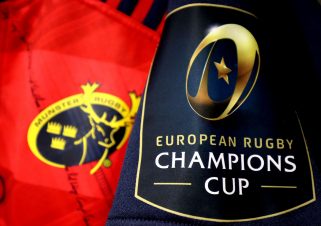 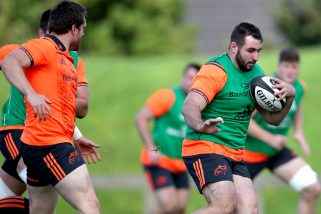