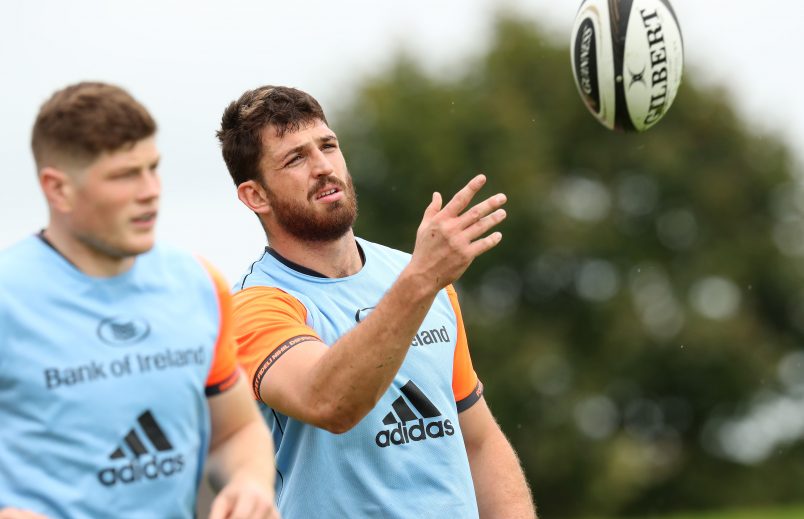 Munster play their first home game of the 2017/18 Champions Cup against Racing 92 at Thomond Park tomorrow with Director of Rugby Rassie Erasmus making three changes from the side that drew in Castres last weekend.

The first of the changes is seen in the front row where Rhys Marshall comes in for Niall Scannell who misses out with a thumb injury.

Jean Kleyn makes a return from the neck injury he sustained in Guinness PRO14 action against Glasgow Warriors to start in the second row.

Named again at openside, Tommy O’Donnell will win his 150th Munster cap tomorrow with the province playing their 160th game of the competition – a Champions Cup record.

Crossing for a try in last weekend’s Munster A victory in Swansea, should he feature off the bench, replacement hooker Kevin O’Byrne will make his European debut.

Thanks to title sponsor Bank of Ireland, a proud partner of Munster Rugby and Irish Heart Foundation, Munster’s team jersey will carry the Irish Heart Foundation logo on the front as a mark of the province’s support in the fight against sudden cardiac death. This is following the recent announcement of a lifesaving legacy in memory of Anthony Foley with full details here.

There will also be a minute’s applause in memory of Axel just before kick off in Thomond Park.

Tickets for this game can be purchased online at munsterrugby.ie or at the ground tomorrow from 9am.

Get the pre-match thoughts of Dave Kilcoyne. 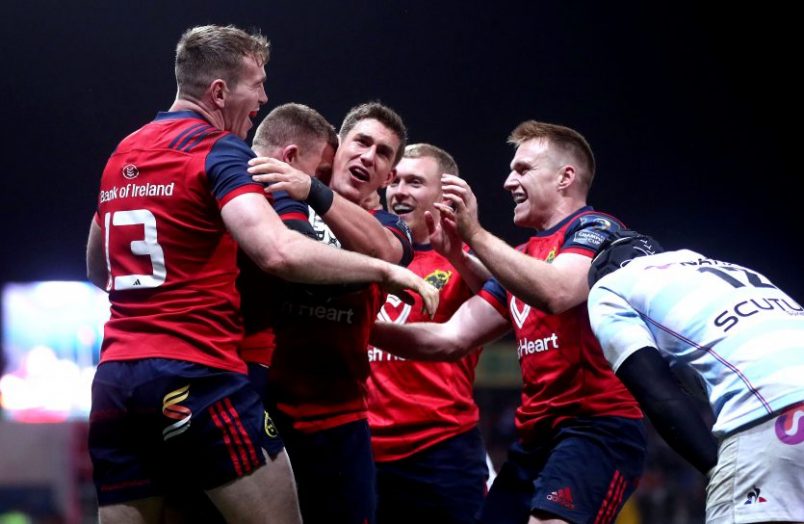 Conor Murray was Munster’s saviour as they secured a brilliant win over Racing 92 in the Champions Cup at Thomond Park.

It was scoreless at half-time in terrible conditions for rugby, but Murray’s eight try in Europe, and an effort from Andrew Conway meant that Munster left with four points.

It was a tight and tense opening 40 minutes where Munster were forced onto the back foot for much of it but they held firm.

Munster were on top in the scrummaging battle and Ben Tameifuna was under massive pressure from Dave Kilcoyne there.

But it wasn’t until towards the end of the first quarter when Munster got their feet deep in Racing 92 territory, and it could have led to a major score.

Henry Chavancy knocked on when he was under pressure from Murray in the 18th minute. Munster won a scrum and split their attackers before Keith Earls couldn’t get around the outside of Pat Lambie on the left wing.

But Munster retained possession and returning South African lock Kleyn drove his way over the line only to be held up. Racing went on the offensive before half-time but a combination of Munster’s brilliant defence and some poor judgements in the final third cost them.

It was 0-0 at half-time and neither side could find the breakthrough early in the second-half. Racing had another period of dominance just before the hour but after two drives through their rolling maul Munster forced a penalty when Yannick Nyanga held on, on the ground.

And then in the 61st minute Munster finally took the lead through Murray. And it was from a Racing scrum where Zebo had knocked on in midfield.

Maxime Machenaud took the ball off the base of the scrum and aimed a kick up-field but it was charged down by the Munster scrum-half, and he gathered the scraps and touched down the crucial first try.

Keatley slotted the difficult conversion, and although he missed a later penalty he made up for that with another brilliant conversion after Conway scored.

The Munster replacement got on the end of a brilliant pass from Rory Scannell to score in the right corner and that looked to have sealed the win with ten minutes remaining.

But Racing came again late on – Nakarawa touched down in the 76th minute and Iribaren added the extra to earn a losing bonus point as Munster held out for the win.

In the end Racing had a chance to clinch a draw but their final lineout didn’t go to hand and Munster held on to clinch victory. 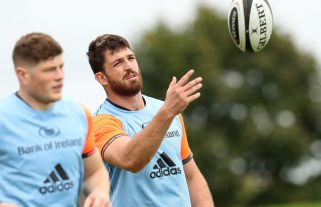 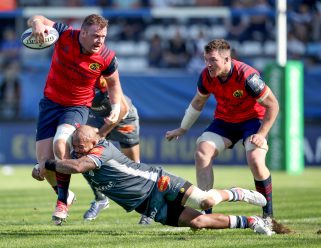 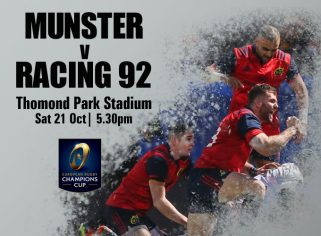 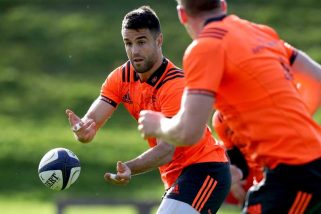 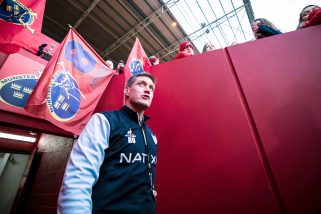