Munster Side Named For Ospreys

Like last weekend, that one change comes in the half backs with Tyler Bleyendaal returning to captain the side in the 10 jersey.

Should he appear off the bench, Irish international John Ryan will make his 100th appearance for the province having made his debut against Cardiff Blues in September 2011.  The former Muskerry, CBC and UCC prop becomes the tenth member of the current squad to reach the career milestone.

James Cronin is also included among the replacements and could make his first appearance of the season having successfully rehabbed a knee injury.

This game will be televised live on Sky Sports and TG4. 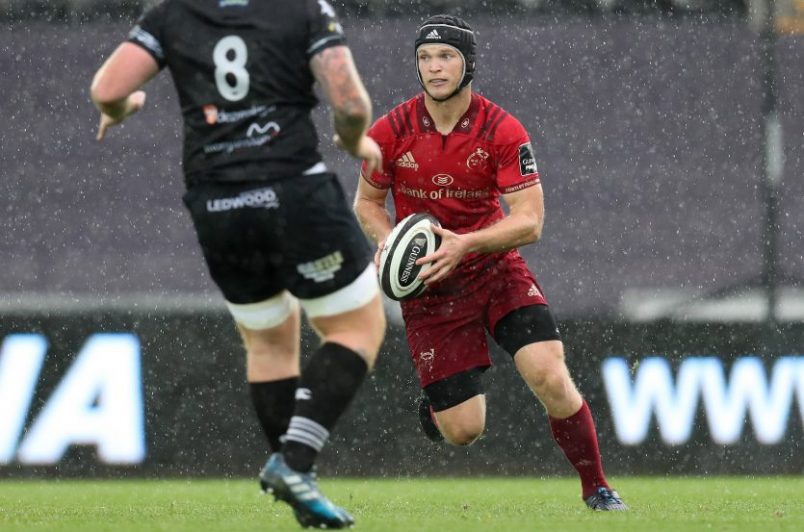 Munster overcame Ospreys in a hard-fought battle at the Liberty Stadium today winning 21-16 with tries from Jean Kleyn and Darren Sweetnam and 11 points from the boot of Tyler Bleyendaal.

The province leads the way in Conference A after three opening round wins with the squad continuing their impressive away form from last season with their ninth win on the road.

It was a frustrating start for Erasmus’ charges in playing with superior possession, territory and physicality the men in red didn’t have the points to show for it in the early exchanges.

After failing to convert two kickable penalty opportunities Tyler Bleyendaal successfully kicked his first from the tee after 9 minutes.

A collection of individual errors cost the province and although they were dominant in terms of possession and territory it was against the run of play Ospreys went ahead.

With minimal territory the Welsh side converted their first attacking venture into the red’s 22 into points after centre James Hook found the space to dot down and Sam Davies added the extras.

The second quarter saw a marked improvement in accuracy and after some effective ball carrying man-of-the-match Jean Kleyn crashed over for Munstr’s first try.  Bleyendaal made no mistake with the conversion.

For the second, some quick thinking from academy prop Liam O’Connor saw a switch in the direction of play.  Chris Farrell hit the gap at pace and linked up with academy lock Sean O’Connor before Darren Sweetnam finished it off out wide.

After the interval both outhalves exchanged penalties before momentum began to swing Ospreys way.

With Steve Tandy’s men on the front foot Munster’s previously dominant scrum began to creak and errors again crept in.

Sam Davies kicked two penalties to bring the hosts within two points after the hour mark.

The conditions continued to impact the run of the game but Munster kept cool heads moving into the closing stages and a Bleyendaal kick with three minutes remaining sealed the round three victory.

Guinness PRO14 Round 3:  Jean Kleyn was awarded the man of the match and with his first half try the South African lock has scored in 3 successive games; 3 academy players were named in the squad with Liam O’Connor and Sean O’Connor starting, while Fineen Wycerley was an unused replacement.

Munster Side Named For Ospreys 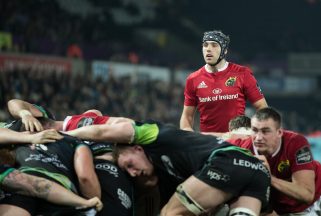 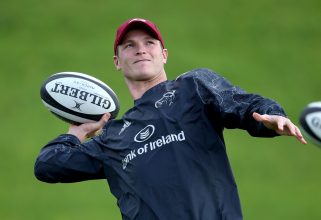