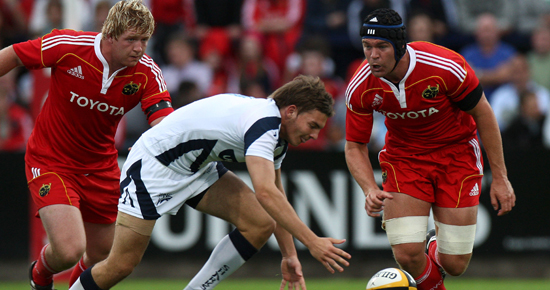 Munster make two changes, from the side that started against Edinburgh last time out, for Saturday’s clash with Magners League title pacesetters Ulster in Thomond Park Stadium (5pm).

Both those changes come in the pack with Academy player Stephen Archer coming into the front row in place of the injured Darragh Hurley and Alan Quinlan adding his considerable experience to the back row ahead of Niall Ronan who is named among the replacements.

Archer replaced Hurley in Murrayfield and although he was named in the extended squad earlier in the week, the injury to the shoulder he sustained there failed to respond to treatment. Hurley was present when Munster trained in Musgrave Park yesterday – in front of an audience of several hundred – but was confined to working with the fitness coaches while Archer was put through his paces with the squad.

Julien Brugnaut will operate in his favoured loose-head position having started the game against Edinburgh on the opposite side of the front-row. Quinlan, surprisingly omitted from Declan Kidney’s international squad announced on Tuesday, comes back into the back-row at the expense of Ronan who is preferred on the Munster bench to Donnacha Ryan who is included in Kidney’s squad.

A sub-Academy prop, Dave Kilcoyne will provide the back up to Brugnaut and Archer. Kilcoyne from UL Bohemians made a good impression in the recent Munster A victory over Leinster in Clonmel RFC.

Although they’re only five points off the pace, all the talk is of Munster’s current performances with an acknowledgement from team manager Shaun Payne that Saturday’s needs to improve if Munster are to maintain their unbeaten home record this season. "We are acutely aware that our performances to date haven’t been up to scratch and we’ll be looking to do something about that Saturday." he said.

"There has been a fair bit of disruption recently but we’re not using that as an excuse, " he continued. "I think there has been parts of our play that has been very good at times in recent games but we’re lacking consistency and that’s an area we’re looking to improve.

"There’s also a confidence factor when things aren’t going the way you have planned so if we can get a little rhythm into our play, get the confidence levels up then I think we’ll see a performance nearer to what we expect of ourselves." 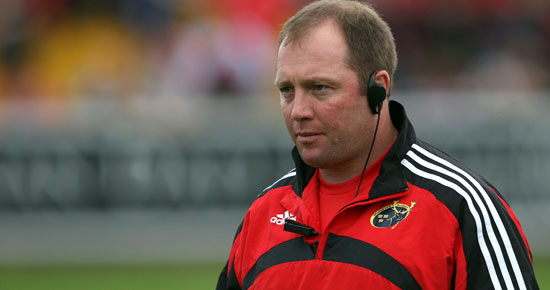 While it’s still a long way to go in the season, Munster left their detractors with eggs on their faces after a bonus point 24-10 victory over Magners League leaders Ulster in front of a near 17,000 crowd in Thomond Park Stadium.

Afterwards coach Tony McGahan and captain Paul O’Connell acknowledged that their form to date had been up and down but both felt that the performance against Ulster was a result of the hard work being put in by players and management rather than any response to what McGahan termed ‘ill-formed comment by ex-Munster players."

In ideal condidtions Ulster showed intent early on and again in the 16th minute when their response to a Jean de Villiers try moments earlier under their posts was to a similar strike from Ian Humpreys that he then coverted.

The Ulster 10 landed a penalty four minutes later to take the lead for his side but then the superb David Wallace scored his side’s second try and Ronan O’Gara’s conversion gave his side a 14-10 interval lead.

In the second half O’Gara ran a delightful line on the blindside to put Keith Earls in at the corner and although they dominated for long periods it seemed they would be denied the bonus point by dogged and determined Ulster defence.

That was until the very last moments when Munster turned over ball inside their own half, ran it downfield for Paul Warwick – another superb performer on the night along with Tomas O’Leary and Denis Leamy – scoring the fourth try. 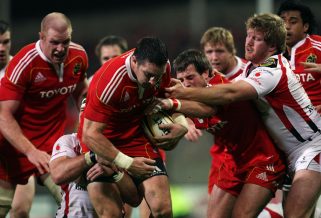 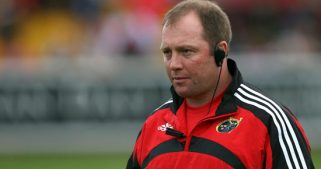