The O’s Are Back 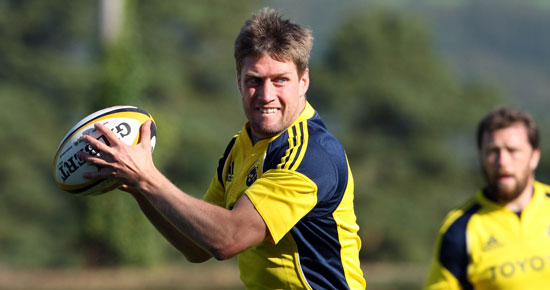 Lions Ronan O’Gara and Donncha O’Callaghan are named in a Munster match day squad for the first time this season as is Keith Earls for Sunday’s sold-out Musgrave Park Magners League clash with the Dragons (5.05pm).

Also listed among the replacements is Jean de Villiers while Earls has been named at full back inplace of Felix Jones who moves to the wing with Denis Hurley on the other flank and Tony McGahan retaining the mid-field pairing of Barry Murphy and Lifeimi Mafi.

Paul O’Connell who had been named in the original squad was not considered due to a slight hamstring problem.

The injury that Nall Ronan suffered in the Scarlets game and the continued absence of David Wallace means Tommy O’Donnell gets to wear the number 7 jersey while Nick Williams returns from a knee injury to anchor the scrum.

Second Half Sets It Up 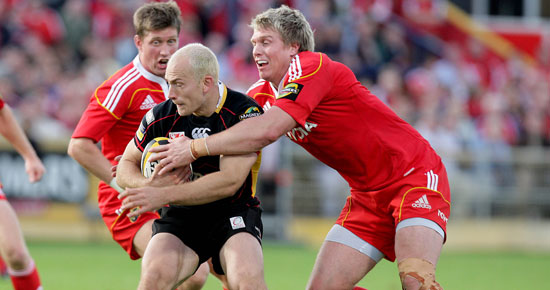 If the game against Leinster at the RDS provides the ideal lead-in for Munster to their Euro opener against Northampton Saints then the win over The Dragons couldn’t have come at a more opportune time.

That 27-3 bonus point win came on the back of an opening half that ended in a 3-3 scoreline at which point Munster would not have had much punter money on them winning never mind winning with a bonus point.

"I think that was one of the pleasing aspects." coach Tony McGahan admitted to media afterwards. " To end up scoring four tries in the second half and not concede any. That’s a good Dragons side and at half time we knew we had to up the ante. Sometimes you all about doing that in games like this. But you know they (the opposition) are doing the same thing. But our lads imposed themselves in the second half and we’d have to be very happy with the way the went about their business. I think it augers well for the season ahead."

And without question one of those who imposed himself on the game was number 8, the Aucklander, Nick Williams. He scored his first try in the 44th minute, driving over from close range with Tomas O’Leary, almost, but not quite literally, up his bum. At that stage, Ronan O’Gara – a commanding presence throughout – missed the conversion but departed shortly after along with Shaun Connors for what were determined yellow card offences but O’Leary, back for his first start since his April injury, nonchalantly added the extras when Williams crashed over for his second try in the 58th minute.

Doug Howlett ensured an easy 100% return for O’Leary when his sublime midfield break ended with a try under the posts and O’Gara was back to set up the field position with a delightful touch find that set up th field position that resulted in a third try for Man of the Match Williams.

He fully deserved the award but had the vote gone against him, the cut glass could have ended up on Lifeimi Mafi’s sideboard after an evening spent destroying Dragons or with Mick O’Driscoll who once again put his body on the line with fearless abandon.

It was also the night that Jean de Villiers made his Munster bow. He was meant to start from the bench but Keith Earls’s illness denied him a sneaky intro. He admitted beforehand to being more nervous before this game than before any of the Test games he’s played for the Springboks.

On the evidence of his first 79 minutes, this looks like a real bit of ‘good business’ by what Gerry Thornley (Irish Times) calls the ‘Munster Brains Trust.’ 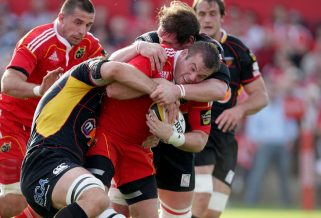 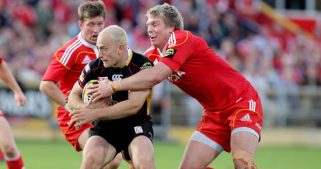 Second Half Sets It Up