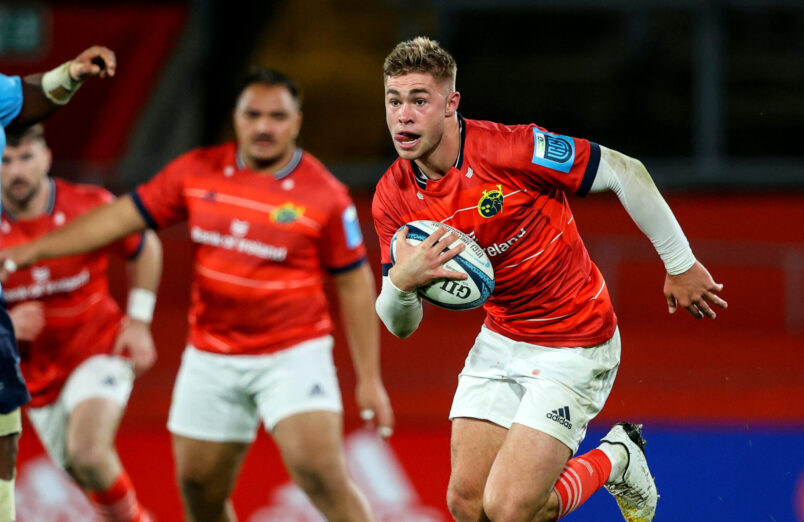 Jack Crowley starts at full-back for the first time. Inpho

The Munster side has been named ahead of Saturday’s round 6 URC clash against Leinster at the Aviva Stadium (5.15pm – live on RTÉ, Premier Sports, SuperSport, Discovery + & URC TV).

There are eight changes to the side that beat the Bulls last week with two positional switches.

The backline changes see Jack Crowley, Rory Scannell and Conor Murray start with Crowley named at full-back for the first time as Shane Daly moves to the wing.

Ahern, Barron, Crowley, Hodnett and Scannell all make their first starts of the season.

James French is among the replacements and in line to make his second senior appearance for Munster. Greencore Munster Rugby Academy duo Ruadhan Quinn and Patrick Campbell are also named in the replacements.

Shane Daly and Liam Coombes start on either flank with Jack Crowley at full-back.

Rory Scannell starts at inside centre as Dan Goggin moves to outside centre with Conor Murray and Joey Carbery in the half-backs.

Jeremy Loughman, Diarmuid Barron and Keynan Knox pack down in the front row with Jean Kleyn and Tom Ahern in the engine room.

Jack O’Donoghue captains the side from the back row with Hodnett and Gavin Coombes completing the side.

In player news, Peter O’Mahony didn’t come through training this week due to a neck complaint but will join the Ireland squad next week.

Report | Defeat For Munster In Dublin 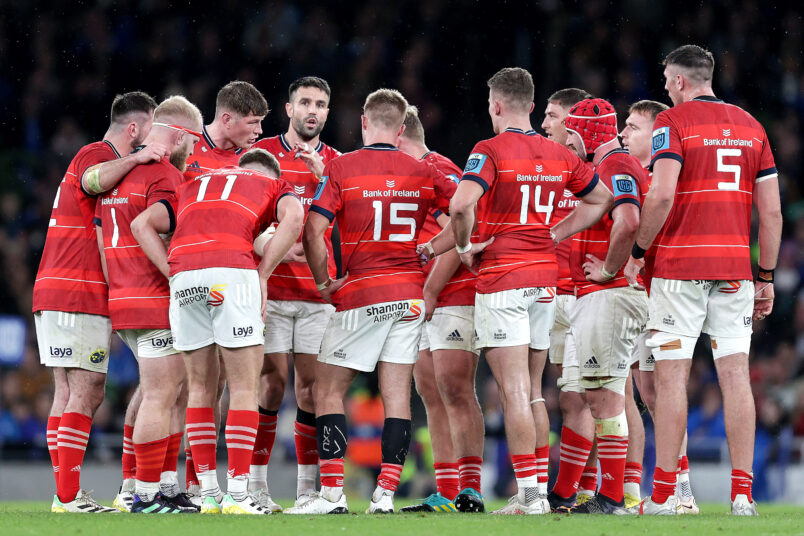 The Munster team huddle during the game. Inpho

Munster were beaten 27-13 at the Aviva Stadium on Saturday night with Liam Coombes touching down as Joey Carbery kicked eight points.

It was a costly night on the injury front with Jean Kleyn, Liam Coombes, Joey Carbery and Jack O’Sullivan all departing with knocks.

Kleyn and Keynan Knox were sin-binned in the first half but Munster defended superbly and trailed 7-6 at the break as Carbery kicked two penalties.

Coombes’ try on 46 minutes saw 14-man Munster take a 13-7 advantage but Leinster scored three tries in the final half hour to secure the victory.

Munster needed to defend strongly early on and held Leinster up over the line before Jonathan Sexton missed a shot at goal.

The Munster defence were forcing errors and knock-ons with Carbery wide on 20 minutes from long range before Robbie Henshaw was pinged for offside and Carbery made no mistake this time to make it 3-0 after 22 minutes.

Knox was sin-binned for an illegal clearout on James Ryan after 26 minutes with Dave Kilcoyne replacing John Hodnett as Jeremy Loughman moved to tighthead.

Leinster took advantage of the extra man immediately with Scott Penny scoring from close range on 27 minutes as they made the hard yards off a five-metre scrum. Sexton converted to make it 7-3.

Despite being down a man, Munster won a scrum penalty and when Caelan Doris was penalised at the breakdown, Carbery made it 7-6 after 34 minutes.

Jean Kleyn was sin-binned after landing on Jamie Osborne when attempting to block the Leinster centre’s chip over the top late in the half.

Leinster went for the corner and tried to maul over but the Munster pack, minus Kleyn, were equal to the effort and held them up over the line as the clock passed 40.

14-man Munster went in front for the first time on 46 minutes as Jack O’Donoghue put boot to ball when a Leinster pass went loose.

John Hodnett showed his pace as he made great ground before Gavin Coombes swung a pass to Liam Coombes on the left wing to score. Carbery converted to make it 13-7 as Kleyn returned in time for the restart.

A big Andrew Porter turnover put Leinster back on the front foot and Dan Sheehan put Leinster back ahead in the 50th minute as he crossed after going down the blindside off a maul. Sexton converted and Leinster led 14-13.

Sexton made it 17-13 to Leinster after a tough call on Hodnett at the breakdown after 57 minutes.

Luke McGrath scored the third Leinster try after 61 minutes after their rolling maul got to within five metre and the scrum-half darted over. Sexton was off target with the conversion but Leinster led 22-13.

Munster had a big opportunity when Leinster were pinged for offside with 15 minutes to go and Healy kicked to the right corner. After piling on the pressure, Leinster eventually won a scrum penalty and the chance was gone.

Jack O’Sullivan suffered an injury in the aftermath of the scrum with hooker Scott Buckley coming into the side in the back row.

The hosts had the final say as Rob Russell scored in the left corner with three minutes to go.

Academy players Patrick Campbell and Ruadhan Quinn both featured off the bench. 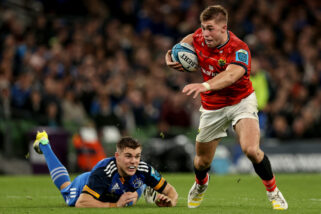 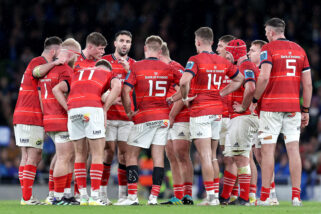 Report | Defeat For Munster In Dublin