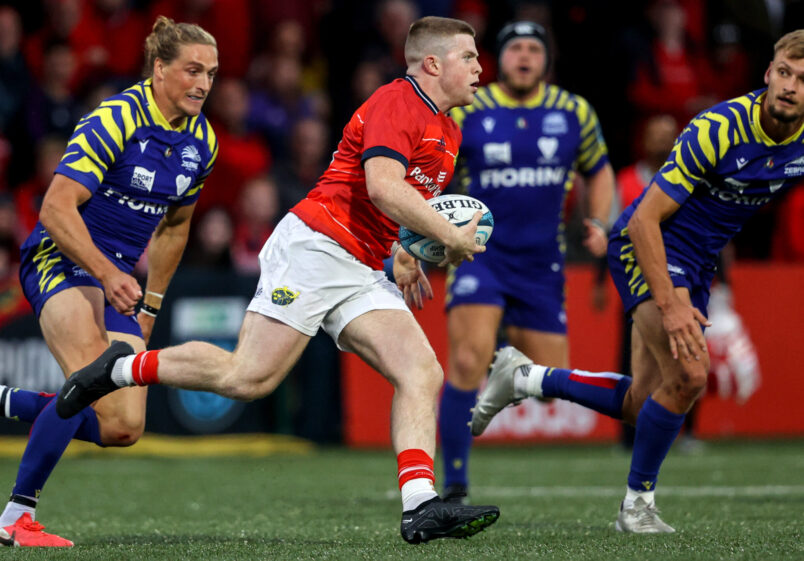 Patrick Campbell keeps his place on the wing and is one of four Munster Academy players in the squad. Inpho

The Munster team to face Connacht in round 4 of the BKT URC at the Sportsground on Friday night has been named (7.35pm, live on TG4 & Premier Sports).

There are four changes to the side that beat Zebre last weekend.

Joey Carbery, Gavin Coombes and Conor Murray all start for the first time this season with Carbery making his first start at full-back for Munster.

Jean Kleyn also comes into the side after recovering from a head knock,

Greencore Munster Rugby Academy duo Conor Phillips and Patrick Campbell keep their places on either flank with Carbery completing the back three.

The front row of Dave Kilcoyne, Niall Scannell and Keynan Knox is unchanged with Kleyn coming in to partner Tadhg Beirne in the engine room.

Jack O’Donoghue, captain Peter O’Mahony and Coombes complete the side.

There are two Academy players among the replacements with Fionn Gibbons set to make his Munster debut and Edwin Edogbo in line for his third appearance of the season.

First year Academy player Gibbons can play in the centre and on the wing and was a Grand Slam winner with the Ireland U20s earlier this year.

In player news, Mike Haley and Fineen Wycherley were unavailable after picking up knocks. 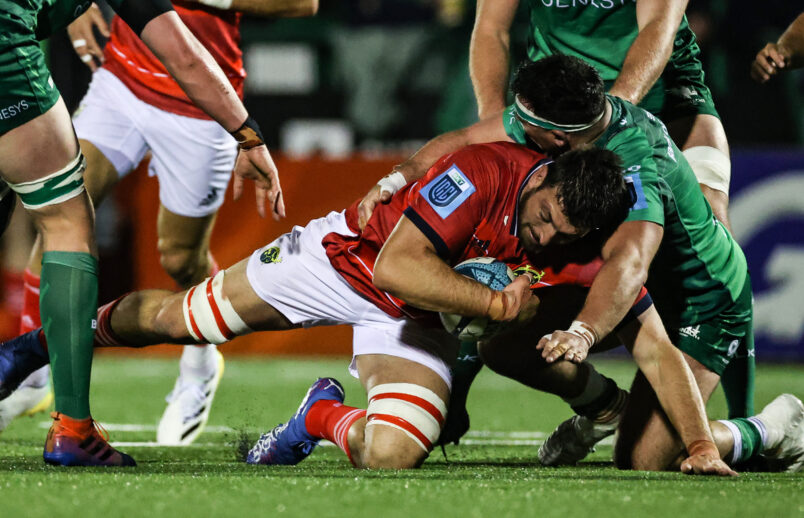 Munster fell to a defeat in round 4 of the BKT United Rugby Championship at the Sportsground on Friday night.

Academy back three player Patrick Campbell scored the only Munster try as Ben Healy kicked two penalties. Connacht came from 11-5 down to claim the victory with Finlay Bealham and Paul Boyle scoring the tries in the final half hour.

Connacht hit the front on seven minutes as Mack Hansen went over in the left corner after Connacht won two scrum penalties to gain territory with Jack Carty floating the pass for Hansen to score.

Carty’s conversion hit the post as the hosts led 5-0.

Gavin Coombes, on his first start of the season, then made good yards on the right wing and nearly found Conor Phillips on his outside but the ball went to ground.

Munster were level on 23 minutes as the maul made great yards and Ben Healy floated a pass for Patrick Campbell to finish brilliantly in the left corner.

Healy was just wide with the touchline conversion and the teams were level.

A trademark Tadhg Beirne turnover just before the break halted a Connacht attack with Munster launching their best attack of the match with Peter O’Mahony and Dave Kilcoyne showing great hands.

Connacht were eventually pinged with Healy kicking Munster 8-5 ahead at the interval.

Munster started the second half well and after another well-worked maul, Connacht were pinged at the breakdown and Healy’s second penalty made it 11-5 after 47 minutes.

A big moment for Munster saw Conor Murray tackle Jarrad Butler at the base of a scrum and Peter O’Mahony won the turnover. The visitors then looked to attack Connacht but gave away a breakdown penalty to let them off the hook.

Connacht were back in the game on 53 minutes after Bealham managed to touch down despite the best efforts of Edwin Edogbo following a rolling maul. Carty couldn’t convert and Munster stayed 11-10 in front.

A Conor Fitzgerald penalty just past the hour moved Connacht into a 13-11 lead after Munster were pinged at the breakdown.

Connacht scored their third try late on as Paul Boyle scored from close range and Fitzgerald converted to close out the game for the hosts.

4 Academy players featured for Munster with Fionn Gibbons coming on for his debut.

Peter O’Mahony will be assessed for a neck injury sustained on 72 minutes. 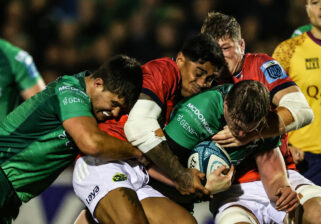 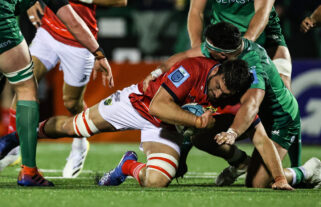 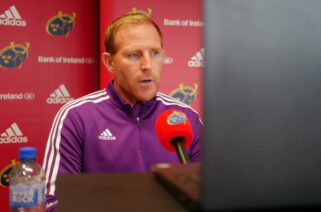