Team News | Munster Side To Face Bulls At Thomond Park 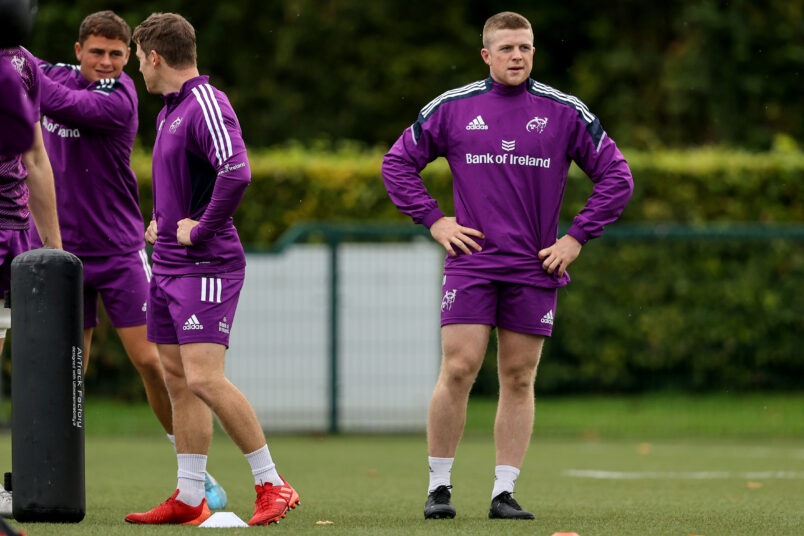 The Munster side has been named for Saturday night’s round 5 United Rugby Championship clash against Vodacom Bulls at Thomond Park (7.35pm).

The game is Munster’s first match at Thomond Park this season. A scheduled upgrade of the playing surface at Thomond Park was completed over the summer as a hybrid pitch with reinforced turf technology, similar to the Aviva Stadium, was installed.

Two Greencore Munster Rugby Academy players start the clash with 19-year-old lock Edwin Edogbo making his first start for Munster as 20-year-old Patrick Campbell keeps his place in the side.

Second year Academy player Edogbo, who came up through the ranks at Cobh Pirates and plays his AIL rugby with UCC, missed all of last season with an Achilles tendon injury but has already made three URC appearances as a replacement this season.

Seven of the nine Munster players who missed the last three games due to the Emerging Ireland tour come straight into the squad.

There are six personnel changes to the starting XV that faced Connacht last week with three positional moves.

Academy man Patrick Campbell reverts to his more familiar role at full-back with Calvin Nash and Shane Daly returning from South Africa to start on either flank.

Dan Goggin and Malakai Fekitoa continue their centre partnership with a new half-back pairing of Craig Casey and Joey Carbery. Carbery starts at out-half for the first time this season after filling in at full-back last week.

Jeremy Loughman starts for the first time this season with Stephen Archer also coming into the side as Niall Scannell completes the front row.

Jean Kleyn and Edwin Edogbo start in the engine room with Tadhg Beirne moving to the back row alongside captain Peter O’Mahony and Gavin Coombes.

Diarmuid Barron, Roman Salanoa, Tom Ahern, Jack Crowley and John Hodnett are all named among the replacements on their return from Emerging Ireland duty.

Hear from Munster Defence Coach Denis Leamy and scrum-half Craig Casey ahead of the game. 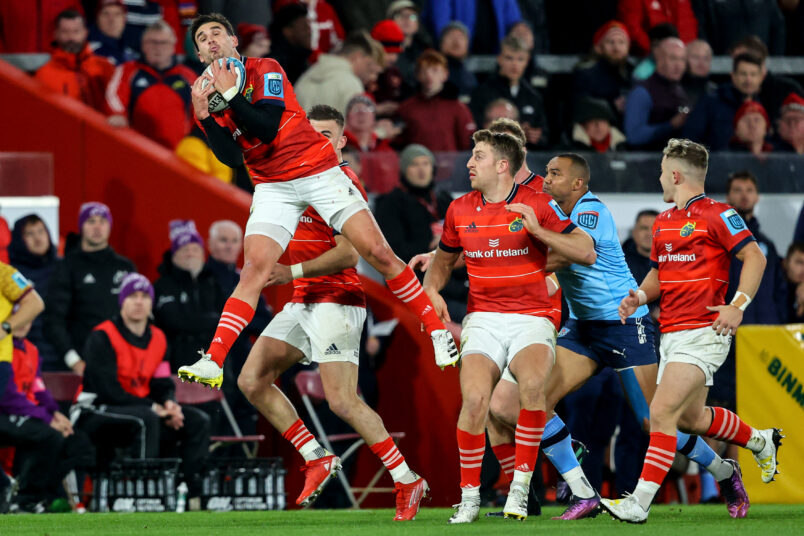 Munster got their Thomond Park campaign off to a winning start with a bonus point win against the Vodacom Bulls in tonight’s BKT URC Round 5 clash.

The atrocious conditions didn’t deter the 12,218 supporters who attended Thomond Park as they got behind Graham Rowntree’s men and were in full voice for 80-minutes.

Munster’s tries came from Gavin Coombes (2), Jeremy Loughman and Tadhg Beirne with Player of the Match Joey Carbery faultless from the tee adding the four conversions and a penalty.

While it was a scrappy start from Munster, there was a noticeable increase in physicality this week as the men in red dominated territory and possession in the opening half and when they got consistency on their phase play, the points arrived courtesy of two Gavin Coombes tries.

A good half from the Munster men saw them score 17 unanswered points after an early Bulls penalty.

Edwin Edogbo made his presence felt from early doors when the Bulls attack was held up outside the Munster 22 and the young Cobh man was there to force the turnover.

A sprightly Craig Casey took a quick tap-penalty following some issues with the scrum and was unlucky to capitalise as he was held up over the line, with the TMO called to adjudicate.

A high tackle gave the Bulls a chance at the posts and Johan Goosen made no mistake with the kick, to hand the visitors the first score after 10 minutes.

Munster had their own chance for points at the start of the second quarter and Joey Carbery restored parity at Thomond Park with a straightforward kick from close in.

Just before the half-hour mark Gavin Coombes got over for the first try as he slid over the line after Munster worked the ball into a scoring position from the line-out. Edogbo and Jean Kleyn were on hand to help power the number 8 across the line.

Carbery made no mistake to add the additional two and Munster led by seven.

A second Coombes try followed with the forward power all involved in the build-up as they edged closer to the line before the ball was touched down by the posts.

Carbery again added the simple conversion with the province going in at the break with a 17-3 lead.

Just three minutes into the second forty and the visitors handed us a try following a hopeful chip inside from Carbery. Chris Smith had the simplest of tasks of collecting to clear but a costly error allowed Jeremy Loughman to kick it on and run in for the easiest of touchdowns.

Ten minutes later the Bulls got over for their first try when Munster ball was turned over and played out to the right for a simple try against the run of play with WJ Steenkamp diving over.

After advancing into the final quarter Munster wrapped up the try bonus point with Tadhg Beirne getting into a great body position to drop below two defenders to score from close-range.

Another soft try was conceded when the ball spilled out in midfield and allowed David Kriel to run 60 yards unchallenged to touch down and eat into the scoreboard.

The opposition looked to close down the margin further and get points from the game but resolute defending from Munster kept the Bulls out and it finished 31-17.

There was a change before kick-off with Patrick Campbell ruled out through illness.  Shane Daly switched to the 15 jersey with Liam Coombes coming straight in on the wing.

Calvin Nash sustained a knock and was replaced at half-time and will be assessed.

Joey Carbery was named the Player of the Match. 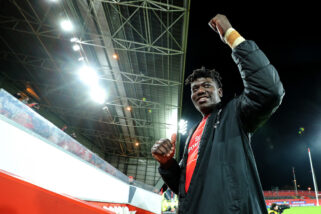 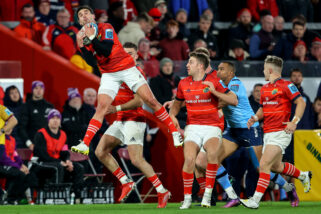