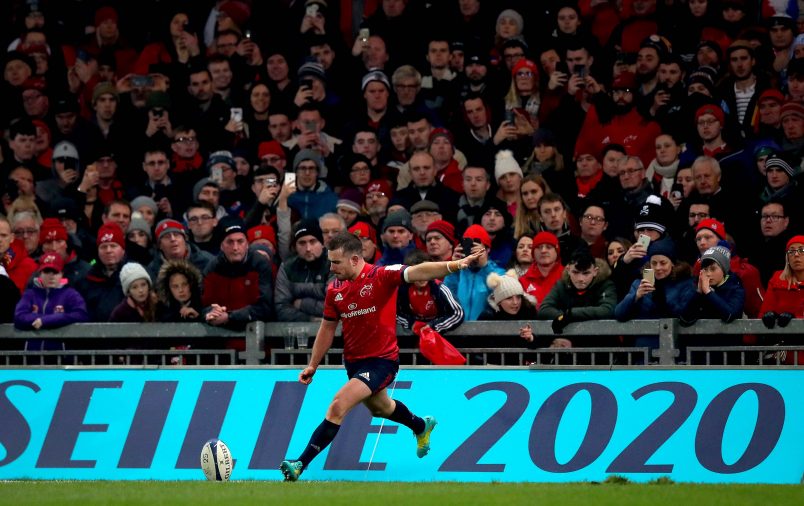 The Munster side has been named for Saturday’s vital Champions Cup clash against Saracens at Thomond Park (5.30pm).

Peter O’Mahony captains Munster with 14 changes to the team that faced Edinburgh last weekend. Stephen Archer, who made his 200th Munster appearance last week, is the only player to retain his place.

Mike Haley, Andrew Conway and Keith Earls are the in-form back three combination with Rory Scannell and Chris Farrell renewing their centre partnership.

Conor Murray and JJ Hanrahan are named in the half-backs.

James Cronin, Niall Scannell and Archer pack down in the front row with Jean Kleyn and Billy Holland in the engine room.

Tadhg Beirne starts in the back row as O’Mahony moves to openside flanker and CJ Stander starts at no.8.

Nick McCarthy is named among the replacements and is set to make his first Champions Cup appearance for Munster.

Tickets from €25 are available here.

Additional pitchside seating has been installed on the goal-line at both ends of Thomond Park to increase the capacity of the ground. 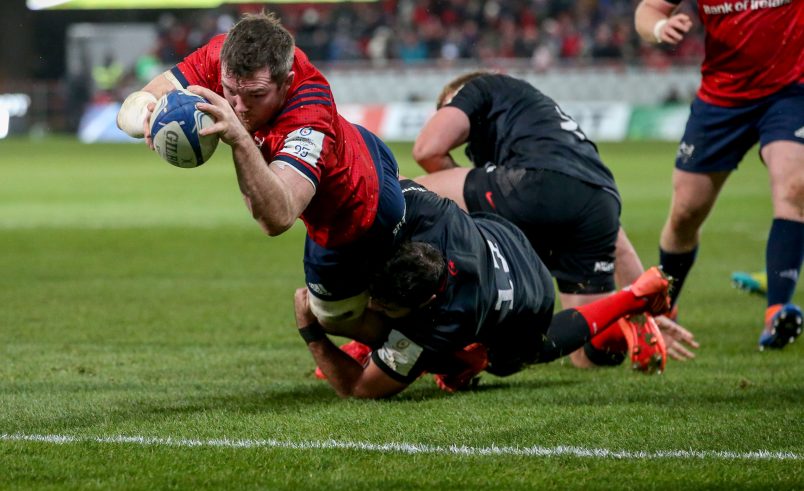 Munster beat Saracens for the first time since October 2014 in horrendous conditions at Thomond Park on Saturday night for a crucial win at the top of Champions Cup Pool 4.

Captain Peter O’Mahony scored the only try with JJ Hanrahan kicking a penalty and a conversion. CJ Stander was awarded Man of the Match after a huge shift.

After three rounds of Champions Cup action, Munster lie second in the table on 11 points with Racing 92 top on 12 and Saracens third with six points.

The sides will meet again in London next Saturday at 3pm.

Munster played with the strong wind in the first half and were on the front foot for the majority with Hanrahan kicking a straightforward penalty on 17 minutes after a good spell of pressure.

Rory Scannell thought he had scored the first Munster try on 21 minutes but the try was ruled out for a Chris Farrell knock-on in the build-up.

O’Mahony scored the crucial first try on the half hour with a superb Scannell pass to Keith Earls releasing the winger for a foray down the left wing.

The winger was brought down metres short but the ball was recycled quickly and Murray fired it to O’Mahony who scored on the stretch. JJ converted superbly and Munster led 10-0.

Saracens had the next opportunity when Niall Scannell gave away a penalty at the breakdown and Ben Spencer’s effort came back off the post.

Chris Farrell caught the dropping ball but his clearance cannoned back off a Munster team-mate and allowed Saracens regain possession deep in the Munster half.

The hosts were pinged for offside and Spencer kicked Saracens’ first points on 36 minutes to make it 10-3.

The conditions had gradually deteriorated during the first half and by the time the second half began, it was lashing rain with the wind making it incredibly difficult for both sides.

CJ Stander was harshly penalised after making a steal at the breakdown early in the second half with Spencer again striking the post. This time, O’Mahony made no mistake with the clearing kick.

The wind and rain had a huge bearing on the game in the second half with neither side able to hang onto the ball long enough to produce any sustained periods of pressure.

Munster were playing into a very strong wind and big turnovers were the order of the day. Billy Holland, Tadhg Beirne, O’Mahony, Jack O’Donoghue and Fineen Wycherley all coming up with important plays to prevent Saracens from getting any momentum.

The hosts looked to have seen out the game when JJ kicked the ball into touch on 80 minutes but there was a final twist.

The TMO had spotted a Munster infringement and Arno Botha was shown a red card for dangerous play as he looked to fend off a Saracens defender.

The hosts kicked to the corner but O’Donoghue managed to steal the lineout and the win was Munster’s.

Munster beat Saracens for the first time since October 2014.

CJ Stander was awarded Man of the Match.

Tadhg Beirne played at 6 for Munster for the first time. 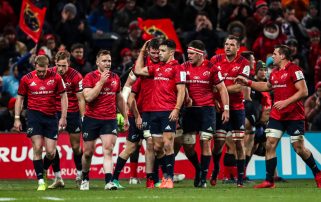 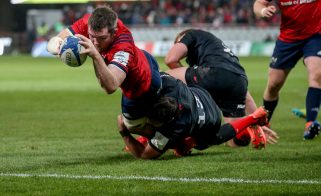 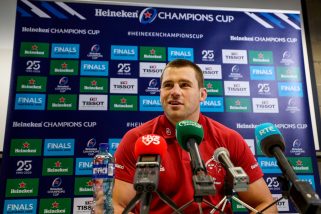 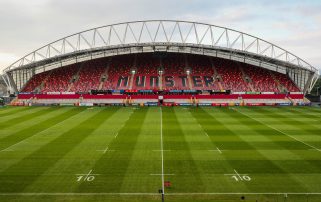 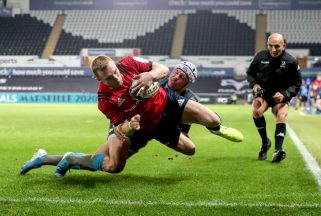 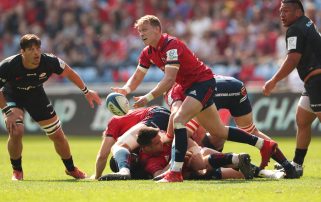 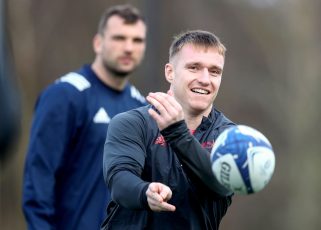 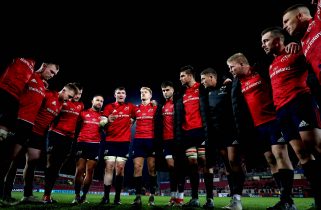 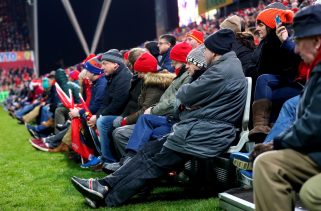