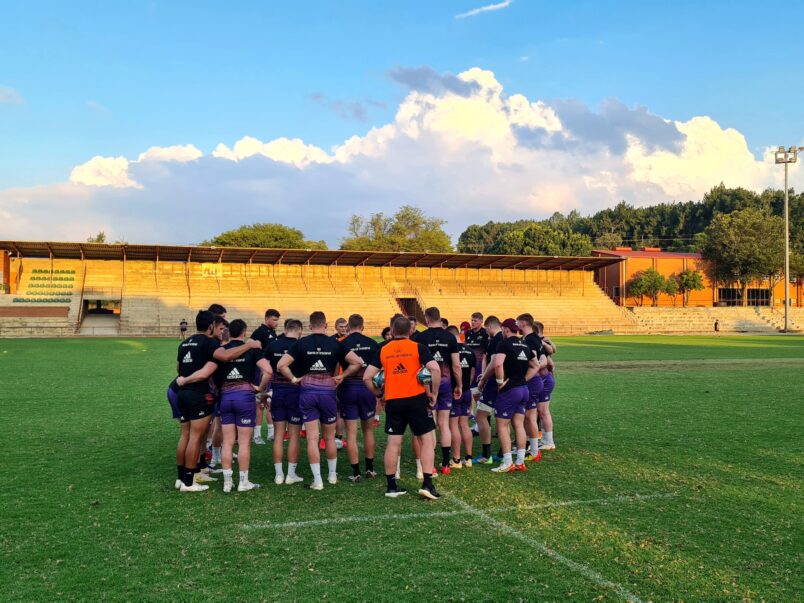 The Munster squad huddle together at Affies School in Pretoria.

The Munster side to face Emirates Lions in Johannesburg on Saturday in the URC has been named (noon Irish time/2pm local).

Jack O’Donoghue captains the side with five changes to the team that faced Vodacom Bulls last time out.

Five Greencore Munster Rugby Academy players are included as Alex Kendellen keeps his place at no.8 with Scott Buckley, Mark Donnelly, Eoin O’Connor and Paddy Patterson among the replacements.

Mike Haley starts at full-back with Calvin Nash and Daly on either flank.

De Allende and Chris Farrell form the centre partnership with Neil Cronin and Crowley in the half-backs.

Ryan joins Josh Wycherley and Niall Scannell in the front row with the second row pairing of Jean Kleyn and Fineen Wycherley unchanged.

O’Donoghue, Hodnett and Kendellen complete the side.

Buckley, Keynan Knox and Liam Coombes come into the squad among the replacements. 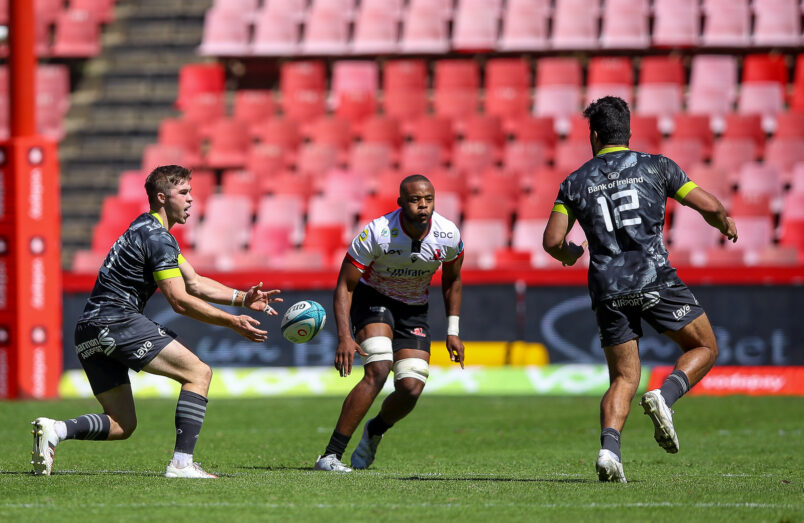 Munster were defeated by Emirates Lions in the sweltering heat of Johannesburg on Saturday afternoon as the hosts mounted a strong comeback to clinch the victory.

John Ryan, Josh Wycherley and Fineen Wycherley touched down for Munster in the first half with Jack Crowley kicking three conversion.

But the Lions fought back well after the break to secure a deserved win.

Munster started superbly with Ryan and Josh Wycherley scoring for a 14-0 lead.

Lions came back into the match towards the end of the first half with Edwill van der Merwe scoring and Jordan Hendrikse kicking five points.

Munster steadied the ship on the stroke of half-time through an outstanding Fineen Wycherley try.

But an Alex Kendellen try was disallowed in the second half and the Lions did very well to come back into the game as Wandisile Simelane touched down and Hendrikse kicked the conversion and two penalties.

A Lions offside from the hosts giving Jack Crowley an early shot at goal but his effort from 53 metres dropped short.

Shane Daly got in over the ball to win a Munster penalty shortly afterwards with Crowley kicking to the corner.

A strong Damian de Allende carry got Munster to within striking range with the big carries following and John Ryan powered over for the first try on seven minutes. Crowley converted for a 7-0 lead.

Alex Kendellen won a big turnover when the Lions looked to get their attack going with Crowley immediately looking for a 50:22. It dropped just short but Munster were back in Lions territory.

Another big Kendellen turnover led to the best move of the match as Munster went through some slick phases and Josh Wycherley scored the second try on 14 minutes with Crowley again converting.

Brilliant maul defence from the Munster pack prevented Lions from hitting back with captain Jack O’Donoghue central to the effort after Lions went to the corner following a number of Munster infringements.

The rearguard action was complete when Munster won the scrum penalty and Crowley cleared to past the 10-metre line.

Neil Cronin was box kicking very effectively with Jean Kleyn gathering his next effort to launch another flowing move but a first handling error from the province put paid to the opportunity.

Edwill van der Merwe finished very well to get the Lions off the mark as the winger powered through Calvin Nash to score in the left corner. Burger Odendaal was the creator as he made a break down the blindside before offloading to van der Merwe.

Jordan Hendrikse converted from the touchline before slotting his first penalty on 35 minutes after a Munster obstruction to reduce the deficit to 14-10.

Munster needed the next score to steady the ship and they scored it in style on the stroke of half-time.

Fineen Wycherley finished strongly from 10 metres out after Jack O’Donoghue and Josh Wycherley played a lovely one-two in midfield before linking with Neil Cronin to give the scoring pass. Crowley’s conversion made it 21-10 at the interval.

Emmanuel Tshituka won a vital turnover for Lions after Munster looked dangerous early in the second half.

Munster looked to be in for the bonus-point try on 49 minutes through Kendellen but the try was chalked off for a forward pass from Neil Cronin in the build-up.

The Lions changed their entire front row on 50 minutes and immediately won a scrum penalty before kicking into Munster territory.

A lung-bursting phase of play on 55 minutes ended, thankfully, with a Lions knock-on with the Munster defence scrambling.

Munster went through 20+ phases in Lions territory as the clock ticked past the hour but the hosts defended aggressively off the line and at the breakdown before winning back possession.

Lions were nearly in for the their second try on 63 minutes when the Tshituka brothers combined to break through the Munster defence but their final pass didn’t go to hand and the ball went forward.

Lions won the penalty off the resulting scrum and Hendrikse kicked the penalty to reduce the Munster lead to eight, 21-13.

A loose Munster pass was punished clinically by the Lions minutes later with Wandisile Simelane showing great pace to score in the right corner. Hendrikse converted and Munster led by a single point with 12 minutes remaining.

A Lions scrum penalty on 70 minutes saw the hosts kick back into the Munster territory.

The hosts went in front for the first time on 72 minutes through Hendrikse’s third penalty after a Munster offside made it 23-21 and that’s how it stayed.

Five Greencore Munster Rugby Academy players were included in the squad with Alex Kendellen starting at no.8. 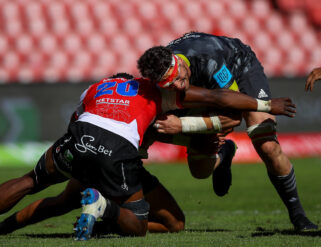 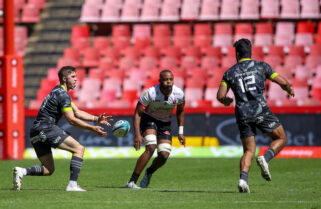 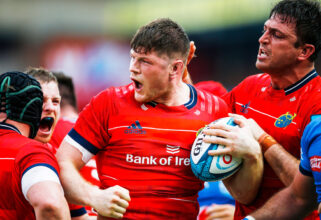 All You Need To Know | Emirates Lions v Munster 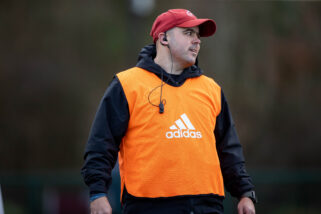 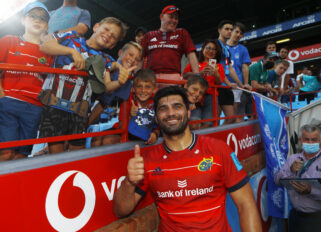 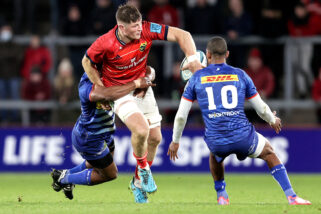 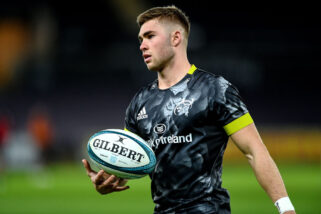