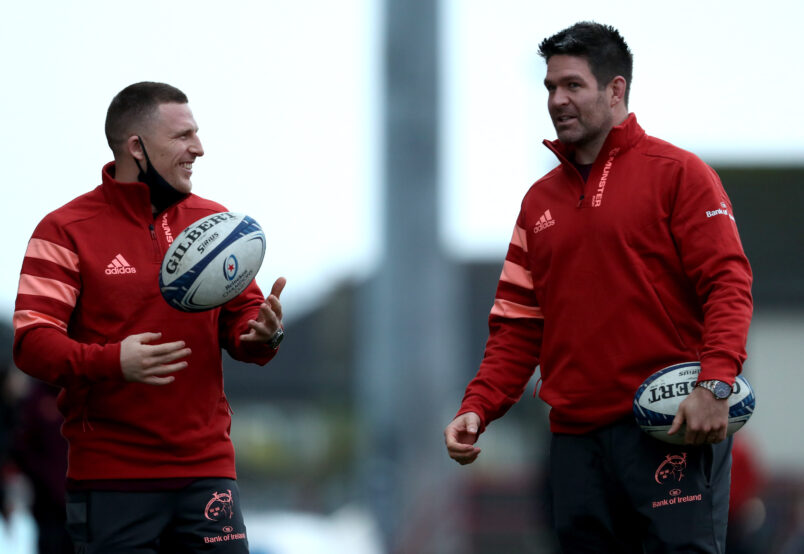 Andrew Conway returns to the side and captain Billy Holland is set for a landmark appearance. Inpho

The Munster team has been named for Saturday night’s Guinness PRO14 clash against Edinburgh at Murrayfield (7.35pm).

There are nine changes to the side that defeated Benetton last time out as Billy Holland captains the team on his 240th appearance for the province.

Holland joins Ronan O’Gara on 240 Munster appearances and is now joint-second on the all-time list behind record-holder Donncha O’Callaghan (268 appearances).

Five of the players who signed contract extensions with the province this week are among the 23-man squad.

Andrew Conway returns to the side for his first appearance since December and is one of four players returning from Ireland camp in the starting backline along with Craig Casey, Shane Daly and Chris Farrell.

Mike Haley is named at full-back with Conway and Daly on either flank.

Damian de Allende is partnered by Farrell in the centres with JJ Hanrahan in the half-backs with Casey.

James Cronin, Niall Scannell and John Ryan pack down in the front row with Jean Kleyn and Holland in the engine room.

Rory Scannell, who has made 138 appearances for the province, is in line to make his 100th PRO14 appearance off the bench.

Hear from Munster Head Coach Johann van Graan and Kevin O’Byrne ahead of the game. 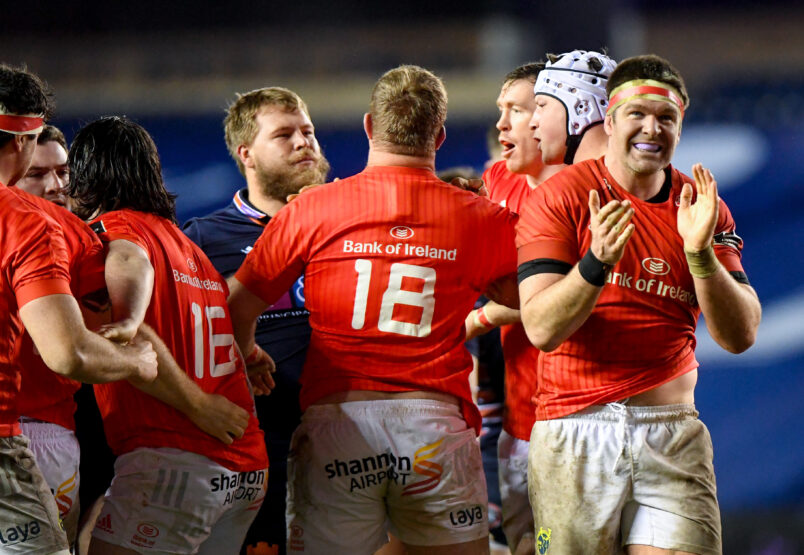 Munster secured another important Guinness PRO14 win at a wet and windy Murrayfield on Saturday night.

Jack O’Donoghue, Craig Casey and Gavin Coombes were the try-scorers with JJ Hanrahan kicking two conversions and a penalty.

Captain Billy Holland was named Guinness Player of the Match after an excellent display on his 240th Munster appearance.

The victory keeps Munster top of Conference B and Johann van Graan’s men are nine points clear of second-placed Connacht with four games remaining in the regular season.

A dominant performance from the pack was key to the win.

Chris Cloete was unlucky to be pinged for an early steal but the flanker was rewarded for his work at the breakdown with a vital steal to foil an early Edinburgh attack.

Edinburgh played with the swirling wind in the first half and were on the front foot early on as Jaco van der Walt kicked the hosts into an early 3-0.

O’Donoghue won an important breakdown penalty to win back possession and Hanrahan levelled matters with his first penalty on 15 minutes.

Superb Munster defence held Edinburgh out midway through the half as they held up Edinburgh over the line to prevent a try and then forced a knock-on following the resulting five-metre scrum.

The Munster scrum then drove through their Edinburgh counterparts to force a penalty and Hanrahan cleared to halfway.

Munster spread the ball wide off the lineout and Mike Haley kicked into the corner with Edinburgh lucky to clear their lines after the initial clearing kick was blocked.

Anther clever Haley kick kept Edinburgh pinned deep in their half and the Munster pack did the rest. A well-worked lineout saw Munster peeling around the blindside with Coombes held up.

The forwards were in a clinical mood however and O’Donoghue twisted to score on 29 minutes as the Waterford man was stopped initially but rolled over the defender to touch down.

Munster were over for their second try on 36 minutes as Casey fooled the defence with a dummy before sniping over from close range.

Hanrahan converted and Munster led 17-3 at the interval.

A Henry Pyrgos kick in behind gave Edinburgh an attacking platform early in the second half and Bill Mata touched down after 45 minutes and van der Walt converted to cut the Munster lead to seven points.

A slick move after a lineout off the top nearly led to a third Munster try but the ball slipped through Mike Haley’s hands as he released the final pass to Andrew Conway.

Gavin Coombes gave Munster some breathing room with his eighth try of the season on 56 minutes after another Casey snipe was halted after a strong rolling maul on 56 minutes.

Hanrahan’s conversion hit the post but Munster led 22-10 as the game entered the final quarter.

Big scrum defence held out Edinburgh as the hosts looked to hit back but the Munster pack held firm with Edinburgh eventually penalised after they were unable to hook the ball.

Edinburgh’s Andrew Davidson received lengthy treatment before being stretchered off late in the game and we wish him a speedy recovery.

Billy Holland was named Guinness Player of the Match on his 240th appearance for the province, joining Ronan O’Gara at joint-second on the all-time list behind record-holder Donncha O’Callaghan (268 appearances). 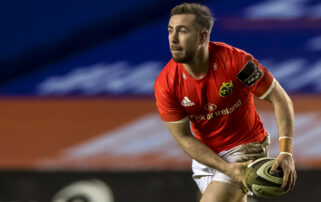 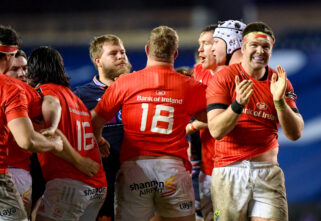 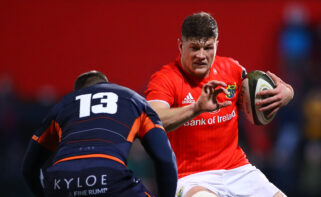 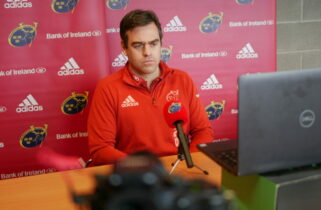 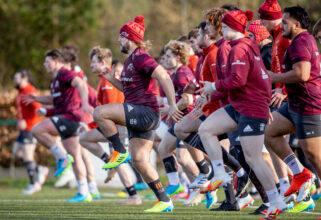 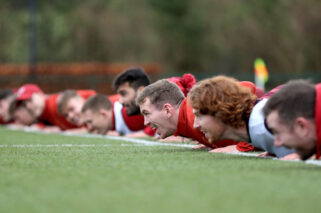 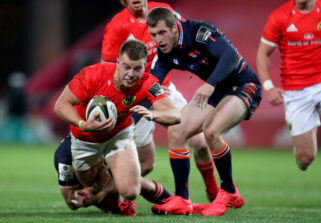