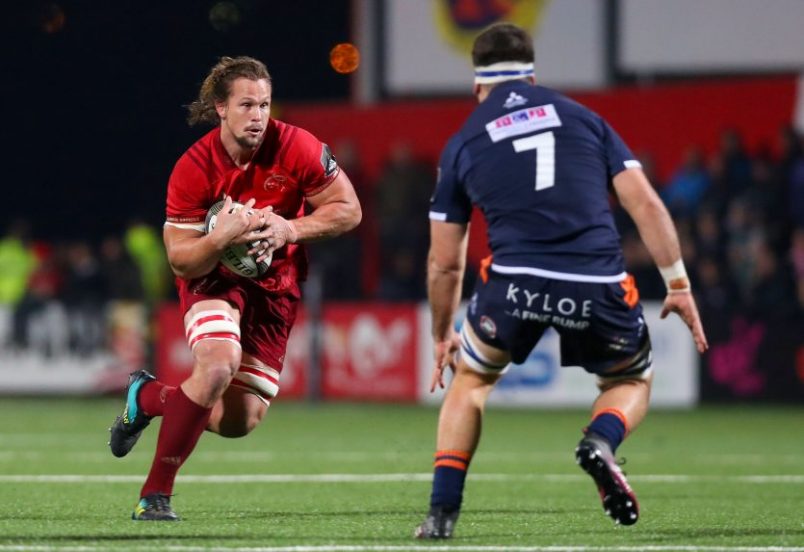 Arno Botha comes into the side at no.8.

The Munster side has been named for Friday night’s Guinness PRO14 clash against Cardiff Blues at Irish Independent Park (7.35pm).

It is the province’s final home game in Cork this season with tickets still available here.

Peter O’Mahony captains the side with six changes to the team that started last week’s Champions Cup quarter-final win over Edinburgh.

Haley starts at full-back with Andrew Conway and Keith Earls on either flank as Rory Scannell and Chris Farrell continue their centre partnership.

Conor Murray and Bleyendaal team up in the half-backs.

Dave Kilcoyne, O’Byrne and John Ryan pack down in the front row with Jean Kleyn and Holland in the engine room.

A back-row of O’Mahony, Cloete and Botha complete the side.

Sammy Arnold returns from injury to take his place among the replacements and is set to make his first appearance since January.

Keith Earls, Niall Scannell and Munster Head Coach Johann van Graan spoke to the media this week ahead of the clash.

Remaining South and North terrace tickets are available online or from the Munster Rugby Ticket offices at Irish Independent Park and Thomond Park or by calling 061 421103 on Wednesday and Thursday from 10am-5pm, and from 9am on match day. Please note that tickets will be available from Munster Rugby offices at Irish Independent Park from 9am-1pm on match day, and then from the Ticket Office outside the Dolphin Gate from 1pm.

If you have already purchased a stand ticket, please note that the stand seating is unreserved. 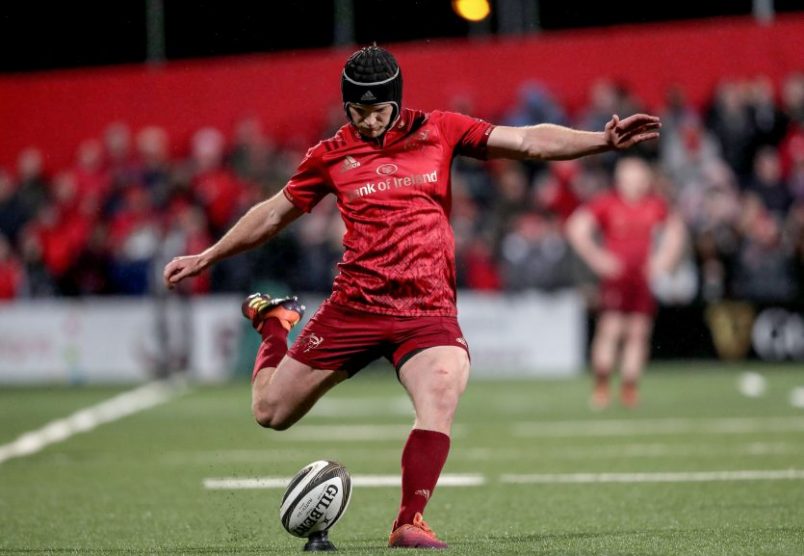 Tyler Bleyendaal was outstanding off the tee.

Munster made it 10 wins in 11 games thanks to Friday night’s bonus-point win over Cardiff Blues in the Guinness PRO14 at a sold-out Irish Independent Park.

Tries from Chris Farrell, Jean Kleyn, CJ Stander, Conor Murray, Andrew Conway and Sammy Arnold secured the win in a clash that was much closer than the scoreline suggests.

Tyler Bleyendaal was outstanding off the tee with five conversions and a penalty as JJ Hanrahan also landed a touchline conversion.

The game saw Irish Independent Park sell out for the fourth time this season with the province on a 20-game unbeaten run at home.

A late change to the announced team saw Darren Sweetnam come straight into the side to replace Keith Earls.

Peter O’Mahony stole an early Cardiff lineout to get Munster on the front foot and after the pack won a scrum penalty, Bleyendaal had a long-range shot at goal but the kick fell short.

Cardiff hit the front after their first attack as Rey Lee-Lo sliced through a gap in the Munster midfield and got his pass away to Tomos Williams.

The scrum-half had a lot to do but finished well and Gareth Anscombe’s conversion gave the visitors a 7-0 lead with eight minutes played.

The Munster response was perfect as they hit back with a Bleyendaal penalty before Farrell was over for the hosts’ first try after 16 minutes.

The score came after O’Mahony won a turnover yards from the Cardiff line and after Kevin O’Byrne was stopped just short, Murray fired a pass for the onrushing Farrell to score.

Munster kept the pressure on and after a clever lineout move was stopped just short, Kleyn crossed from close range for try number two after 29 minutes.

Bleyendaal’s conversion from out wide was spot on and Munster led 17-7.

Cardiff got the next score through their second converted try as they broke clear down the left and livewire full-back Matthew Morgan sent Aled Summerhill over. Anscombe’s conversion reduced the deficit to three points at the break, 17-14.

Cardiff made an excellent start to the second half and hit the front on 46 minutes thanks to a Lee-Lo try.

When Munster were penalised for a high tackle inside the 22, Tomos Williams went for the quick tap and passed for Lee-Lo to score from close range.

Having missed a penalty just after the break, Anscombe made no mistake this time and led 21-17

Murray scored the bonus-point try on the hour as the scrum-half saw his try awarded after a lengthy consultation with the TMO.

Murray grounded the ball at the base of a ruck for the score and Bleyendaal added the extras for a 31-21 lead.

Munster made sure of the points with 15 minutes remaining as Farrell and Mike Haley combined to put Conway away in the right corner before a late Sammy Arnold effort rounded off a great night.

Munster are back in action against Benetton in Italy next week and face Connacht at Thomond Park on Saturday, April 27. Buy tickets here

Peter O’Mahony was awarded Man of the Match.

Sammy Arnold returned from injury to make his first appearance since January. 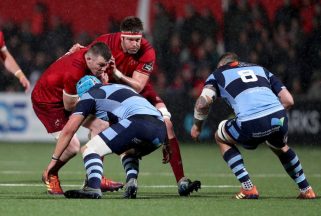 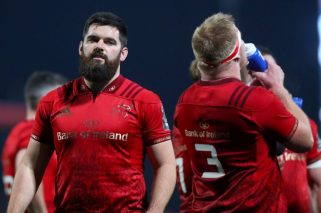 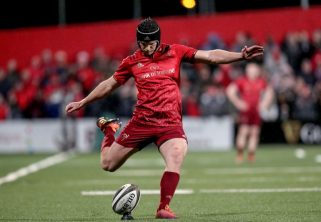 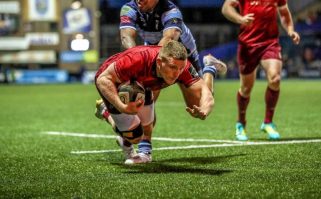 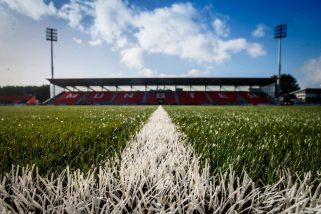 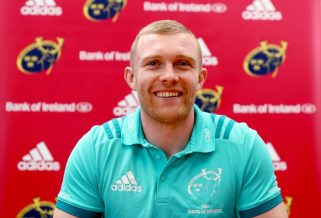 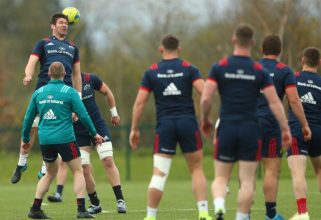 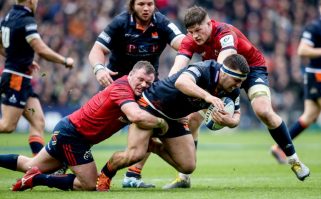 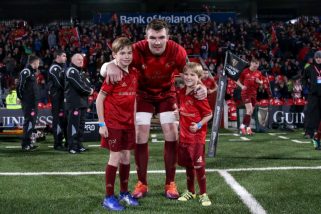 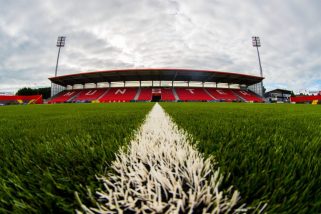 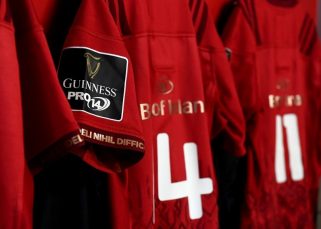