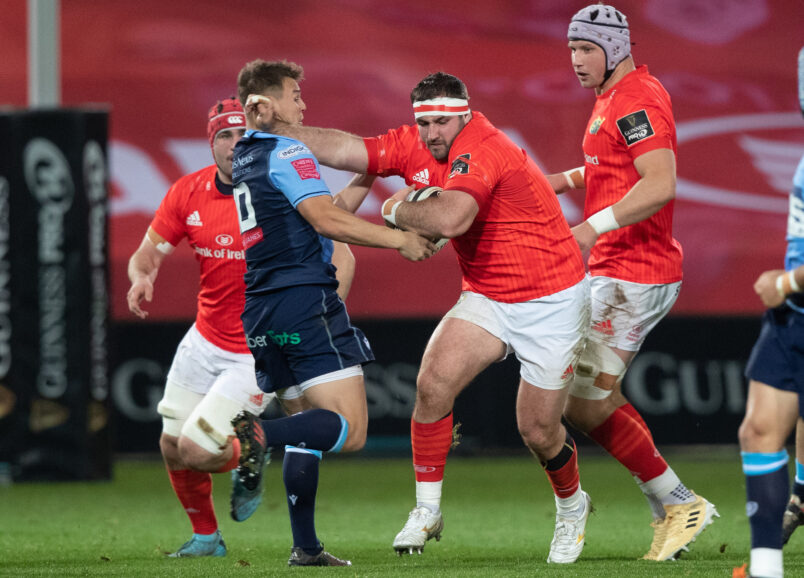 The Munster side has been named for Friday’s Guinness PRO14 Rainbow Cup clash against Cardiff Blues at Thomond Park (7.35pm).

There are seven changes to the side as Mike Haley, Rory Scannell, Joey Carbery, Niall Scannell, Stephen Archer, Fineen Wycherley and Tommy O’Donnell come into the starting XV.

Haley is named at full-back as wingers Andrew Conway and Shane Daly keep their places.

Rory Scannell starts at inside centre as Damian de Allende moves to the 13 jersey.

Craig Casey keeps his place at scrum-half and is joined by Joey Carbery in the half-backs.

Cronin, Niall Scannell and Archer start in the front row with Jean Kleyn and Wycherley in the engine room.

Jack O’Donoghue, O’Donnell and Stander complete the side.

Gavin Coombes returns from illness and is named among the replacements.

Greencore Munster Rugby Academy out-half Jack Crowley made his debut with the Ireland 7s team last week and is set to make his third senior appearance off the bench.

Scrum-half Nick McCarthy is set for his final Munster appearance at Thomond Park if sprung from the bench.

Hear from Forwards Coach Graham Rowntree and Tommy O’Donnell ahead of the game. 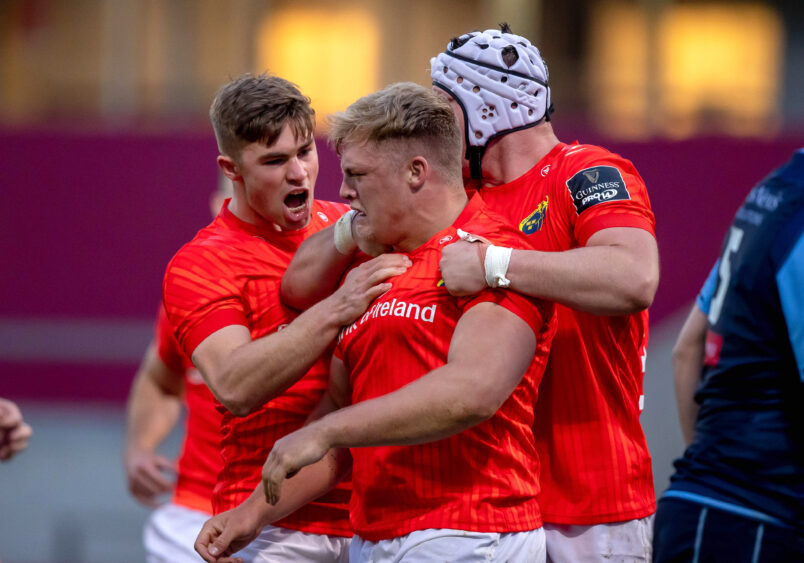 Munster secured a bonus-point win over Cardiff Blues at Thomond Park on Friday night to make it three wins from four in the Guinness PRO14 Rainbow Cup.

The squad and management stayed on the pitch long after the final whistle on an emotional night as CJ Stander, Tommy O’Donnell, James Cronin and Nick McCarthy played their final games at Thomond Park.

It was a thrilling encounter that could have gone either way but a 74th-minute try from Keynan Knox secured a crucial victory for Johann van Graan’s side.

Niall Scannell touched down twice off rolling mauls with Fineen Wycherley also scoring for Munster with Joey Carbery perfect off the tee,  kicking four conversions and a penalty.

The bonus-point win sees Munster move to the top of the Rainbow Cup but Benetton will return to the summit if they defeat Connacht in Italy on Saturday.

A trademark powerful CJ Stander break off the back of a scrum gave Munster a great attacking platform but Niall Scannell was pinged for going off his feet and the chance was gone.

The Blues extended their lead on 18 minutes with an Evans penalty making it 10-0 to the visitors.

James Cronin’s turnover on 26 minutes finally put Munster on the front foot and Scannell scored the first try four minutes later as Jean Kleyn took the lineout and made a quick transfer to Stander and Munster mauled over.

A double-tackle from Cronin and Tommy O’Donnell led to another Munster penalty and the hosts were clinical once again as Carbery kicked into the Cardiff 22 and Wycherley scored after Damian de Allende had made the hard yards.

Niall Scannell scored from another rolling maul on 37 minutes. Player of the Match Andrew Conway did brilliantly to win the aerial battle and Mike Haley tackled Evans into touch with the pack doing the rest.

Carbery kicked all three conversions, which would prove crucial, from near the right touchline.

A high tackle by Olly Robinson on Conway gave Munster a chance early in the second half but Cardiff defended the maul well and earned a scrum.

The visitors hit back thanks to a second try from scrum-half Williams on 45 minutes after a well-worked move with Hallam Amos providing the assist. Evans’ conversion made it 21-17.

De Allende was as impressive as ever throughout and won a breakdown penalty after 48 minutes with Carbery’s three-pointer moving the hosts seven in front, 24-17.

Munster were dealt a blow when Haley was sin-binned on 54 minutes for making contact with the head of Amos when making a tackle on the right wing.

Evans kicked the resulting penalty to the corner and while the 14 men of Munster defended well initially, Josh Turnbull eventually made a break in midfield before offloading for Lloyd Williams to score.

Evans converted to make it 24-all with 23 minutes to play.

Munster were pinged for going off their feet on 69 minutes and Evans moved Cardiff three points in front with the Welsh capital side closing in on their first victory at Thomond Park in the professional era.

Munster came up trumps however as replacement Gavin Coombes won back possession at the breakdown and Munster attacked down the left wing through fellow replacement Peter O’Mahony.

The hosts had penalty advantage as they went through the phases close to the Cardiff line but they didn’t need it as Knox powered through for the all-important fourth try and Carbery converted.

There was still time for Cardiff to attack and Dai Young’s impressive outfit were awarded a penalty in the Munster 22 on 83 minutes. Before they could kick to the corner, Stander used his Captain’s Challenge to check a possible Cardiff infringement at the ruck.

Scrum-half Lloyd Williams was adjudged to have moved the ball back into the ruck and the Challenge was upheld to give Munster a hard-earned victory on an emotional night.

Andrew Conway was named Guinness Player of the Match.

The bonus-point win sees Munster move to the top of the Rainbow Cup but Benetton will return to the summit if they defeat Connacht in Italy on Saturday. 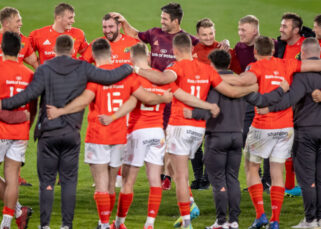 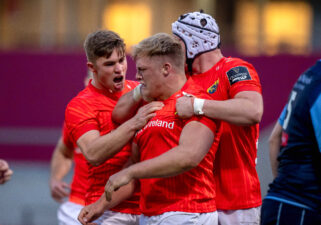 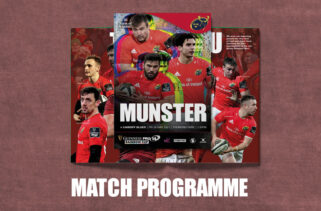 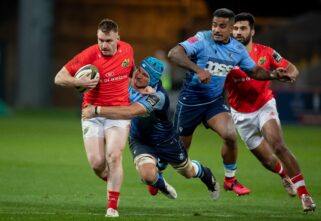 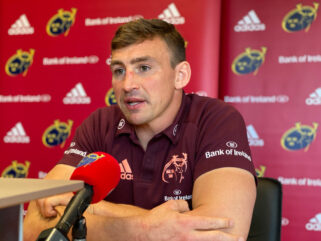 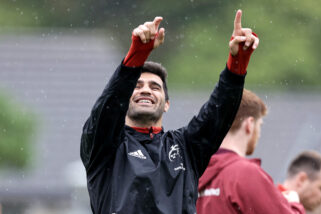 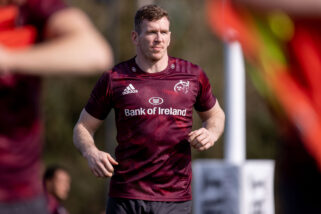 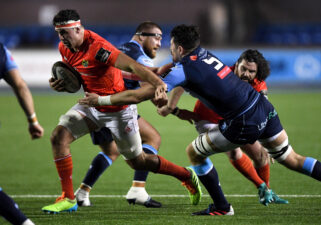