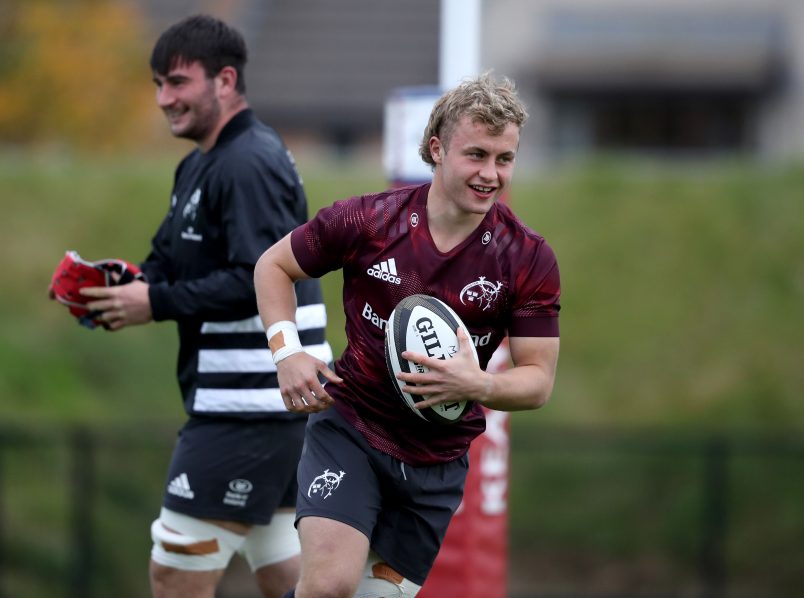 The Munster side has been named for Monday night’s Round 3 Guinness PRO14 game against Cardiff Blues at Thomond Park (8.15pm — live on eir Sport, TG4 and Premier Sports).

There are nine changes to the side that defeated Edinburgh at the Limerick venue just over two weeks ago.

Making his first appearance of the season Billy Holland captains the side as he starts alongside Fineen Wycherley in the second row.

It’s an all changed front row with James Cronin, Kevin O’Byrne, and Stephen Archer scrumming down together.

In the back row the Academy’s John Hodnett starts at openside and Gavin Coombes comes in at number eight while Jack O’Donoghue retains his place on the blindside flank.

Craig Casey and Academy out-half Ben Healy continue in the half backs while Rory Scannell is joined by Dan Goggin in midfield.

The final changes to the back three see Darren Sweetnam and Calvin Nash covering the wings with Nash making his first appearance of the campaign.

Mike Haley completes the starting XV at full back.

In the replacements, Academy prop Josh Wycherley is in line to make his Munster debut should he be introduced.  The younger brother of Fineen, he is one of five West Cork representatives in the side.

Last Day To Get Free Junior Pack Before Christmas

Registration for the Junior MRSC is once again FREE with thanks to fantastic sponsors Inver, and we’ve got some great events and competitions planned for the coming year.

You need to have registered by Monday, October 26, to receive your FREE Christmas pack! You can still register after this date, but you will not receive a pack.

You can register for the Junior Club by following this link.

Junior Club members will avail of the following benefits: 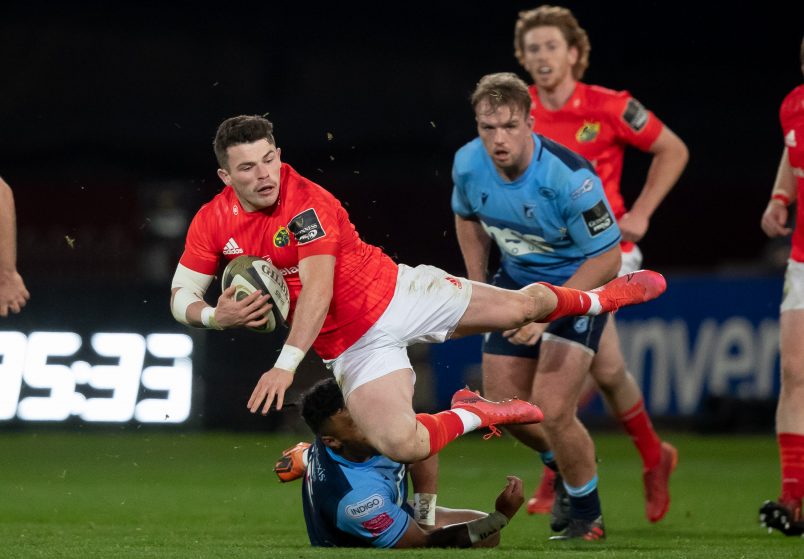 Munster have started the season with three wins from three and lead Guinness PRO14 Conference B after a thrilling bonus-point victory over Cardiff Blues at Thomond Park on Monday night.

Gavin Coombes scored two tries with Kevin O’Byrne, Player of the Match Jack O’Donoghue and JJ Hanrahan also touching down as Ben Healy kicked four conversions and a penalty with JJ converting his own try.

Cardiff made the perfect start and led 7-0 inside the opening two minutes. Having kicked an early penalty to the corner, out-half Jarrod Evans nearly broke through with Rory Scannell just making the tackle but Evans offloaded for Rey Lee-Lo to score.

Munster looked to hit back immediately and Cardiff were down to 14 when Willis Halaholo tripped Dan Goggin after the centre chased his own grubber in behind.

Ben Healy kicked the penalty into the corner and after pounding away at the Blues line, the pressure eventually told as Coombes touched down. Healy converted and the sides were level at 7-7 after seven minutes.

The hosts were on top now with James Cronin and Academy flanker John Hodnett prominent but Healy’s penalty to the corner was overcooked and slack Munster defence then allowed James Botham to make a surge into our half.

Mike Haley made the tackle but Hodnett was penalised for his attempt to poach and Evans kicked Cardiff back in front, 10-7.

Commbes and Hodnett were both held-up over the line as Munster kept knocking on the door and after turning down a number of shots at goal, Coombes eventually scored his second try of the night. Healy’s conversion made it 14-10.

The try came at a cost however as Goggin shipped a knock in the build-up and had to be replaced by Damian de Allende.

Evans’ second penalty reduced the Munster lead to a point after Billy Holland was penalised for a high tackle.

Munster ended the first half strongly and when O’Byrne was tackled too high after collecting Fineen Wycherley’s offload, Healy kicked his first penalty of the night for a 17-13 half-time lead.

It was nip and tuck at the start of the second half but Coombes won a big penalty for Munster on 49 minutes and Healy was unlucky to see his effort strike the post.

A very well executed rolling maul paved the way for O’Byrne to score the third Munster try on 51 minutes after some inventive interlinking between the forwards and the backline earned the scoring opportunity.

Healy’s conversion moved Munster into a 24-13 lead but Cardiff struck back almost immediately as Evans sliced through midfield and released Aled Summerhill for their second try. Evans’ conversion made it 24-20 with the game still in the balance as we entered the final 25 minutes.

A costly Cardiff knock-on from the restart gave Munster prime field position and Johann van Graan’s men were clinical once again with O’Donoghue scoring from close range and Healy converting.

It was Cardiff’s turn to show their resilience as they hit back almost immediately through a Willis Halaholo try with Evans’ conversion making it a four-point game after 63 minutes.

Replacement Hanrahan scored the try of the night after 66 minutes after a fantastic team move. Rhys Marshall, Hanrahan, de Allende, Darren Sweetnam and Scannell all made offloads in the build-up with Hanrahan running in under the posts.

Hanrahan converted his own try and Munster finished strongly with Coombes nearly completing his hat-trick but it was another win for Munster to continue the strong start to the campaign.

Download the official match programme by clicking the link below and pressing ‘read’ below the cover.

Jack O’Donoghue was named Guinness Player of the Match.

Dan Goggin was removed in the first half with a shoulder injury and will undergo a scan.

Academy prop Josh Wycherley made his Munster debut as a replacement with fellow Academy man Ben Healy and John Hodnett starting the clash. 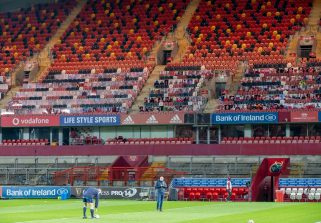 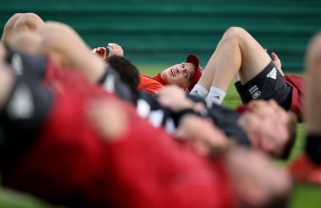 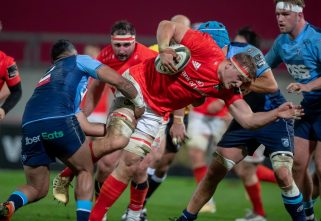 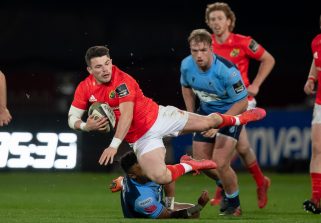 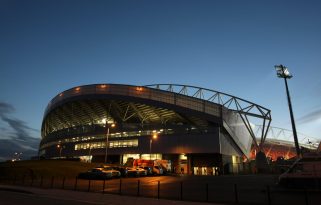 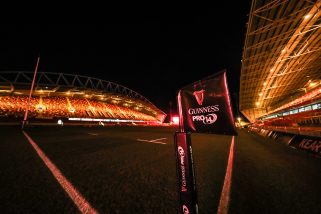 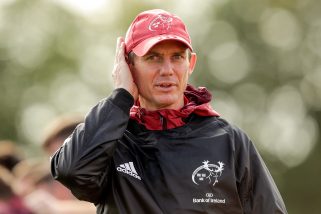 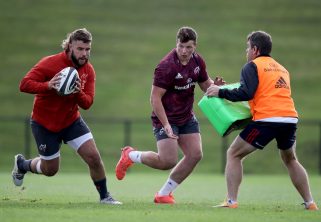 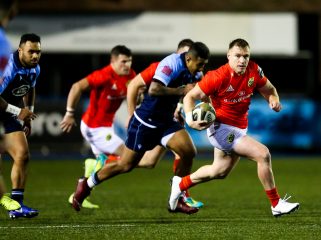 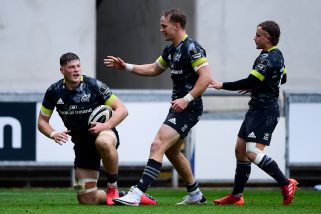