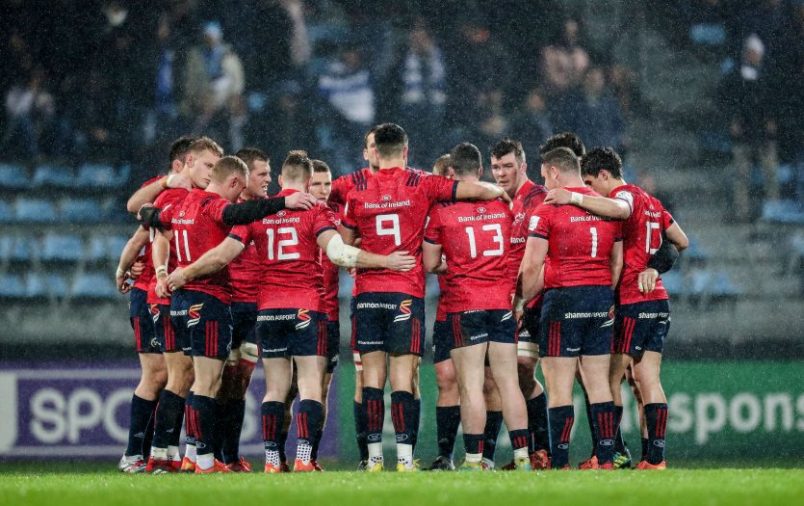 The Munster team will face Saracens at the Ricoh Arena.

Peter O’Mahony returns to captain the side as one of 11 changes to the team that defeated Zebre in the Guinness PRO14 last weekend.

Joey Carbery has recovered from a hamstring injury and returns to the backline along with Andrew Conway, Chris Farrell, Keith Earls and Conor Murray.

The six changes in the pack see Dave Kilcoyne, Niall Scannell and John Ryan pack down in the front row with locks Jean Kleyn and Tadhg Beirne also returning alongside flanker O’Mahony.

Mike Haley starts at full-back with Conway and Earls on either flank. Rory Scannell is joined by Farrell in the centres with Murray and Carbery in the half-backs.

Jack O’Donoghue makes his first Champions Cup start of the season in the back row having made his full return from injury last week. CJ Stander completes the side at no.8.

The squad travel to Edinburgh from Shannon Airport today (Friday) and will be arriving at Murrayfield at around 11am on matchday.

Read the MRSC Travel Guide for the weekend here. 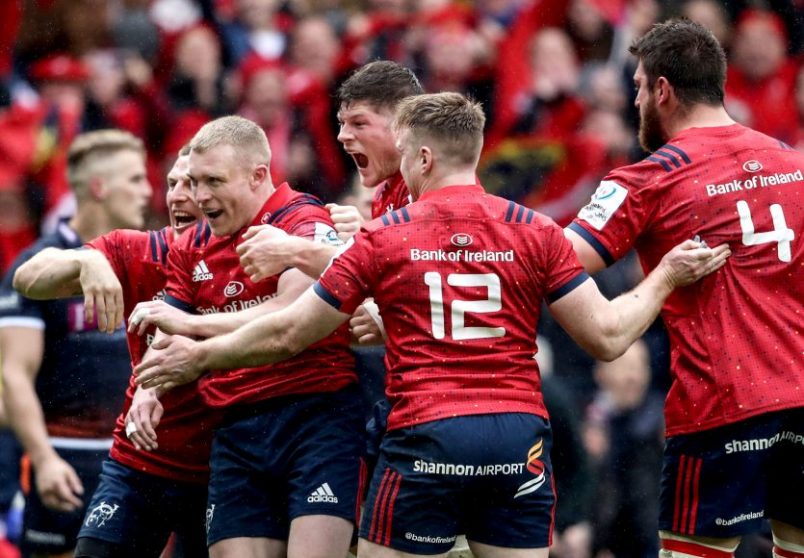 Keith Earls scored tries in each half as Munster reached the Champions Cup semi-final for the third season in a row following a colossal battle with Edinburgh at Murrayfield.

With time running out it seemed as if Johann van Graan’s side were on the way out of the competition after Jaco van der Walt edged Edinburgh ahead, but nine minutes from time Earls rounded off a sweet moved through the backs and clinched victory with a diving finish in the corner.

The loss of Joey Carbery and Jack O’Donoghue before the interval were big blows for Munster, but encouraged by a huge travelling support in the 36,358 crowd at Murrayfield, they ground out the win and defended solidly at the end to set up a last four clash against either Saracens.

Munster were dealt a blow before kick-off when full-back Mike Haley pulled out through illness. In his absence Andrew Conway moved to full-back and Darren Sweetnam was introduced from outside the match-day squad to start on the left wing.

It was a ferocious start from the home side and it took some excellent defensive work from Munster to keep their try-line intact.

After five minutes Edinburgh turned down a kickable penalty when Dave Kilcoyne was penalised for not rolling away from the tackle area, and when they kicked to the corner, their maul was sacked and Munster managed to clear their lines when Tadhg Beirne and CJ Stander forced the turnover.

In the 11th minute Beirne picked up a yellow card when he didn’t roll away after the tackle, and after some incessant pressure after the home side once again went to the corner, Munster held solid again when the brilliant O’Donoghue forced a penalty at the breakdown with his try-line creaking.

With a player less to operate with Munster needed to stay solid until Beirne returned, but instead of playing on the back foot, a couple of clearance kicks saw them return to Edinburgh territory.

When Conor Murray’s box kick was carried over the line by Edinburgh, Munster were handed a five-metre scrum, and with centre Chris Farrell filling in on the openside, they won a penalty after Henry Pyrgos knocked on deliberately.

Straight away Earls was on the ball and he took a quick tap, and after a quick step around Hamish Watson the Munster winger dived over for the opening try, which Carbery converted.

Seven points ahead when they were returned to 15 players, Munster sought to play a solid second quarter, but instead the home side dominated. They drew level 13 minutes from half-time when Chris Dean benefited from some quick ball to score, while van der Walt converted to level matters.

O’Donoghue was forced off when he picked up a head knock in the build up to that score, but more injury woes surfaced four minutes from half-time when Carbery limped off and was replaced by Tyler Bleyendaal.

By that stage van der Walt had kicked Edinburgh 10-7 ahead when Niall Scannell was penalised for being off his feet at the ruck, and after a frantic opening half the home side deserved their 10-7 lead.

Facing a three-point deficit, Munster started the second half on a positive note with a penalty earned at scrum-time, and straight away they were awarded a second when Bill Mata was adjudged to have tackled Rory Scannell high. Bleyendaal kicked the three points from in front of the posts to level the game in the 46th minute.

It only took Edinburgh five minutes to regain the lead when Conway was penalised for not releasing and van der Walt was successful off the tee, and they followed it up with a strong defensive set to keep Munster at bay.

But ten minutes from time a key penalty was reversed in Munster’s favour when Pierre Schoeman collided with Beirne off the ball, and after Bleyendaal’s penalty was drilled into the 22, the out-half then gathered the overthrown lineout. And despite their tight game being held up, Munster looked to the backs and Rory Scannell’s pass outside found its way to Earls via Chris Farrell, and the Limerick man dived over in the corner for his second try of the game.

Crucially Bleyendaal nailed the touchline conversion to put Munster four points clear with nine minutes remaining and they closed out the win with a superb defensive effort.

Mike Haley was a late withdrawal due to illness. Andrew Conway moved to full-back with Darren Sweetnam coming straight into the side at 14.

Keith Earls was awarded the man of the match.

Jack O’Donoghue was removed for a HIA while Joey Carbery will be assessed for a hamstring injury. 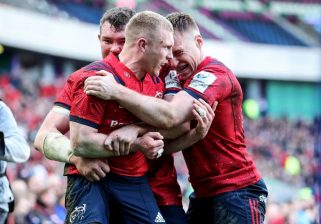 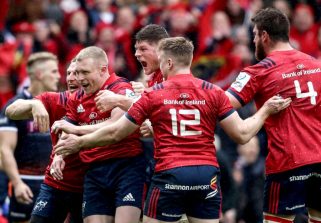 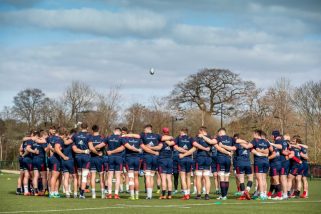 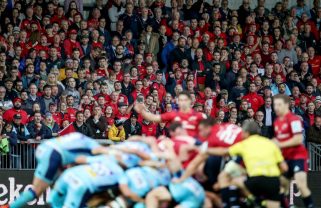 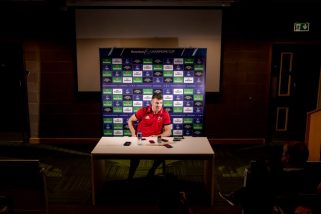 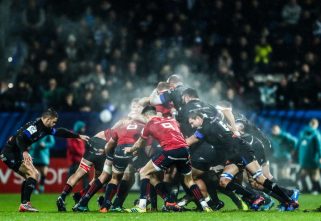 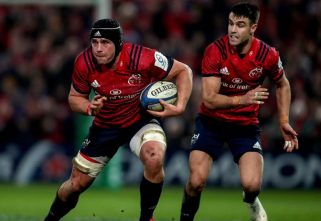 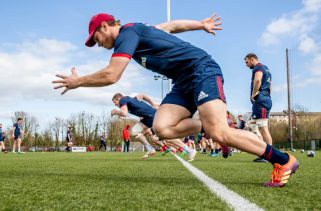 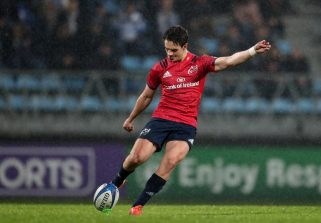 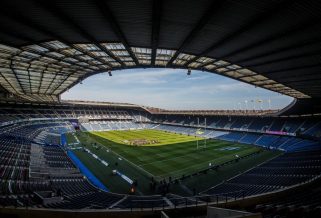