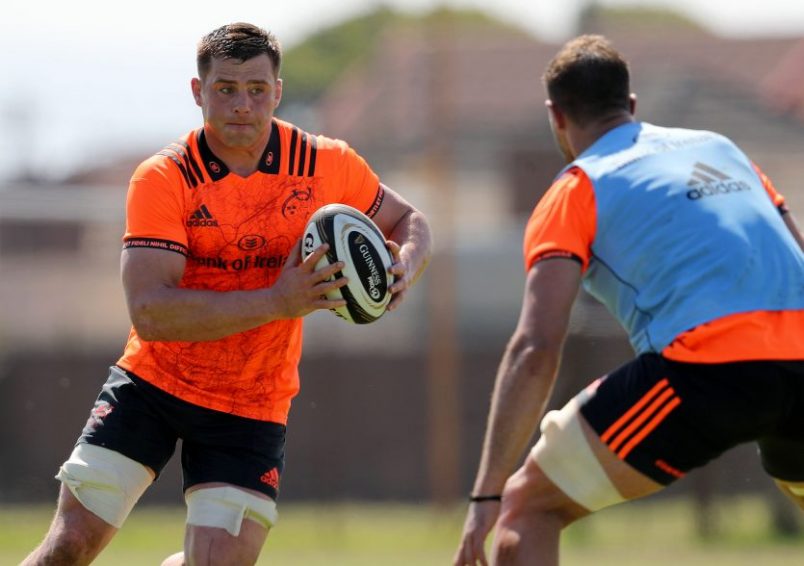 CJ Stander to captain Munster in his hometown of George. INPHO/Dan Sheridan

A much changed Munster side will take on the Southern Kings for the first time in the Guinness PRO14 on Saturday at Outeniqua Park, George (7.35pm/6.35pm Irish – live on TG4).

George native CJ Stander, who turned 28 yesterday, will captain the province and is one of five players to retain their place from last weekend’s Champions Cup quarter-final win against Toulon in Thomond Park.

Jean Kleyn continues in the second row and is joined by Gerbrandt Grobler for his second start of the campaign, while the backrow sees Dave O’Callaghan and Conor Oliver on either side of captain Stander.

Dan Goggin links up with Rory Scannell in midfield with fullback JJ Hanrahan and academy winger Calvin Nash joining Alex Wootton in the back three.

Scrum-half James Hart partners Ian Keatley in the half back pairing.

In managing player loads, and with Darren Sweetnam and Simon Zebo already ruled out, Head Coach Johann van Graan names six forwards in the replacements including Dave Kilcoyne who will make his 150th appearance for the province if called upon.

Bonus-Point Win For Munster In George 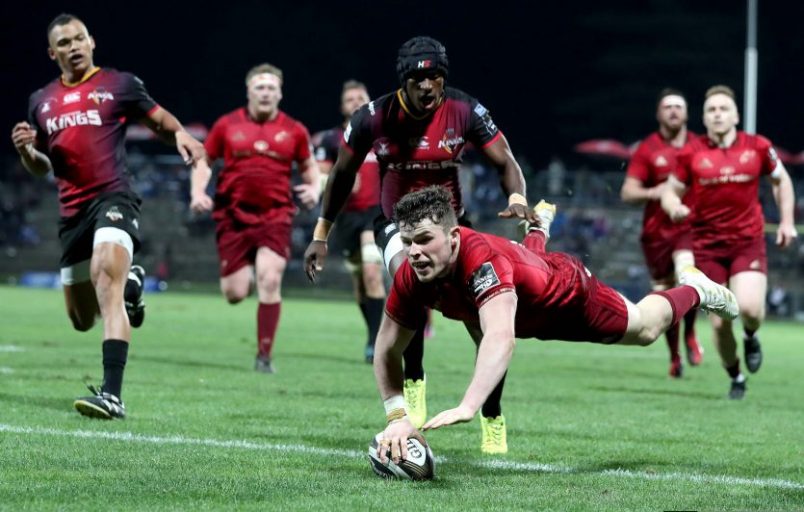 Academy winger Calvin Nash touches down in the win.

Munster secured a bonus-point win over Southern Kings in the first ever clash between the sides at Outeniqua Park in George on Saturday night in the Guinness PRO14.

Over 250 Munster fans made the long trip to South Africa for the clash and were rewarded with an impressive comeback that saw Johann van Graan’s men recover from a 15-3 deficit to record a convincing win.

Try-scoring replacement Dave Kilcoyne was awarded Man of the Match on his 150th appearance for the province having replaced the injured James Cronin early on with CJ Stander, who captained Munster in his hometown the day after his 28th birthday, also scoring and given a standing ovation when he departed late on.

Niall Scannell, Calvin Nash, Dan Goggin and Rhys Marshall also touched down with Munster remaining six points clear of Cheetahs in the hunt for second place in Conference A with the sides meeting in Bloemfontein next Friday. Goggin’s score, his first try for Munster, was the pick of the bunch with Ian Keatley kicking one penalty and three conversions in the victory.

Masixole Banda missed an early penalty chance for the hosts before Cronin departed with an injury as Keatley slotted his first opportunity to give Munster a 3-0 lead.

A yellow card for Gerbrandt Grobler for an illegal clearout in the ruck after 25 minutes gave the Kings a one-man advantage and they took advantage with tries from Andisa Ntsila and Stephan Greeff moving them nine points clear.

A first Banda penalty then made it 15-3 before Grobler returned with Stephen Fitzgerald making a positive impact off the bench after Goggin was temporarily removed for running repairs to a facial injury.

Scannell forced his way over the line from five yards out after Munster started to play more direct rugby before Fitzgerald and Grobler both carried strongly and a superb inside pass from JJ Hanrahan sent Nash through a gap and the winger scorched past the Kings defence.

Munster made a strong start to the second half with Keatley making an excellent break before Stander powered over from close range with an excellent Alex Wootton kick behind the defence helping to set up the score. Keatley’s conversion gave Munster a 20-15 after 48 minutes before Goggin’s try of the season contender.

The move started when the Kings turned the ball over deep in Munster territory, and Keatley picked it up running crossfield before swinging it wide for Conor Oliver. He helped it on for Rory Scannell whose looping pass found Nash and he put on the afterburners up the right flank before passing back inside for Scannell. The centre deftly tapped inside for Goggin to race 40 metres for a sumptuous score. Hanrahan was off target with the conversion and Munster led 25-15.

Big defence from Munster repelled the hosts just past the hour before replacement hooker Rhys Marshall crossed from close range on 68 minutes with Keatley’s conversion giving Munster a 32-15 lead with the win all but secured.

Another attack led to another try as the game entered the final 10 minutes with Keatley taking a quick tap and Kilcoyne charging over as the out-half ‘s conversion made it 39-15.

Stander departed to a standing ovation before Southern Kings scored an outstanding try of their own as the hosts attacked from well inside their own half with Michael Makase finishing off a fantastic move.

Dave Kilcoyne was awarded Man of the Match on his 150th appearance for the province.

Dan Goggin scored his first Munster try in the win.

James Cronin departed with an injury after 10 minutes and is being assessed by the medical team. 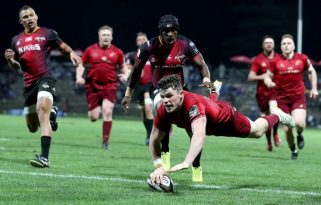 Bonus-Point Win For Munster In George