Snowed In But Not Snowed Off 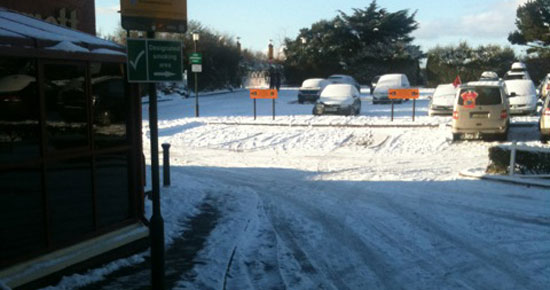 Munster’s usual pre match drills may have to take place indoors later today but the game with the Ospreys is set to go ahead at Swansea’s Liberty Stadium in snow covered South west Wales.

In the past Munster have gone into this phase in a must-win mode but today it's the Ospreys who are under all the pressure knowing that anything other than a win and they're out of Europe.

Outside their own small core of support there is not much evidence of much love for this particular regional side. Largely shunned by the hard core Neath supporter and to a lesser degree those from Swansea who make up the other half of the Ospreys nest, they are seen as the glamour boys of the Welsh game with their Stade Francais-esque budget.

Nor are their well paid players reticent about talking down their opponents, Adam Jones declaring to Andy Howell in today's Western Mail, " They will come here and try to spoil the game."

Earlier in the week it was Mike Phillips who bemoaned Munster 'negativity', conveniently forgetting his side had been out-scored three tries to one at Thomond Park Stadium.

This is a game that has all the ingredients to be a cracking game of rugby. Both sides share an enviable home record in the Heineken Cup and both are capable of playing high tempo high class football.

This afternoon all the questions that have to be asked will be asked of the home side. They've been asked of Munster many times before. The answer has always been the same.

No Consolation From Munster’s Point. 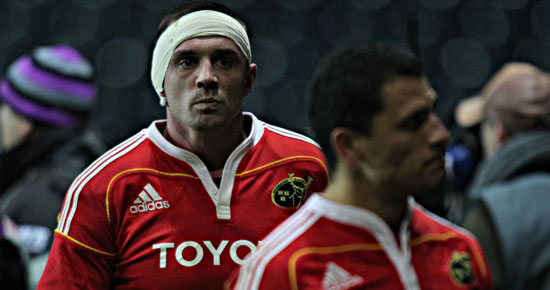 There was no masking the deep disappointment in the Munster dresssing room after yesterday’s 19-15 defeat at the Liberty Stadium that leaves them needing to win their two remaining games if they hope to qualify for the quarter finals.

Nor were they offering any excuses for their performance or indeed taking much consolation from the bonus point that Ospreys probably should have denied them in a frantic end game.

Munster had turned over possession in the Ospreys 22 with minutes remaining, to find themselves desperately scrambling to defend their own line. They conceded a penalty and lost Lifeimi Mafi to a yellow card but rather than opt for a scrum platform, where they'd been dominant all day, Ospreys launched a series of tap and go efforts that, to their great credit, Munster managed to defend.

In a game that Munster yet again outscored the Ospreys two tries to one, the outcome possibly hinged on the period immediately after the restart when they pounded the Ospreys line but came away with nothing other than the dismisssal of a try claim by the man upstairs

At that stage they trailed 13-10 and shortly after Dan Biggar's unerrring boot put six points between the sides. Then Munster scored their second try when Doug Howlett made the initial headway up the touchline before delivering a beautiful kick ahead that Keith Earls collected to score out wide.

Ronan O'Gara's conversion came back off the upright and another Biggar penalty left Munster requiring a try to overturn that lead.

It proved beyond them and leaves them needing a win in Toulon in January and another against London Irish a week later if they're to be playing Heineken Cup rugby in the spring.

In front of a 12,000+ crowd, comprising a huge and vocal Munster contingent, Munster drew first blood when O'Gara landed a 4th minute penalty. Biggar replied in kind before Sam Tuitupou shreded the Ospreys defence in a move that ended in a try for Tony Buckley under the posts.

It was a lead that didn't last long as Mike Phillips burrowed over for Biggar to add the points and just before the breask the Ospreys out-half kicked a penalty for a three point lead.

Ospreys survived that early second half pressure and a 54th minute Biggar penalty made it a six point game before Earls try three minutes later offered Munster more than a glimmer of hope.

However, they were unable to improve on that and Biggar's 100% kicking record continued with a penalty that left Munster, not so much a mountain to climb, but a hill that proved far too steep. 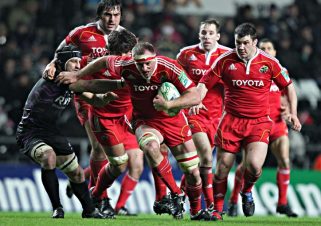 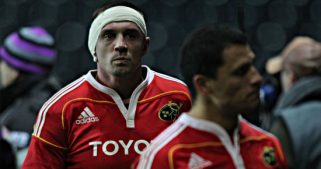 No Consolation From Munster’s Point.