Side Named For Zebre 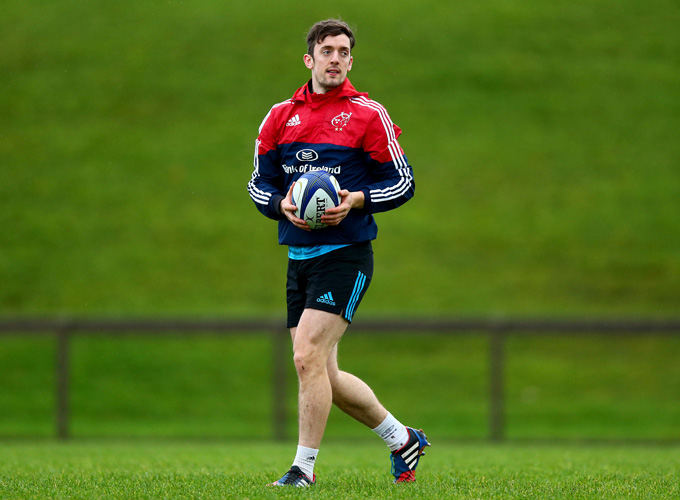 Munster Head Coach Anthony Foley has named his side for tomorrow’s Guinness PRO12 encounter away to Zebre at the Stadio Sergio Lanfranchi – KO 3pm (2pm Irish). Eight changes are made to the side that defeated Treviso last weekend with Darren Sweetnam set to make his first competitive start.

Five of those changes are seen in the pack. Following his inclusion in the Ireland 6 Nations squad, James Cronin has been made available to the province this weekend and returns to the starting line-up at loosehead, as does Niall Scannell at hooker, with John Ryan remaining at tighthead.

Mark Chisholm resumes his partnership with Dave Foley in the second row, while in the back row Jack O’Donoghue and Robin Copeland come in to join Billy Holland who makes his third consecutive start at blindside. Having just signed a new two-year deal with the province, Holland will also captain the side this weekend.

The first of three changes across the backline comes at scrum-half with Tomás O’Leary partnering Ian Keatley in the half-backs. Elsewhere, Andrew Conway has recovered from a hip-pointer to start at full-back and following a run of strong performances for Munster A in this season’s British and Irish Cup, Darren Sweetnam will make his first PRO12 start on the right wing.

No change on the opposite flank with last weekend’s man of the match Ronan O’Mahony staying put, and Rory Scannell and Francis Saili again take charge of the midfield.

Dave O’Callaghan makes a return to the matchday squad amongst the replacements after successfully rehabbing an adductor injury. 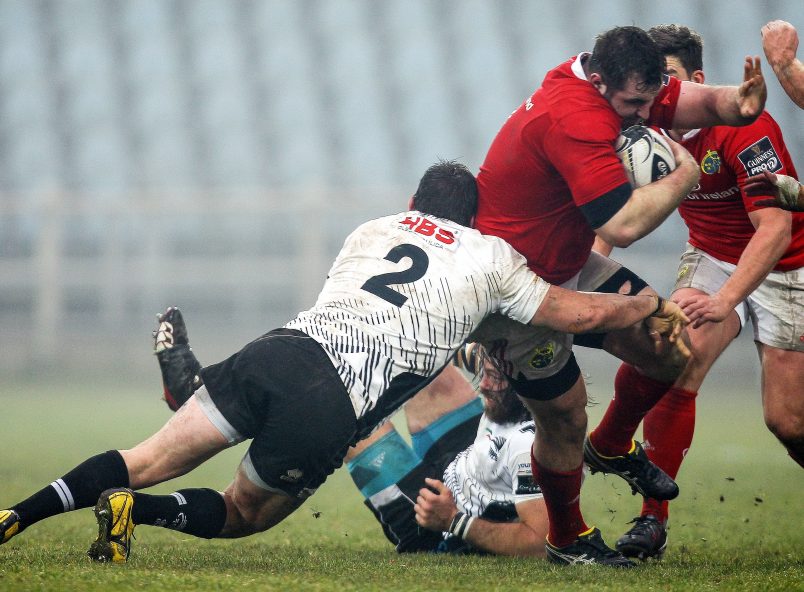 Munster picked up their third win from four games after an extremely tough PRO12 outing against Zebre in Parma today.

Mark Chisholm's early try and 11 points from the boot of Ian Keatley ensured Munster left Italy with the win for the second week in a row, but Anthony Foley's side were pushed all the way by a spirited Zebre, whose points all came from out-half Kelly Haimona.

Munster were very dominant in the opening stages and it came as no surprise when the Billy Holland led side took the lead after six minutes.

By that stage they had spent considerable time in the Zebre 22 after a powerful shunt from the Munster scrum saw them earn a penalty following a Zebre put-in. A couple of mauls close to the try-line produced penalties, but on the third attempt the maul shifted well to the left and Chisholm dived over for his first Munster try, which was awarded after the TMO checked the grounding.

Keatley was on target with the conversion from the right touchline as Munster took a 7-0 lead, but the home side responded well with a very strong ten minutes that saw them take the lead for the first time.

Firstly the Munster scrum was penalised for standing up on a Zebre put in and out-half Haimona kicked his first penalty from the right after 13 minutes.

Three minutes later Munster were punished for being offside and Haimona found his range to make it 7-6, before the Italian international slotted his third penalty of the half in the 19th minute when Munster were penalised for not rolling away from the tackle.

But Munster's reply was strong and Keatley kicked his second from the tee to give his side the lead after an Italian hand interfered at the breakdown.

The Italians brought some great form into this game and showed they would not be swept aside easily when just short of the half-hour mark Haimona landed his fourth penalty of the half after some good pressure in the Munster 22.

Seven minutes from the break their challenge took a blow when hooker Oliviero Fabiani was sin-binned for not using his arms in the tackle as Munster sought to build a rolling maul.

And just before half-time Keatley gave Munster the lead once more after a powerful carry from Niall Scannell forced the concession of a penalty.

Munster held a 13-12 lead at the break and a one-man advantage for a further three minutes, but were unable to top their lead.

Dave O'Callaghan was a halt-time replacement for Jack O'Donoghue but eight minutes after his introduction he was sent back to the sineline for ten minutes following a high tackle on Haimona.

With a man advantage the home side went in search of a lead score, but some good defensive work and solid lineouts on Zebre ball kept Munster in the lead.

A great cover tackle from Darren Sweetnam denied Kayle Van Zyl a certain try after 60 minutes as Munster continued to hold solid, while on the front foot the introduction of Duncan Williams brought a fresh zip to the play.

Holding a one-point lead Munster needed to add to that tally to be a touch more comfortable, and after five minutes of incessant pressure, Keatley finally stretched the lead out to four points with a coolly struck drop goal.

Four minutes from time the Munster out-half missed narrowly to the right, but his side easily closed out the game deep in Zebre territory to claim their eighth PRO12 win of the season. 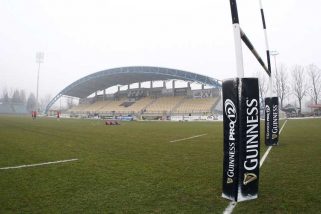 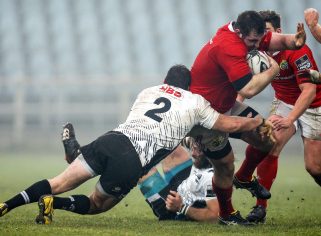