Side Named For Ulster Clash 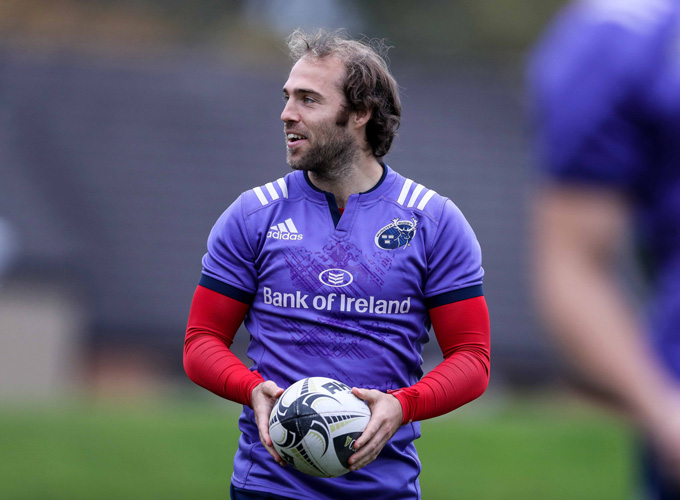 One change is made to the pack with Jack O’Donoghue starting at number 8 while across the backline Duncan Williams and Ian Keatley form the half-back partnership with Ronan O’Mahony and Andrew Conway both returning to the back-three. Tomorrow’s game will also see Williams make his 100th PRO12 appearance.

Should they feature from the bench, academy hooker Vincent O’Brien and Young Munster scrum-half Abrie Griesel will make their senior debuts for the province.

Achieving interprovincial success with Munster U20 last season, O'Brien represented Ireland at this year's World Rugby U20 Championship while Griesel, a former South Africa U20 representative, has trained with the squad in recent months.

A number of internationals are unavailable for selection and, in managing player load, Tyler Bleyendaal will also miss the round 7 encounter. 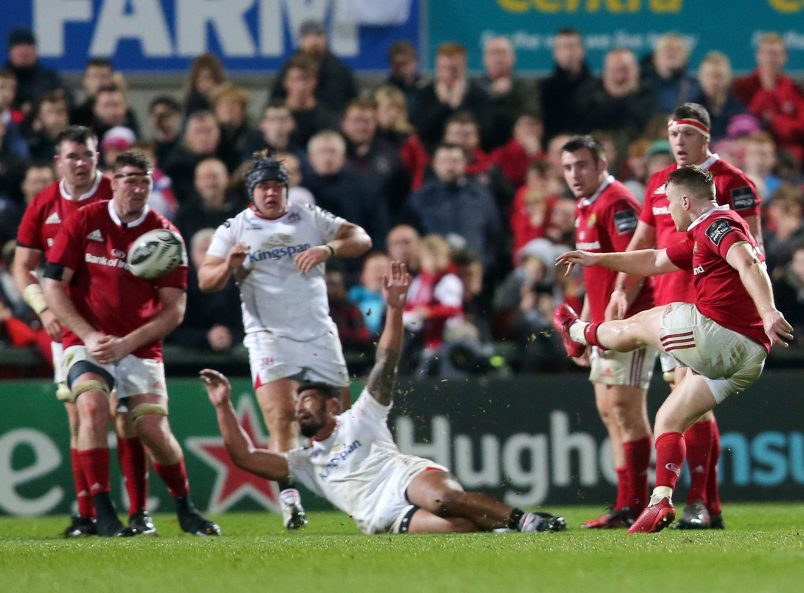 Munster stole a late win in Kingspan Stadium tonight with man of the match Rory Scannell slotting the crucial drop-goal in the 74th minute in giving the province the lead for the first time, and ultimately the 14-15 victory.

With superior possession and territory in the opening forty the men in red frustratingly had nothing to show for it until the stroke of half-time with Rory Scannell eventually touching down.

While Ulster on the other hand found return on two outings to the 22, making light work of both their tries, scored by Charles Piutau and Rob Lyttle. With Paddy Jackson converting both the hosts led 14-5 at the break.

The second forty proved to be as challenging but the young Munster side ground out the win thanks to a Jaco Taute try converted by Rory Scannell and the decisive drop-goal from the boot of the Corkman sealed the deal.

Ulster got things going in the opening minutes with a crossfield kick from Paddy Jackson, and with both Andrew Conway and Darren Sweetnam committing to the man and ball in the air, Craig Gilroy simply knocked the ball back to the chasing Charles Piutau who gathered and ran in unopposed for the opening try after 4 minutes.

Munster’s response was immediate and while playing all the rugby in the right areas there was little reward for the solid effort. A high error count and penalties at the breakdown were proving costly deep in the red zone and Ulster’s defence stood firm in holding out the relentless attack.

Frustratingly against the run of play Ulster scored again, this time through replacement winger Rob Lyttle just after the half-hour mark.

With the ball spilling out of a ruck Lyttle gathered and ran at a gap in the defensive line and made light of the try when diving under the posts providing the simple conversion for Jackson.

The final passage of play saw Munster break the whitewash through Rory Scannell and it was just reward for his side’s possession and endeavours. Quick hands forced the overlap on the right and Darren Sweetnam completed the move by putting the centre over in the corner.

With Keatley off target with an early penalty attempt in the second half it wasn’t until the 64th minute before the next score came. Centre Jaco Taute barged over from close range after Munster’s lineout maul moved them towards the Ulster line. Scannell's conversion reduced the home side's lead to just two points with 15 to go.

Minutes later the home-side had the chance to widen the gap but Paddy Jackson was off target with his kick at goal.

It was Munster that struck next, claiming the lead for the first time, through Rory Scannell’s well taken dropgoal on the 75th minute, and that was to be the decisive score in claiming the interprovincial one point win at Kingspan Stadium.

PRO12 round 7 round-up: Duncan Williams made his 100th PRO12 appearance tonight, while Jaco Taute scored his third Munster try in 4 appearances. Rory Scannell was awarded his first man of the match. Academy player Vincent O’Brien was included in his first match-day squad in addition to Young Munster scrumhalf Abrie Griesel. 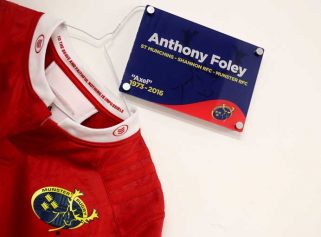 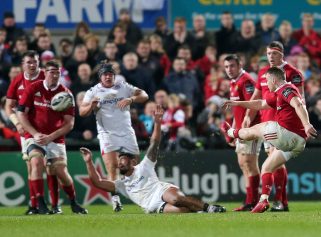