Side Named For Stade Francais 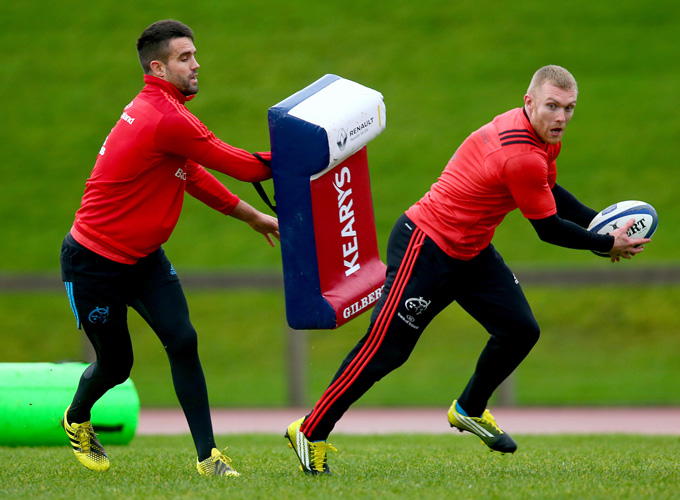 Head Coach Anthony Foley has named his side for Munster’s rescheduled Champions Cup Round 2 encounter against Stade Francais at the Stade Jean Bouin tomorrow – KO 4.45pm (lrish). In total, six changes are made from the side that defeated Ulster last weekend.

In a boost to the squad, Dave Foley, Keith Earls, Conor Murray and Andrew Conway have all overcome their respective knocks to take their place in the starting XV.

In an unchanged front row Dave Kilcoyne, Mike Sherry and BJ Botha all remain in situ while in the second row Foley resumes his partnership with Mark Chisholm. The final change in the pack sees Robin Copeland come back in to join Tommy O’Donnell and captain CJ Stander in the back row with O’Donnell making his first European appearance of the season.

Murray re-joins Ian Keatley in the half backs with Simon Zebo and Earls returning to the left and right wings respectively, while Rory Scannell and Francis Saili again form the midfield pairing.

Following on from Wednesday’s session in Limerick, Tyler Bleyendaal reported some quad tightness and was unavailable for squad selection.

Flags
For those travelling to the game, Munster flags will be distributed by the Munster Rugby Supporters Club tomorrow – at General Sarrail Place between Gates C and D at the East of the ground while stocks last. 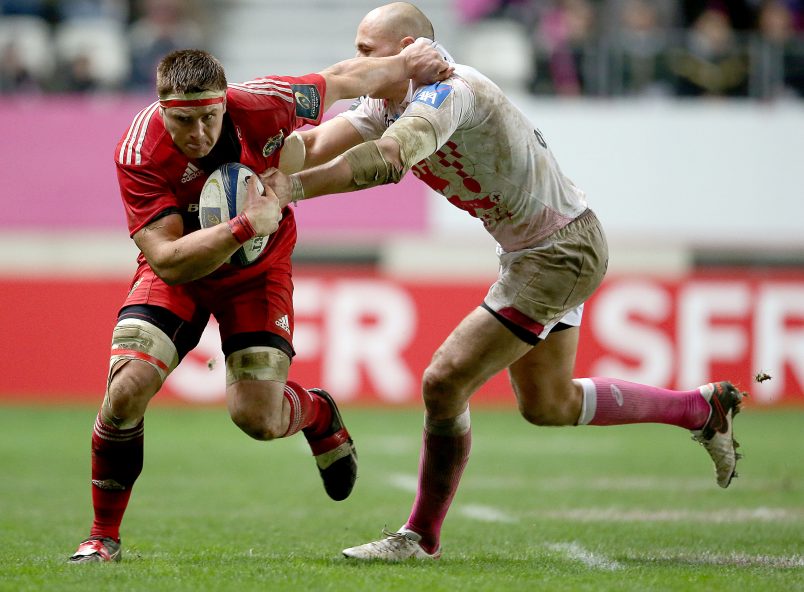 Munster suffered a third Champions Cup defeat today losing 27-7 against a firing Stade Francais side that proved too powerful at Stade Jean Bouin.

With the hosts in front 10-nil at half-time it was Munster’s second half performance that was the most disappointing.

Despite the opposition playing with 14 men after Stade winger Josaia Raisuqe was shown red after making contact with the eye area of CJ Stander the province were unable to take advantage of the extra man.

For long periods of the game it was the Parisian club who dominated the possession and territory with Munster unable to apply pressure at the required moments.

Remaining scoreless until the 74th minute Conor Murray’s try was scant consolation for a game that saw the men in red outmuscled by their French opposition.

The province’s cause wasn’t helped by early injury disruptions with Andrew Conway, BJ Botha and Tommy O’Donnell all removed in the first 22 minutes.

Munster showed promise in the opened exchanges with the TMO called on for a possible Ian Keatley try after the out-half followed up his own kick chase attempt after twelve minutes but the Stade defence thwarted the effort.

Five minutes later Keatley was called on for a penalty kick after the pack secured the advantage off the maul but the number ten’s attempt just dropped left and wide, and similar to the recent trend Munster once again failed to convert an opportunity into points.

Moving into the second quarter it was the hosts who were playing the superior rugby piling the pressure on the Munster defence and the final eight minutes proved costly with ten points conceded before the half-time whistle.

The line was broken after centre Paul Williams found the gap in midfield and ran in under the posts to score the opening try of the game after the half hour mark. With Morne Steyn adding the simple conversion, the South African out-half was back on the tee minutes later when the pack secured a scrum penalty outside Munster’s 22 and he followed up with a successful strike.

The opening action finished with a red card for winger Josaia Raisuqe after he made contact with the eye of CJ Stander. In the final play of the half Munster were unable to register points when Keatley was off target with a long-range penalty.

At the start of the second half the errors continued to mount and despite the extra man it was the hosts who set the pace, held the possession and made headway in opposition territory. Munster were unable to get a foothold and Stade extended their lead further with a second Steyn penalty after Robin Copeland was pinged for coming in at the side.

On the hour mark it looked like Munster’s first score was to come with the backline working an overlap for Rory Scannell to touch down in the corner on his first European start, but the effort was ruled out due to a forward pass.

With the side unable to break the whitewash it was Stade who replied with two converted tries after poor Munster defence and soft tackles allowed Sekou Macalou and Hugo Bonneval to score, and with ten minutes remaining the French Champions led 27 nil.

Disappointingly Conor Murray’s 74th minute try converted by Rory Scannell was all the province could muster on this occasion. 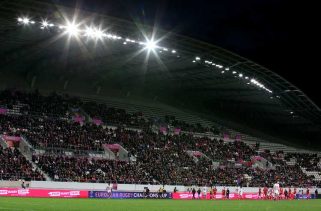 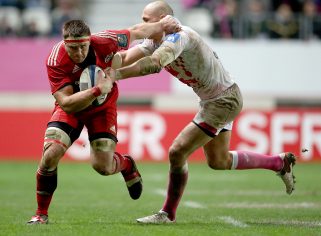