Side Named For Scarlets 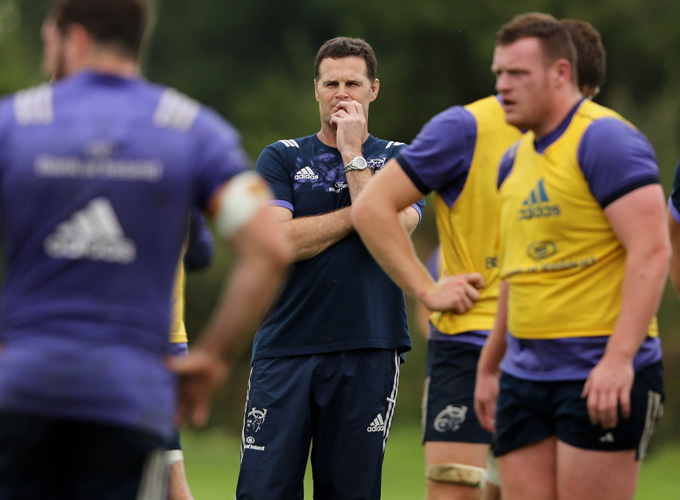 New Director of Rugby Rassie Erasmus has named his first Guinness PRO12 matchday squad ahead of Munster’s visit to Parc y Scarlets where they open their competitive season this Saturday at 3pm.

Returning internationals Dave Kilcoyne and Donnacha Ryan could see some game time this weekend after being named on a bench that sees academy prop Brian Scott and second row Jean Kleyn included in a PRO12 matchday squad for the first time.

James Cronin, Niall Scannell and John Ryan make up the front row with Foley coming in to partner captain Billy Holland in the second row. As you were in the back row with Dave O’Callaghan, Tommy O’Donnell and Jack O’Donoghue all remaining in situ.

Duncan Williams starts at scrum half and joins Tyler Bleyendaal in the half backs. The New Zealander will make his first PRO12 appearance since December.

Having spent two years together in the Greencore Munster Academy, Goggin will be well acquainted with his midfield partner Rory Scannell, while Ronan O’Mahony, Darren Sweetnam and full-back Simon Zebo again make up the back three.

In total, 14 of tomorrow’s starting team are products of the Munster development pathway.

This game will be televised on Sky Sports 1 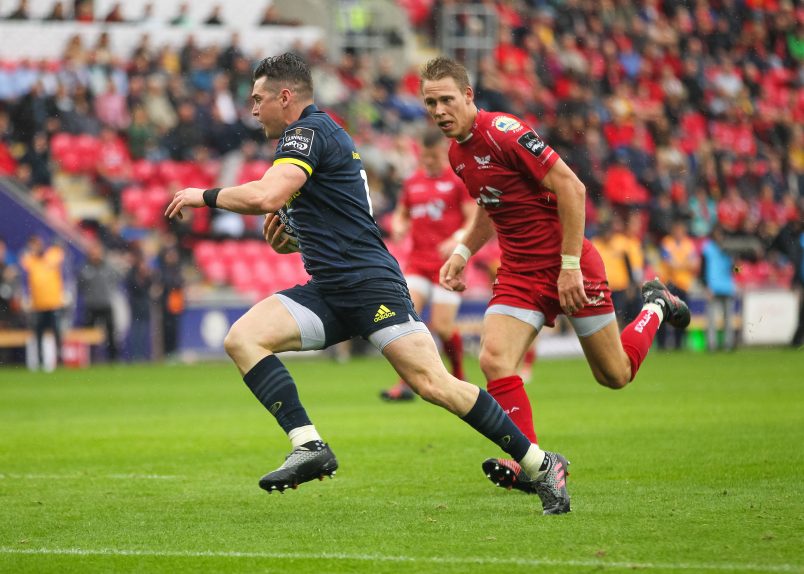 Ronan O’Mahony scores Munster’s first try of the season in round 1 of the Guinness PRO12 – helping Munster to their first win in Llanelli since 2011. O’Mahony became the joint top try scorer for the season alongside Andrew Conway on 11 tries apiece.

Director of Rugby Rassie Eramus’ Munster reign commenced with an opening round victory away to Scarlets today, the first win for the province in Parc y Scarlets since April 2011.

Munster’s defensive effort was the hallmark of the performance with quick line speed and a high tackle count thwarting the home team’s plans.

With the backrow trio of Dave O’Callaghan, Tommy O’Donnell and Jack O’Donoghue putting in a sterling performance, O’Donnell was deservedly singled out for his man of the match performance.

Despite the limited chances in the first half Munster managed to cross on two occasions with James Cronin and Ronan O’Mahony both scoring, while the hosts claimed a try through scrum-half Gareth Davies.

In absorbing the ongoing pressure in the opening twenty, with very little possession, Rassie’s charges reacted through a well taken James Cronin try after the pack muscled their way over on the 20th minute.

It was Dave Foley’s breaking run that kicked matters off after the Tipperary-lock ran at pace, taking a great angle off James Cronin's pass to bring play within touching distance of the line. A series of big carries advanced the pack further before the TMO was called on to confirm the opening score under the posts.

Tyler Bleyendaal added the simple conversion, however the lead was reduced five minutes later after a Rhys Patchell penalty.

With the defence in good shape another positive aspect of the afternoon was the province’s scrum and it was from the set-piece that Jack O’Donoghue reacted quickest with the tap and go, and charge for the Scarlets defence. From the breakdown winger Ronan O’Mahony spotted the gap and open space to break away for our second try scored on the half-hour mark. Bleyendaal once again added the extras.

The counter-attack saw an individual response from Scarlets with scrumhalf Gareth Davies taking a quick penalty and running in a solo effort from his own half. The margin was reduced to four after Patchell’s conversion.

Bleyendaal had the final say of the half in kicking his first penalty two minutes before the break, giving Munster a seven point lead at half-time.

On the resumption the New Zealand out-half was unable to capitalise further with his first miss of the afternoon, however both out-halves did go on to exchange penalties over the next ten minute period.

Further indiscipline led to a reversed penalty in Munster’s favour, and Ian Keatley delivered the final blow with a long range penalty to extend the lead to ten points after 65 minutes.

In the final minute the home-side were denied a losing bonus point when Patchell was unable to convert his final penalty attempt.

Commenting post-match Erasmus confirmed “it was not a perfect performance but it was certainly a gutsy win with room for improvement, and work to do.”

The South African also confirmed that Zebo retired early with a rib injury, and the Ireland international will be assessed further over the coming days.

PRO12 Round 1 round-up: Fourteen of the starting XV were products of the Munster pathway; Three players made their PRO12 debuts with Jean Kleyn joining academy players Brian Scott and Dan Goggin in making their first appearances, with Goggin included in the starting line-up. 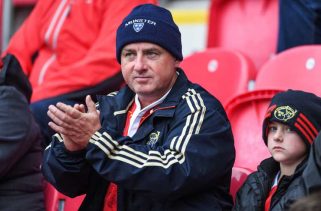 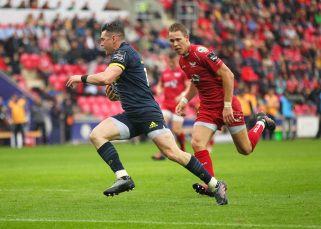