Side Named For Sale

In the front row Dave Kilcoyne and Stephen Archer will start on either side of hooker Duncan Casey who makes his first European start following five appearances from the bench in last season’s Heineken Cup.

In the second row Dave Foley resumes his partnership with Paul O’Connell as the Irish captain returns to the matchday squad, while the back-row of Captain Peter O’Mahony, Tommy O’Donnell and CJ Stander remains unchanged.

In the half-backs Conor Murray starts alongside Ian Keatley, with inside centre Denis Hurley returning to partner Andrew Smith in the midfield.

Winger Andrew Conway makes his first European appearance for the province starting in a back three that includes Simon Zebo and returning full-back Felix Jones.

While in the replacements, Eusebio Guinazu and Robin Copeland are named in their first Munster European match-day squad.

This weekend will also see Munster line out in their new adidas ERCC strip for the first time. 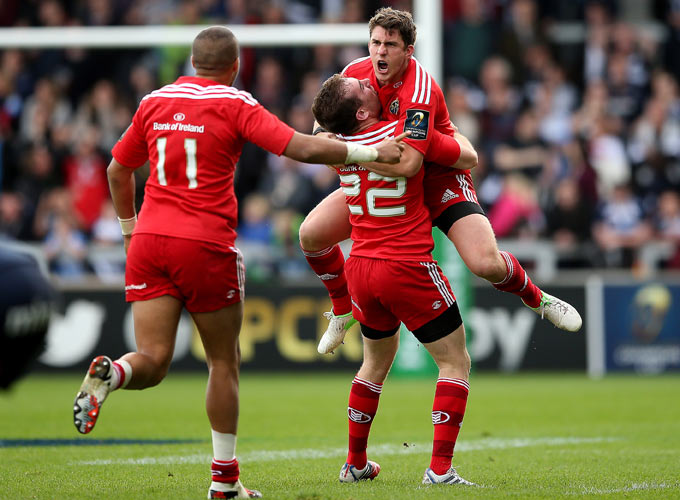 An Ian Keatley injury-time drop goal clinched victory for Munster today as the side defeated Sale Sharks in dramatic fashion at the AJ Bell Stadium.

In reversing a 23-7 deficit Munster produced a second half performance that yielded tries from Andrew Conway and Conor Murray, and a flawless kicking display from Ian Keatley that culminated in a successful drop goal after 80 minutes of play, claiming a 27-26 victory at the final whistle.

In a game where Sale out-half Danny Cipriani shone with his composed, controlling performance it was Ian Keatley who excelled under pressure, and when left with the task to save the day he duly stepped up and slotted the 35 metre kick in the final play of the game.

Both out-halves enjoyed a 100% kicking record for the afternoon but a lack of discipline and costly errors gave Cipriani and Sale the upper hand in the opening 40, and the home-side enjoyed a 16 point advantage at the break thanks to converted tries from Johnny Leota and Magnus Lund, and three Danny Cipriani kicked penalties.

After an opening Cipriani penalty Munster went ahead thanks to a Dave Kilcoyne try after 10 minutes, converted by Keatley. But the English side responded brilliantly and with Cipriani moving into cruise control the Sharks moved ahead 9-7 after 20 minutes.

Munster's defence began to unravel and with Sale's centre partnership of Sam Tuitupou and Johnny Leota on the front foot the space began to open up.

A dominant scrum provided the platform when over a five minute period Sale touched down for two converted tries with Leota and Lund each scoring.

Things went from bad to worse when Tommy O’Donnell was binned after 33 minutes for tackling the player without the ball and Munster closed out the half with 14 men, and thankful for the chance to regroup at the interval.

And that they did.

Minutes after the break replacement props James Cronin and BJ Botha provided a new lease of life to the front row and Munster showed their intent when Keatley kicked for the corner rather than take the points after 50 minutes.

The opening pressure paid off when Andrew Conway wriggled his way over in the corner for Munster’s second try and Keatley reduced the gap with the touchline conversion.

And there was more to come after 64 minutes when Conor Murray crossed for the third try after a series of phases from the pack. Munster moved within 2 points when Keatley kicked the extras and the travelling supporters were in store for a hectic final period.

Momentum waivered when the pack was pinged for a maul infringement and Cipriani once again kicked the three points, but it was all Munster and Keatley for the closing 10 minutes.

After clearing a 72nd minute penalty and a point behind, Munster continue to carve away at the Sale defence, and while maintaining possession and composure Murray fired the ball to Keats who rounded the performance off with a superbly taken drop goal in extra time. 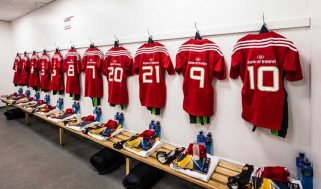 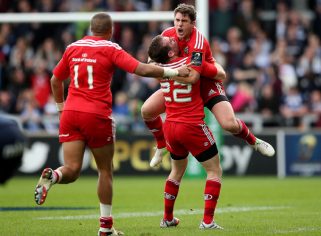