Side Named For Leinster 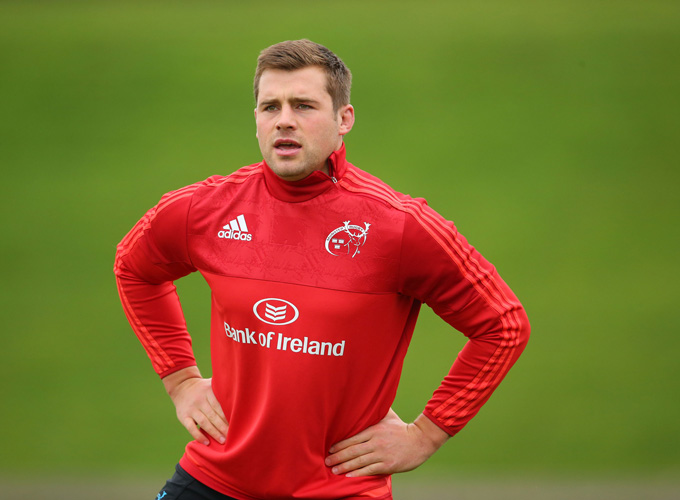 Head Coach Anthony Foley makes five changes from the side that defeated Zebre for tomorrow evening’s Guinness PRO12 Round 19 clash away to Leinster at the Aviva Stadium – KO 5.30pm. CJ Stander resumes the role of captain for the first time since returning from international duty.

The return of James Cronin and Stander are the only two changes to the pack. Cronin will start alongside Niall Scannell and Stephen Archer in the front row with captain Stander coming in to join Dave O’Callaghan and Tommy O’Donnell in the back row.

Donnacha Ryan and Billy Holland remain in situ in the second row.

Three changes across the backline see Conor Murray, Francis Saili and Andrew Conway all return to the starting XV.

Murray partners Johnny Holland in the half-backs with Saili overcoming a bang to the shoulder sustained in training last week to resume his midfield partnership with Rory Scannell.

Consequently Keith Earls makes a positional switch to the wing and joins Conway and full-back Simon Zebo in the back-three. Zebo is drawing ever closer to the 100 cap milestone for the province and will make his 99th appearance this weekend.

On the injury front, Dave Foley rolled his ankle in training yesterday, ruling him out of contention for tomorrow’s clash. The second row will continue to be assessed by the medical team in the coming days.

This game will be televised live on Sky Sports 3 and TG4. 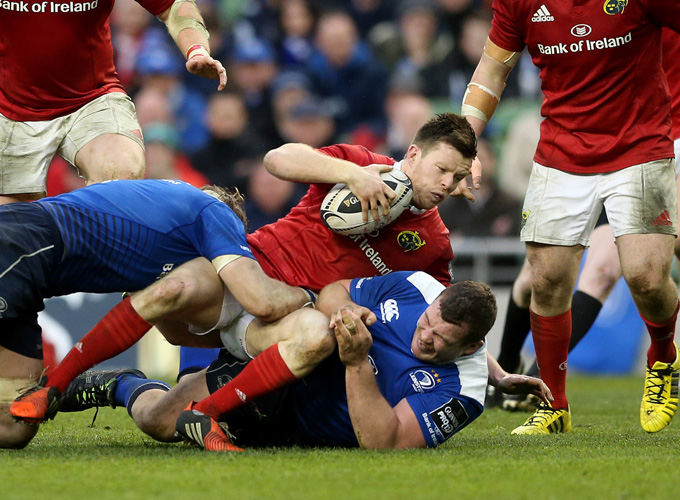 A tight and tense affair throughout, Munster suffered a narrow 16-13 defeat away to Leinster at the Aviva Stadium this evening, a bonus point loss that sees Munster drop to sixth on the Guinness PRO12 table.

The opening half had little in the way of line breaks as defences remained firm and both sides fiercely contested the breakdown. With Munster asking questions of the Leinster lineout, the hosts made good headway across the opening half with their maul.

Namesakes Johnny Holland and Sexton exchanged penalties with Munster back in front on 31 minutes when Holland added his second penalty but it was Leinster who headed for the interval the happier when, with the man advantage, Leinster spread the ball wide for Sexton to score and the hosts had a 10-6 lead as they headed for the dressing room.

Munster made the dream second half start. Like his Leinster counterpart, Holland crossed the whitewash and converted for Munster, but two unanswered Sexton penalties would ultimately see the visitors have to settle for a losing bonus point despite spending the dying minutes of the game camped on the Leinster 5 metre line.

A neat probing kick from Rory Scannell put the early pressure on Leinster as the men in red went through the phases deep in opposition 22 but solid defence from the hosts saw them drive Munster backwards as they went down the left flank, neutralising the game's opening chance.

Leinster continued to meet their visitors on the gainline with serious purpose in the opening ten minutes, winning a number of turnovers on the ground, turnovers that brought them well into Munster’s half.

Like Leinster, Munster’s defence held firm against their opponents' early onslaught and a clearing penalty kick down the touchline from Holland had them back in the Leinster 22 from where they mauled before going wide. A nice offload from Holland after he stepped inside the Leinster defence would have seen Simon Zebo clean through but the full-back was unable to gather the ball cleanly.

Munster came again and Zebo hit another gap but, under pressure from the Leinster defence, knocked on again, this time the pass coming from Conor Murray.

Munster were however playing with advantage and Holland duly kicked his first penalty of the night on 13 minutes to make it 0-3 to the visitors.

Munster may have had the better of the Leinster lineout early on, but the Blues were more than effective with their maul. Two consecutive mauls and penalties brought them from their own 22 to the Munster 5 metre line, but the aforementioned Munster lineout came to the rescure as Tommy O’Donnell secured an overthrow and averted the danger.

Leinster then mounted a ten phase attack from left to right, but despite the Munster defence remaining steadfast, the pressure eventually told in the form of ill-discipline and Sexton was on hand to level affairs at 3-3 on 28 minutes.

Munster were soon back in front when Leinster failed to roll away at the back of a ruck and Holland made no mistake in slotting his second penalty of the game – 6-3 to Munster on 31 minutes.

The penalties came tit for tat in the latter stages of the opening half and with Munster infringing on the ever potent Leinster maul, the visitors were down to 14 men when Robin Copeland saw yellow and Leinster made their man advantage count with the subsequent penalty.

Off a lineout maul, the hosts kept it tight initially, sucking in the Munster defence before going wide to Sexton who touched down and converted the opening try of the game on 38 minutes.

Scoring at the opportune time, Leinster led 10-6 at the interval.

Patient phase play at the start of the second half – with excellent carries from Keith Earls, Simon Zebo and Stephen Archer, to name a few – bought Munster to within five metres of the line only for them to leave the ball unprotected and with the counter ruck Leinster pounced and cleared their lines.

Undeterred, Munster came again and with the exact same approach, from left to right and back again, eventually spreading Leinster too thin and, matching his kicking ability with a nose for the tryline, Holland darted in under the Leinster defence on the left wing for the game’s second try on 46 minutes.

Adding a wonderful conversion also, Holland pushed Munster out to a lead 13-10.

The sides were again level – 13-all – on 50 minutes when wonderful running from Garry Ringrose put Munster on the back foot and subsequent Leinster pressure gave Sexton his second penalty chance which he duly landed.

As the breakdown battle remained hotly contested both sides coughed up penalties in equal measure.

Replacement Ian Katley had the chance to retake the lead for Munster on 58 minutes but his kick went to the left and wide, while Sexton made no mistake when the opportunity came his way on 63 minutes – Leinster back in front 16-13.

From there the game remained on a knife edge as Munster maintained the majority of possession and will have been disappointed when over twenty phases brought them from half way to deep inside the Leinster 22 before Keatley was left isolated and Leinster were off the hook.

Leinster played out the final four minutes with 14 men after Cian Healy was sin binned for a no arms tackle on his fellow loosehead Dave Kilcoyne.

In timely fashion, then came Munster’s best maul of the game, bringing them from the edge of the 22 right up to the 5 metre line and setting up a pulsating final few minutes. Forcing another penalty from the hosts, Munster again went to the maul and this time were held up just short of the line.

Clean ball from the 5 metre scrum provided the catalyst for a rampant phase of attacks from left to right in the 79th minute and Munster forced yet another penalty.

However, opting for the quick tap and go, the men in red knocked on at the most crucial and costly time and handed possession back to the men in blue – the final chance and winning of the game going a begging.

Leinster secured possession in the subsequent scrum and cleared their lines for a hard fought 16-13 win in a game that could have gone either way.

From the academy ranks, Rory Scannell was named in the starting XV and was one of Munster’s standout performers this evening while David Johnston and Sean McCarthy were included as travelling extras.

Donnacha Ryan sustained a concussion in the opening half and will continue to be assessed by the Munster medical team in the coming days.

Munster now travel to face Connacht at the Sportsground, Galway in Round 20 of the competition on Saturday April 16th at 7:15pm. 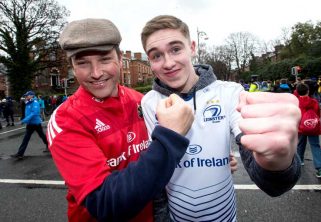 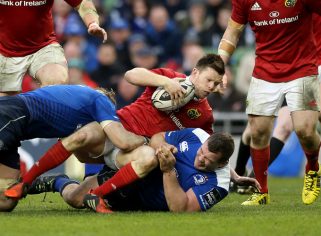