Side Named For Edinburgh 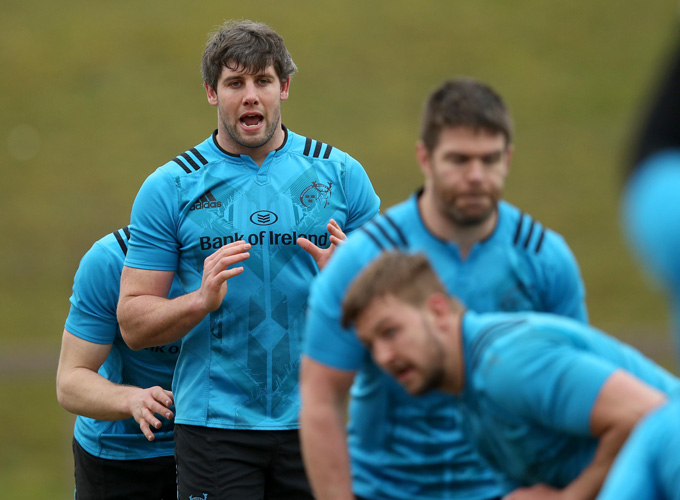 Four changes are seen in the pack with Dave Kilcoyne, Niall Scannell, Dave Foley and Dave O’Callaghan all returning to the starting XV.

Kilcoyne and Scannell join Stephen Archer in the front row, Foley overcomes an ankle injury to partner Billy Holland in the second row, while back row O’Callaghan has rehabbed knee bruising to start at 6 in a move that sees captain CJ Stander revert to 8 with Tommy O’Donnell remaining at 7.

This game is now sold out and will be televised live on TG4. #MunVEdi 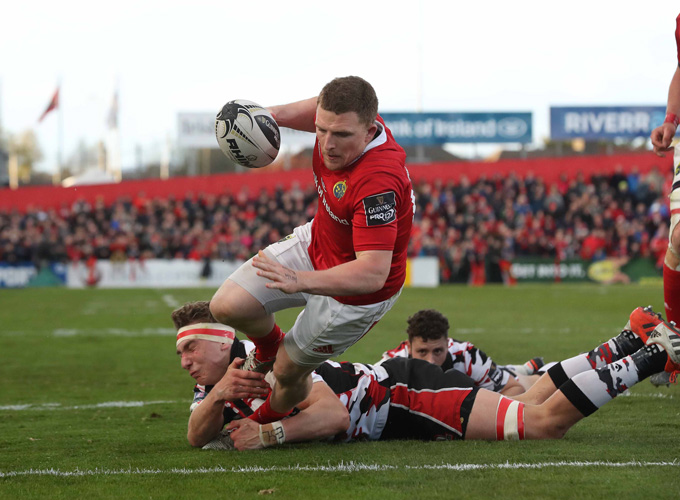 A bonus point win might not illustrate quite how tight and tense this game was throughout, but when it mattered most, Munster produced the goods, buoyed by a truly magnificent home support at a sold out Irish Independent Park.

Despite opening half tries from Rory Scannell, Simon Zebo and Andrew Conway, Jason Tovey kept Edinburgh firmly in touch with two penalties and an opportunistic try when Munster should have done much better in defence.

Tovey and Sam Hidalgo Clyne then made the home side sweat for most of the second half when their respective penalties made it a one point and Edinburgh turned the screw in the scrum.

However Munster would again hit their stride and boss proceedings through the pack as the game entered its final stages. Francis Saili touched down for Munster’s first score of the second half on the 74th minute and Johnny Holland’s easy conversion in front of the posts made sure of the much needed bonus point win.

Early pressure from the visitors was neutralised when Niall Scannell won a hard-fought turnover on the ground with man of the match Andrew Conway then excellently claiming Conor Murray’s clearing box kick.

From there, good positional kicking from Johnny Holland put Munster in the right areas with the pack relentlessly making headway with each collision – Tommy O’Donnell and Dave Foley particularly potent – and when Murray opted to go wide, excellent hands from left to right saw Rory Scannell dot down in the corner.

With Holland adding the touchline conversion, Munster led 7-0 after 7 minutes.

Edinburgh’s response was instant with the impressive Matt Scott breaking in midfield and causing Munster to go offside just inside their own 22. Tovey duly got his men off the mark on 14 minutes.

A kick out in the full from Holland gifted further possession to the visitors from the restart and it was all too easy for Tovey in the subsequent attack as he dodged inside three defenders to touch down alongside the posts on 18 minutes. Also slotting the conversion, the Edinburgh playmaker pushed his side out to a 10-7 lead.

Holland levelled proceedings just a minute later with a fine long range effort before Munster were again penalised for offside, but this time Tovey was wide of the mark.

Munster came again with Conway showcasing gas and a strong hand-off down the right wing before orchestrating a wonderful kick chase where Simon Zebo would be the winner and Munster’s all-time record try scorer raced in for the province’s second try of the night in the right corner.

Holland went left of the posts with the conversion but soon after Munster would make it three tries in roughly the same spot.

Excellent running from Holland and Keith Earls brought Munster back inside the Edinburgh 22 and after a number of phases the talismanic CJ Stander was unlucky to be held up over the try line. Running it wide off the next play, second row Billy Holland did exceptionally well to find Conway on his right and the Man of the Match bagged Munster’s third try of the night.

Holland’s conversion from a difficult angle fell short of the posts on this occasion and it was Edinburgh who had the final say of the half when Tovey made Munster pay by landing a scrum penalty – a taste of what was to come from the Scots in the second half – they statistically possess the strongest scrum in the PRO12 this season.

As they had done in the opening half, Edinburgh applied the early pressure, this time forcing a penalty from Anthony Foley’s charges with Tovey making it a four point game on 43 minutes.

The Scotsmen maintained possession and the majority of penalties – primarily through the scrum – and when Munster eventually made their way into the opposition 22, Alan Solomon’s side were more than up to the task in halting the Munster maul.

Further problems in the scrum would continue to dog Munster, presenting Sam Hidalgo-Clyne with the opportunity to make it a one point game on 65 minutes and the replacement kicker made no mistake.

In timely fashion then came Munster’s most impressive set-piece effort, mauling from the 10 metre line to just shy of the try line. But again, Edinburgh were assured and defiant when it mattered most, winning a last ditch turnover and again maintaining dominance in the scrum in securing a penalty and clearing the danger.

Not aiding Munster’s cause, Murray missed touch with a penalty opportunity that should have planted them firmly in the corner before Zebo then kicked out in the full from the Edinburgh return kick.

Yet these consecutive errors seemed to serve as wake-up call and from there, Munster shored up and rediscovered the cutting edge that had eluded them since the closing stages of the opening half.

As the Munster maul became increasingly destructive, two consecutive penalties saw referee Ian Davies call on the services of the TMO as the momentous support in Irish Independent Park chanted for a try.

With no clear grounding, play was brought back for a five metre scrum off of which Stander made the initial headway before Munster went wide where Francis Saili came at pace, staying on his feet despite a tackle and the New Zealander was driven over the try line with the assistance of his colleagues in red – try Munster.

Holland landed the easy conversion in front of the posts after which Munster made good use of the maul to wind down the clock and edge it in a hard fought battle on Leeside.

PRO12 Round 21 round-up: Dave Kilcoyne draws ever closer to the 100 cap milestone for the province with the loosehead winning his 99th Munster cap this evening.

The three players in contention for Munster Rugby Player of the Year – CJ Stander, Billy Holland and academy player Rory Scannell – all started and contributed hugely tonight with Andrew Conway being named as Man of the Match.

The bonus point win sees Munster climb to 6th on the Guinness PRO12 table, level on points with next week’s opposition Scarlets who presently lie in 5th. Munster also lie within two points of 4th placed Ulster, however both Scarlets and Ulster have yet to play this weekend.

It makes for another massive home contest for Munster next Saturday at 3pm and you can be there to cheer on Munster in Thomond Park.

Tickets can be purchased online here, from the Munster Rugby Ticket Office in Irish Independent Park and Thomond Park or by calling 0818 719 300. 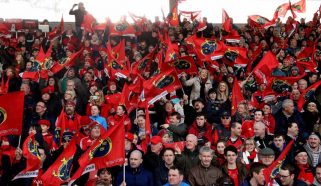 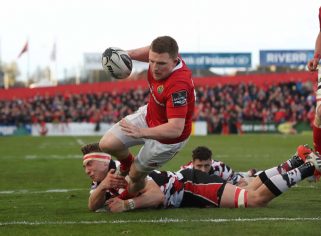