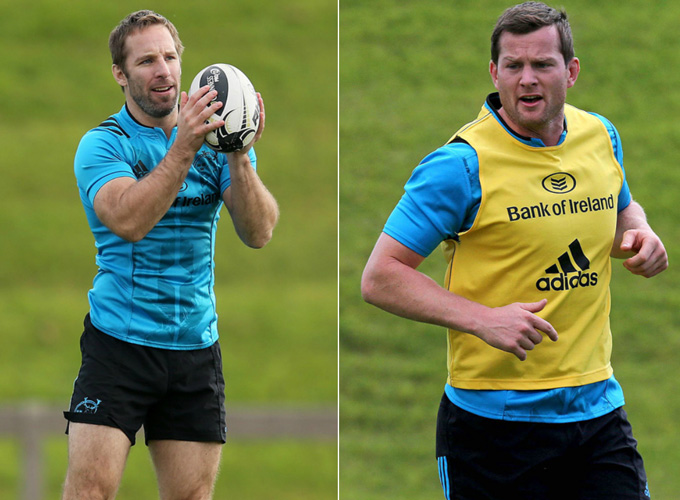 Head Coach Anthony Foley has named his side to face Cardiff Blues at Irish Independent Park tomorrow. CJ Stander will captain a side that sees 6 changes to the starting XV that defeated Glasgow with Tomás O’Leary and Denis Hurley included in a matchday squad for the first time this season.

It’s an all new front row of Dave Kilcoyne, Mike Sherry and BJ Botha with Mark Chisholm and Dave Foley continuing in the second row. CJ Stander will captain the side from the back of the scrum at number 8 with Dave O’Callaghan and openside Jack O’Donoghue completing the back row.

Duncan Williams and Ian Keatley again pair up in the half-backs while academy player Rory Scannell and Francis Saili return to the starting line-up in midfield.

Two changes in the back-three see Shane Monahan make his second competitive start on the wing with Andrew Conway switching to the full-back position, while Gerhard van den Heever remains on the opposite flank.

Having successfully completed their rehabilitation both Tomás O’Leary and Denis Hurley are in line to make their first appearances of the season after being named on the bench, and should John Ryan feature, the prop will win his 50th cap for the province.

On the injury front it has been confirmed that Stephen Archer requires surgery after sustaining a neck injury during the round 3 Glasgow encounter and the tight-head prop is expected to be side-lined for a number of months.

Adult tickets start from €;15 while all accompanied KIDS GO FREE! 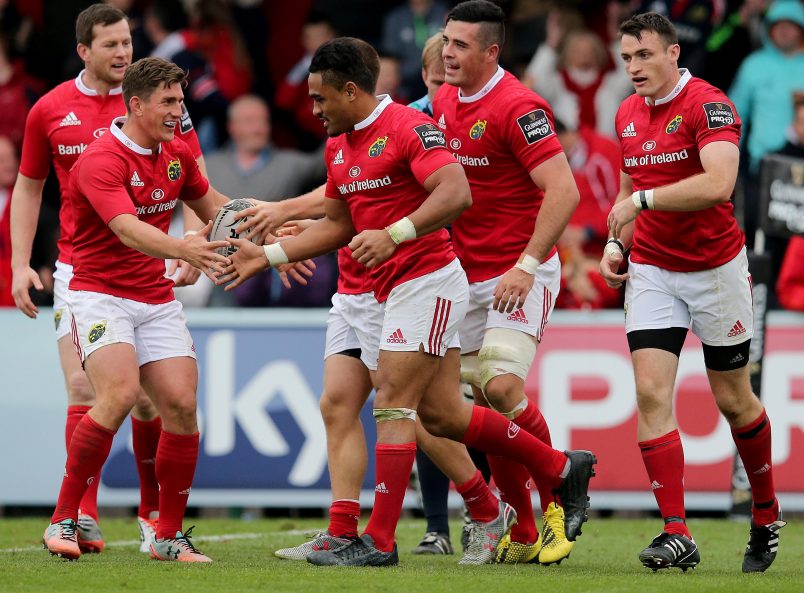 As the game ebbed and flowed fans were in store for a try fest with the Welsh outfit crossing the Munster line on 3 occasions while Anthony Foley’s charges produced 5 tries in continuing their winning start to the season.

With Munster racking up an early penalty count the visitors were unable to capitalise with Rhys Patchell missing three kicks in the first 10 minutes. The outhalf found his form on the fourth attempt and kicked the first points of the game after 15 minutes.

Patchell was instrumental in the next score also after Cardiff turned over Munster ball in the middle of the field they went wide with winger Garyn Smith making the yards and with Patchell providing the inside support he then offloaded to scrum-half Tavis Knoyle who ran in under the posts. Patchell added the extras to extend the visitors lead to 10 nil.

Crucially Munster responded after the restart and in making their way deep into the Cardiff 22 Francis Saili spotted the space out wide and made the long skip pass to Mike Sherry to send the hooker over in the left corner.

Keatley kicked his first conversion of the afternoon and followed up with his own try nine minutes later.

The fly-half broke through the Cardiff defence to score under the posts after Duncan Williams recycled quick ball from a Dave Kilcoyne instigated ruck and with the extras added Munster held a four point lead moving into the closing minutes of the first half.

However, in the final play of the opening half, Cardiff once again broke Munster’s line with winger Richard Smith making his way over in the far corner. Patchell added the difficult touchline conversion for a 14-17 scoreline at the break.

Munster’s poor defence continued early in the second half and the home-side coughed up a soft try when making it all too easy for centre Tom Isaacs to capitalise from 5 metres out. With Patchell kicking his third conversion the visitors once again held a 10-point advantage.

Munster rang the changes with 30 minutes remaining and introduced Tomás O’Leary, James Cronin and Jordan Coghlan. With O’Leary making his first appearance of the season the scrum-half was eager to impress on making his return to the province after three years with London Irish.

Despite an impressive defensive effort from the visitors Munster moved up a gear and produced a textbook maul try with Mike Sherry at the end of it in claiming his second of the afternoon.

And the pressure continued when Munster drove Cardiff back on their own scrum five metres out and replacement flanker Jordan Coghlan dived on the loose ball to score Munster’s bonus point winning try and his first for the province.

Keatley made it 4 from 4 when adding the conversion and we moved ahead by 4 points with 18 minutes remaining.

A Rhys Patchell penalty had Cardiff back within a point moving into the final minutes but Munster once again broke the Blues’ line when fullback Andrew Conway deservedly crossed for Munster’s fifth try.

Man of the match Ian Keatley maintained his 100% kicking record when slotting over the fifth conversion to give Munster a final 35-27 victory.

PRO12 Round 4 round-up: Tomás O’Leary made his first appearance for Munster today since May 2012. After successfully rehabbing an ankle injury Denis Hurley made his first appearance of the season coming on with 10 minutes to go. Jordan Coghlan scored his first try for the province in today's encounter. Two academy players featured in the squad, Rory Scannell starting and Dave Johnston off the bench. On scoring two tries Sherry made his 75th appearance for the province while John Ryan made his 50th when sprung from the bench. Munster moved to top of the PRO12 table after their round 4 bonus point win. 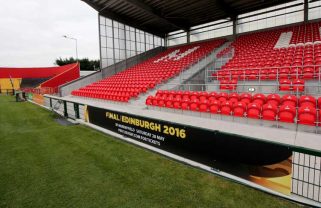 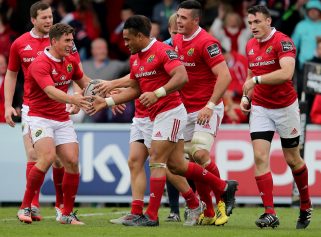