Ryan Returns For Zebre In Musgrave 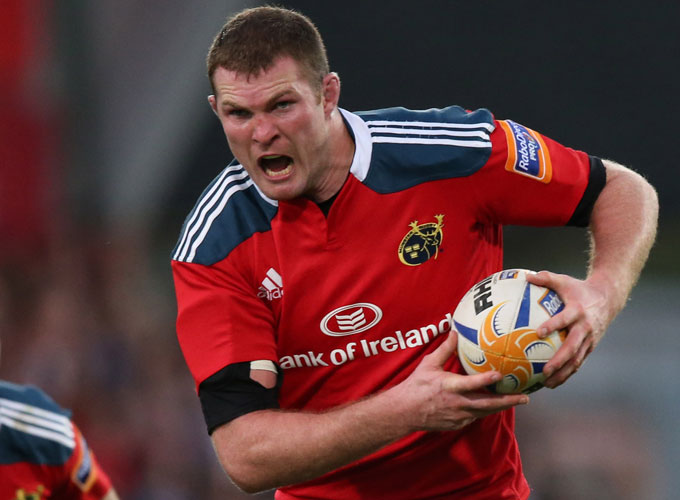 Donnacha Ryan has been named in the Munster side for tomorrow night’s clash with Zebre at Musgrave Park (ko 6:45pm).

Ian Keatley and Johne Murphy form an exciting new centre partnership with Gerhard van den Heever and Simon Zebo keeping their places in the side after both touched down last weekend. Zebo moves to the left wing with Jones coming in at full-back.

Cathal Sheridan makes his first start since injuring his knee against Ulster in January and partners JJ Hanrahan in the half-backs.

Hooker Duncan Casey is the only player that keeps his place in the front row with James Cronin, who is set to earn his 20th cap, and South African BJ Botha coming into the side.

Dave O’Callaghan comes into the back row for his first start since December with O’Donnell returning from international duty and CJ Stander moving to no. 8 as he maintains his place in the side.

Donncha O’Callaghan is poised to make a record-breaking appearance off the bench as he looks to make his 241st appearance and become the most-capped Munster player of all time.

Sean Dougall made his comeback from injury against Cardiff Blues and he is also named on a replacements bench that includes Duncan Williams, Denis Hurley and Andrew Conway.

Tickets are available from the Ticket Offices in Musgrave Park and Thomond Park today until 5pm and from the Ticketmaster van outside the Dolphin Gate tomorrow from 9am. 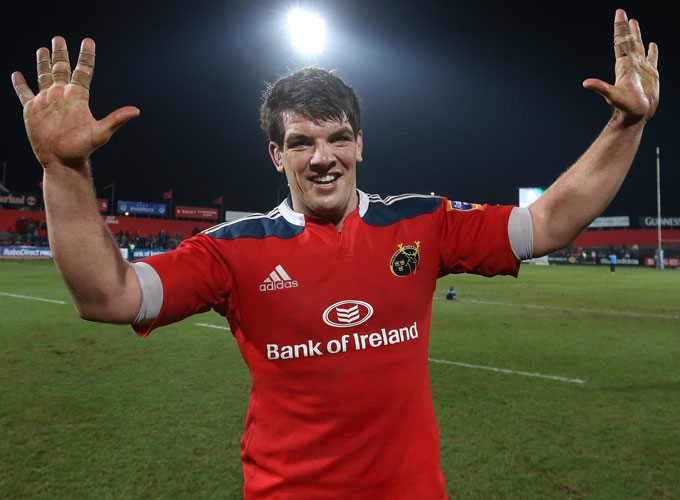 Munster moved back to the top of the RaboDirect PRO12 table after a tough win against a stubborn Zebre side at Musgrave Park with Donncha O’Callaghan making a record-breaking 241st appearance off the bench.

Simon Zebo and Young Munster’s Ger Slattery both touched down twice with Tommy O’Donnell also getting on the scoresheet but it was a much more difficult win than the scoreline suggests with Zebre frustrating the hosts for long periods.

It was the final game at Musgrave Park this season with the Cork venue to be redeveloped for the next campaign with Munster signing off with four wins out of four at the ground.

Zebre struck first blood after a scrappy opening ten minutes when scrum-half Brendon Leonard played a clever reverse pass to Giovanbattista Venditti. The winger broke down the left wing before popping it out wide to Tommaso D’Apice and the hooker dived over with Guglielmo Palazzani missing the conversion.

Munster’s reply was immediate with JJ Hanrahan knocking over a penalty from the left after Zebre were caught going in the side to make it 5-3.

The home side were nearly in for their first try shortly after when the returning Donnacha Ryan stole the visitors’ line-out but Johne Murphy’s chip through was too strong for his chasing team-mates.

Unfortunately, Dave O’Callaghan injured his knee during the move and had to be stretchered off. His namesake Donncha was the replacement and it was a historic moment for the Cork man as he came on for his record-breaking 241st appearance.

Munster took the lead with their first try in the 26th minute as Zebo weaved his way over the line from close-range. It was Ian Keatley, playing in the centre, who made the initial break with O’Donnell delivering the final pass to Zebo to dot down.

Munster scored their second try in the 34th minute and Zebo was the man again, this time darting over in the right corner for his fourth try in the last three games.

The try came after man-of-the-match CJ Stander peeled away from a rolling maul on the Zebre’22’ with full-back Dion Berryman tackling the South African just short of the line.

The ball was recycled quickly with James Cronin nearly sidestepping past the defence before Hanrahan fed Zebo on the right and the winger had too much speed for the scrambling defenders.

Hanrahan was just off-target with the difficult conversion to leave the score at 15-5. The lead was nearly extended when Zebo launched a thrilling counter-attack from deep inside Munster’s half with Gerhard van den Heever showing his lightning speed but Zebre managed to disrupt and Munster went in at the break with a ten-point lead.

The Italians were first off the mark in the second period as Palazzani moved Zebre to within seven with a simple penalty after a Munster infringement at the breakdown.

The home side struggled to regain their intensity in the second half but pulled clear in the final quarter with three more tries sealing the win.

They were aided by a yellow card for Zebre captain Andries van Schalkwyk just past the hour for dragging down a Munster maul and the pack took advantage of the extra man to score the third try less than a minute later.

Substitute Slattery was the try-scorer as he did brilliantly to control the rolling maul that careered over the line before grounding with Keatley adding the extras to push Munster into a 14-point lead.

The bonus-point win was secured when O’Donnell forced his way over the line after more intense Munster pressure on 14-man Zebre with Keatley on the spot again to make it 29-8.

Slattery showed great pace to dive over in the right corner after a counter involving Johne Murphy, Keatley and O’Donnell with Keatley superbly landing the touchline conversion to round off the scoring.

On the injury front, Dave O'Callaghan has gone to hospital with his knee injury and Duncan Casey had to come off with a knee hematoma. 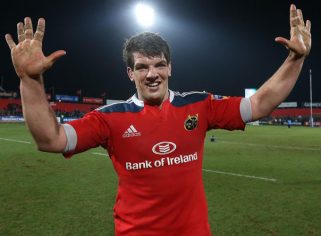