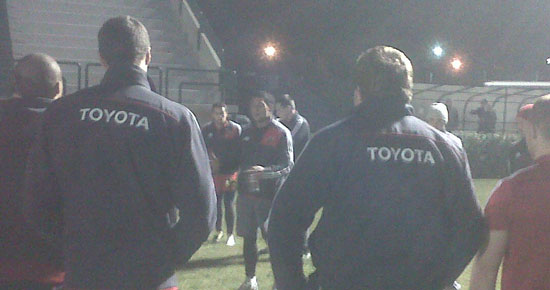 Last week Munster announced that ten of their young players had agreed contract extensions and today, seven of those get the opportunity to show what they’re about when they feature in the Munster side that takes on Benetton Treviso at the Stadio Comunale di Monigo (2pm local).

It's a side that shows just three players retained in the starting XV from last time out (v London Irish), injury and international commitment means that Munster go about defending their position at the top of the table with Doug Howlett leading a youthful side that sees first starts for Simon Zebo and Dave Foley while Academy player, UL Bohemians scrum-half Cathal Sheridan could win his first cap off the bench.

The home side are also shorn of their stars with eight involved in yesterday's game in Twickenham but Munster's strength in depth faces the greater examination and today's game does present opportunities for those whose names might be that familiar to Munster supporters.

In that context, Scott Deasy, even though not long past his 22nd birthday, is something of a veteran with five starts to date in the jersey he fills today, but the 22 year old second rows, Ian Nagle and Dave Foley have amassed just seven caps between them yet great things are expected of them.

Darragh Hurley gets the nod over Wian du Preez with Stephen Archer on thre tight-head side and the experienced Damien Varley in between while there's another pair of young veterans in the back row, Billy Holland and Tommy O'Donnell with the wily Dolphin man James Coughlan to mind them and lock the scrum.

Treviso have an admirable home record. Their victims at the Satde Comunale include, among others, Leinster and Connacht, and their supporters here in Treviso admit that the scalp they covet most is Munster's.

Despite the absence of their leading lights, they fancy their chances in this one and Munster need a near flawless performance if they're to upset the expectations of the home crowd.

Not A Lot To Cheer About In Treviso 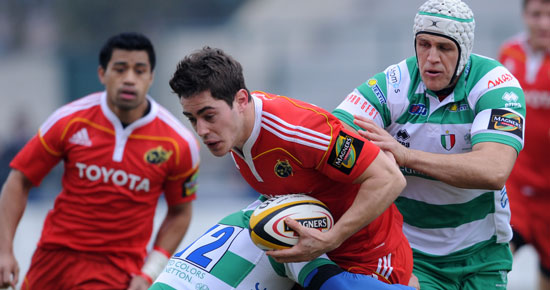 Losing by a point away from home, having trailed by 13 points with twenty minutes to go, and having played part of the previous twenty with 13 players, may at first sight encourage praise. However there was very little of that in the wake of Munster’s 19-18 defeat to Benetton Treviso at the well attended Stadio Monigo.

Without for one moment taking away from the home side's achievement, their sixth home win in seven games, this was a disappointing Munster performance. Yes, they were missing a long list of frontline players. So too were Treviso.

But they were also missing a whole lot more besides and although they did put themselves in a position to win this game with a converted try and 13 minutes left on the clock, they lacked the patience or the penetration to close the deal.

At the end of a first half that saw them cough up set piece possession on seven occasions they trailed 6-3. The gap went to six points when the unerring boot of Willem de Waal landed a 47th minute penalty and when the out-half added the touchline conversion to Gonzalo Padro's 69th minute try the crowd erupted.

However by now, Munster had sent on Mick O'Driscoll, Donnacha Ryan and Denis Hurley and they certainly brought a greater urgency to proceedings. With O'Driscoll leading by example they got a foothold in the home 22 and came away first with a penalty and then a try courtesy of skipper Doug Howlett with Warwick's conversion leaving just three points separating the sides.

But crucially, de Waal banged over another long range penalty before James Coughlan, who had a fine game throughout, scored Munster's second try. Warwick pulled the conversion just wide and to their credit Benetton managed to confine play to the Munster end for the remainder of the game. 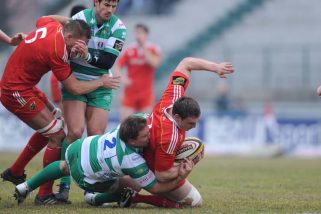 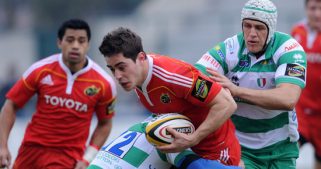 Not A Lot To Cheer About In Treviso