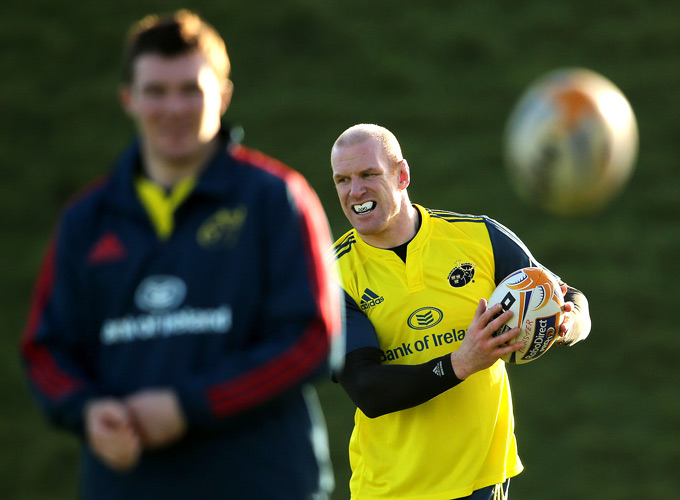 Captain Peter O’Mahony and Paul O’Connell have been named to start against Ulster on Friday night in Ravenhill in a side that includes twelve changes to the starting XV for the RaboDirect PRO12 encounter, ko 7.05pm.

Damien Varley returns from his bout off illness to start in the front row with Dave Kilcoyne and Stephen Archer.

Tommy O’Donnell joins O’Connell and O’Mahony in returning to the pack, while there is a change in half-backs this week with Cathal Sheridan and Ian Keatley starting.

Keith Earls misses out this week with a bruised shoulder and there is no place for JJ Hanrahan in the squad due to a tight groin but both are expected to train next week.

James Cronin received the all clear from the scan of his lower back but will not be involved this weekend. 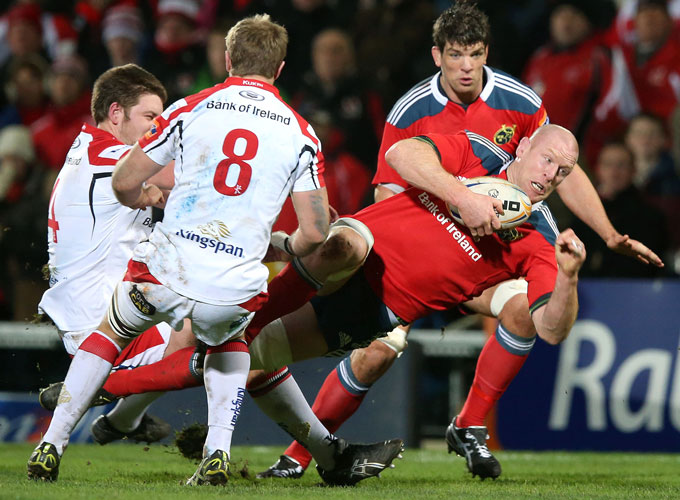 Munster produced a gutsy performance but their nine-game winning streak was ended by a determined Ulster side at Ravenhill on Friday night.

Rob Penney’s side trailed by 20 points as the game approached half-time before an Ivan Dineen effort on 40 minutes and two tries from rolling mauls in the second half gave Munster hope but three Ruan Pienaar penalties in the final 18 minutes kept Ulster in front and denied Munster a losing bonus point.

Pienaar kicked Ulster into an early lead after a Peter O’Mahony infringement at the breakdown.

Dineen did brilliantly to prevent an Ulster try moments later when he reached Payne’s grubber before Craig Gilroy but the Munster centre was deemed to have impeded the winger and the TMO advised referee Alain Rolland to award a penalty.

Ulster went for the corner and from the line-out Paddy Jackson chipped through a gap in the Munster defence and Payne dived on the ball with Rolland awarding the first try after a brief consultation with the TMO and Pienaar added the extras.

It was 13-0 in the 18th minute when Pienaar kicked another penalty and Ulster touched down again on 37 minutes when Payne attacked from deep after a turnover and glided through a gap in the Munster defence. The full back then popped it out wide to Andrew Trimble on the right wing and he cut back inside with Dineen managing to pull the winger down but Trimble offloaded to Darren Cave and he was over in the corner. Pienaar’s touchline conversion made it 20-0 and Munster were really on the ropes.

Rob Penney’s side regrouped and struck back on the stroke of half-time when substitute Duncan Casey was spot on with his first throw from the line-out and Tommy O’Donnell made it over the gain line after a good pass from replacement Duncan Williams.The ball was spread to the right wing before it was brought left again, Dave Kilcoyne made a few more yards and Williams did well again to set up Keatley with a flat pass and he found Dineen who stepped inside Jackson before stretching to touch down and give Munster hope just before the break. Keatley’s conversion drifted just wide.

Munster scored their second try after 48 minutes when Keatley found the corner with a penalty and Casey was on target yet again. This time O’Donnell was the target and the Munster rolling maul was stopped once by the Ulster pack but they re-organised and forced their way over the line with Kilcoyne grounding the ball. Keatley’s difficult conversion crept just inside the left hand post and Munster were within eight of the hosts.

Pienaar kicked another penalty to make it 23-12 before Munster scored their third try after 66 minutes. The rolling maul was Munster’s most lethal weapon and when they won the line-out midway inside the Ulster ’22 O'Mahony was found by Casey and the hooker controlled the maul brilliantly with Paul O’Connell before slipping the ball to James Coughlan who dived over.

A harsh penalty against Munster at the breakdown after 70 minutes allowed Pienaar to move Ulster seven points in front.

The visitors had a chance to draw level with five minutes left after another rolling maul but, despite the forwards crossing the line, Rolland refused to even go to the TMO and awarded Munster the scrum, with the set-piece resulting in an Ulster penalty.

That was Munster’s last opportunity and they were denied even a losing bonus point when O’Connell was yellow-carded for hands in the ruck with Pienaar kicking the penalty to put Ulster 10 points clear as Munster left Ravenhill empty-handed. 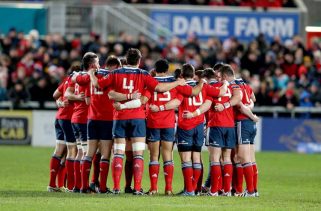 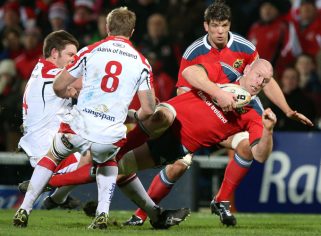