O’Donnell To Start For Munster 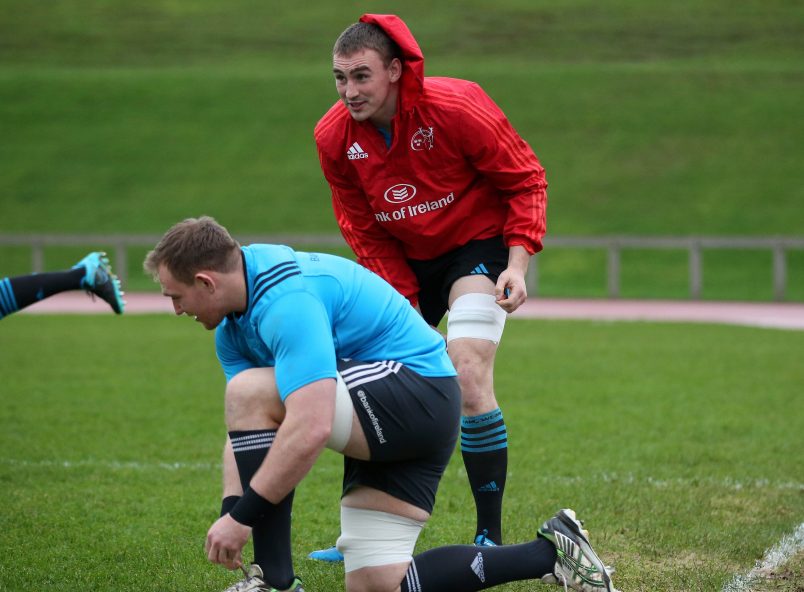 After making his first appearance of the season last week off the bench against Leinster Tommy O’Donnell will start against Ulster this Saturday in Kingspan Stadium, ko 3pm.

In the front row the injury forced withdrawal of James Cronin sees Dave Kilcoyne start at loose-head and as expected BJ Botha has overcome the flu in time to make a return to the starting line-up.

Mark Chisholm is introduced in the second row and with Tommy O’Donnell returning to the backrow Jack O’Donoghue makes the positional switch to blindside, with Captain CJ Stander continuing at 8.

There are three changes to the backline as Ian Keatley joins Tomás O’Leary in the halfbacks while Lucas Gonzalez Amorosino and Ronan O’Mahony are both introduced out wide.

Replacement scrumhalf Duncan Williams is in line to become the ninth player in the current squad to reach the milestone of 100 appearances for the province if sprung from the bench this weekend. 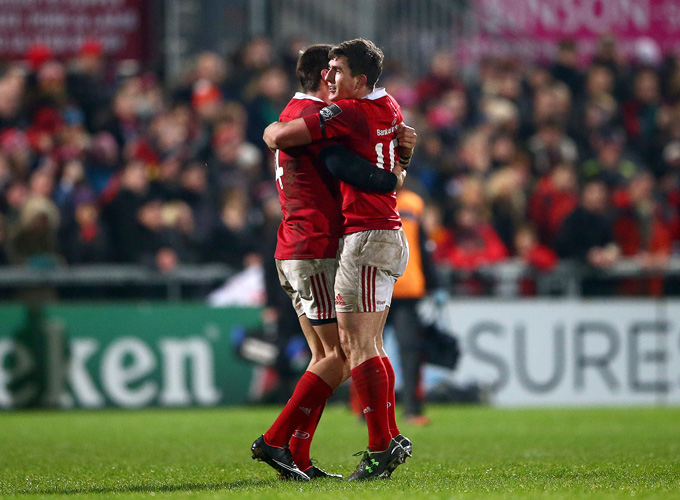 Following a five game losing streak, Munster returned to winning ways with a 7-9 away victory over Ulster in Round 11 of the Guinness PRO12. In a man of the match performance, Ian Keatley coupled excellent game management with 9 points from the boot through two penalties and one drop-goal.

It was Keatley who opened the scoring with a penalty, before the game’s only try from Louis Ludik saw Ulster lead 7-3 at the interval. However, Les Kiss’ men struggled to cope with the ferocity and determination of Munster in the second half, the southern province rendering them scoreless as Keatley kicked a dropgoal and a second penalty to push the visitors out to a 2 point victory.

Munster held the opening possession but the problems that dogged them in recent weeks continued to raise their heads in the game’s early exchanges, at one stage going through 10 phases but making little penetration before the Ulstermen eventually forced the turnover and cleared the early Munster threat.

With the pack doing well to steal an Ulster lineout, Munster made better headway on their next passage of attack and when former Munster-man Nick Williams was pinged for not releasing in the tackle, Keatley was presented with his first kick at goal and he duly got the men in red of the mark on 8 minutes.

Munster were soon given a firm reminder of the threats their hosts possessed across the park. Purposeful play from the home backline saw them leave the covering Tomás O’Leary with no option other than to run the ball into touch with Ulster making big yards through the subsequent maul and phases – the Munster defence doing well to force the clearing penalty just inches from the tryline.

On the week he signed a senior contract for the province, Rory Scannell showcased his quality by pouncing on some loose Ulster ball in midfield and almost making the tryline – Ulster just getting back in numbers and winning the turnover as the Munster centre found himself isolated.

From there however, and for the next 20 minutes, the Ulster pressure was relentless, forcing errors in the Munster lineout and mounting 12 and 15 phase attacks respectively with the latter seeing the Ulster-men cross for the first try of the game through Ludik – albeit that match officials missed a clear Ulster knock-on in the build-up. Jackson converted and Ulster led 7-3 on 25 minutes.

With Ulster going in from the side, Anthony Foley’s charges were presented with one last attacking opportunity in the half. Making yards from the initial maul, good recycling through the phases saw Munster bring play right up to the Ulster tryline, but when captain CJ Stander made a break for the whitewash, the northern outfit were more than up to the challenge, employing the choke tackle and quelling the Munster threat.

Still very much game on, Munster headed into the interval trailing by four and despite his side conceding the only try of the half, Foley would have taken from solace from a strong defensive display in the opening 40. The excellent form of the returning Tommy O'Donnell is also worth noting.

Excellent positional kicking from Keatley and some nice running, notably through Lucas Gonzalez Amorosino, presented Munster with chances early in the second half but knock-ons and a failure to secure some of their own lineouts released any mounting pressure on Ulster who themselves continued to look the more threatening when the ball went wide.

In his first action of the game, replacement hooker Niall Scannell played his part in Munster winning a scrum against the head just 5 metres from the Ulster line. From there the pack went through a couple of phases, providing Keatley with the perfect platform for a drop-goal and the Munster playmaker made no mistake in making it a one point game on 57 minutes.

With momentum swinging the way of the men in red, further intensity at the breakdown forced another penalty from the Ulstermen and Keatley kicked Munster into the lead with his second penalty on 59 minutes.

In a game that ebbed and flowed, Ulster then had the chance to retake the lead when Munster were penalised for collapsing the scrum. No joy for Jackson as his shot at goal fell just short of the target and Francis Saili and Keatley combined to clear the Munster lines.

Continued intensity and exemplary positional kicking from man of the match Keatley saw Munster hold on to the majority of possession and play the game predominantly in the Ulster half, but again knock-ons came to rue a couple of scoreable opportunities and kept Ulster within one kick of the lead.

In a dramatic climax to the game, Munster attempted to rundown the clock through the phases, Keatley looking as if he was poising himself for a second dropgoal, however on the 14th phase, Ulster won the turnover and a subsequent second penalty gave Jackson a kick for the lead with less than two minutes to play.

Much to the relief of Munster players, management and fans alike, his attempt went well to the right. With the attempt also falling short of the target, Ulster did reclaim the clearing Munster kick, but it was not to be for the hosts as the ardent and impassioned intensity that had stood so well to Munster all game, especially in the second half, saw them force the knock-on and with that came the final whistle.

PRO12 Round 11 round-up: Following his recovery from a hip dislocation, Tommy O’Donnell made his first Munster start of the season, as did Billy Holland, while Duncan Williams became the ninth player in the current squad to reach the 100 cap milestone for the province when he appeared from the bench in the second half.

The win sees Munster climb to 4th on the Guinness PRO12 table, one place ahead of Ulster on 32 league points. The game also saw Munster achieve a league double over Ulster for the first time since Season 2010/11 – the last time they won in Belfast. The province will return to PRO12 action away to Zebre on Saturday January 30th and will now concentrate of European Champions Cup action for the coming three weekends. 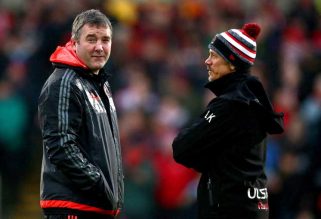 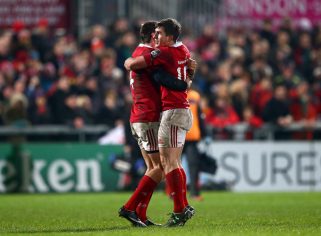