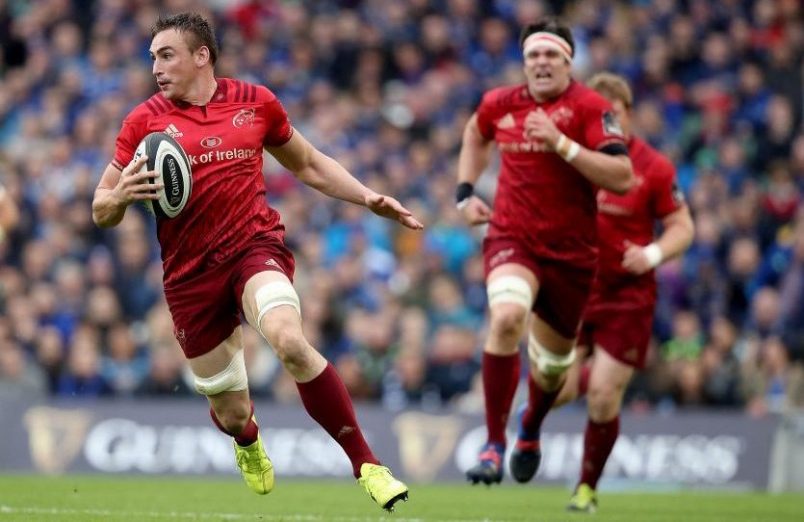 Ireland international Tommy O’Donnell will captain Munster for the first time since leading the province to a win over the Maori All Blacks in November 2016.

Stephen Fitzgerald starts at full-back with Calvin Nash and Darren Sweetnam on the flanks.

Rory Scannell and Dan Goggin team up in the centres with James Hart and JJ Hanrahan providing the half-back pairing.

Jeremy Loughman, Kevin O’Byrne and Brian Scott make up the front row with Fineen Wycherley and Darren O’Shea in the engine room.

Tipperary prop Cronan Gleeson, who has trained with the squad during pre-season, is among the front row replacements alongside Dave Kilcoyne, Mike Sherry and Ciaran Parker.

New signings Neil Cronin and Mike Haley are among the backline replacements along with Ian Keatley and Academy trio Jack Stafford, Alex McHenry and Liam Coombes.

The bedding-in process of the new pitch is now underway with two games to be played at the venue in the Kearys Renault Series 2018 over the next eight days. 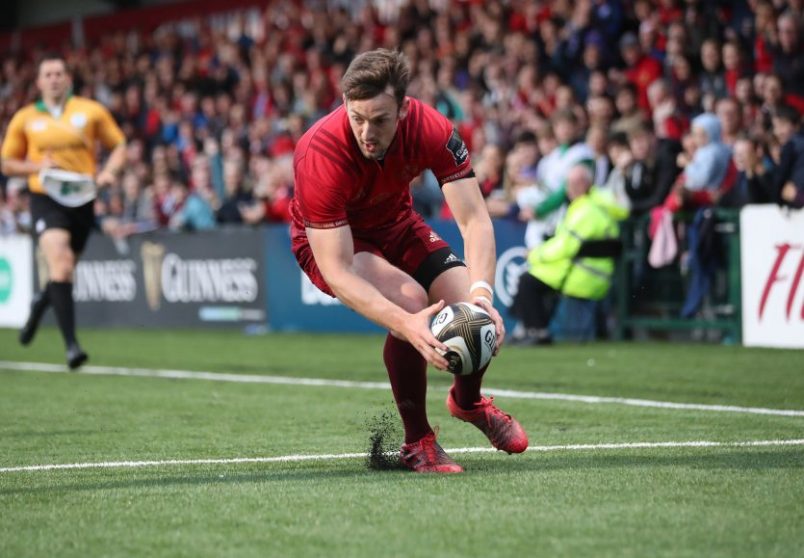 The game saw Munster play on the new modified 3G pitch at Irish Independent Park for the first time with the surface installed by Tralee-based company PST Sport over the summer.

Next up for Munster is Exeter Chiefs at Irish Independent Park next Friday at 7.30pm, tickets are available here.

Munster dominated the opening 10 minutes but Irish defended well before hitting Munster with a suckerpunch. Centre Matt Williams hacked a loose ball into the Munster 22 before showing impressive speed to race clear and score. Greig Tonks added the extras.

Munster responded excellently and scored in similar fashion moment later. Goggin kicked a loose London Irish pass clear and Sweetnam picked up the mantle with the winger showing his footballing skills to kick well into the 22 and control the bouncing ball to score in the left corner.

Munster were ahead on 19 minutes with Sweetnam and Stephen Fitzgerald setting up good field position after a break up the right wing with Scott pouncing to score an opportunistic try at the base of the London Irish ruck.

Hanrahan saw his conversion drift just wide but made no mistake with a drop-goal on 29 minutes to move Munster 13-7 ahead. The score came after a thrilling move as Hanrahan’s crossfield kick found Sweetnam with offloads from the winger and full-back Fitzgerald nearly carving open Irish but the Exiles were strong in defence.

Now firmly in the ascendancy, Munster were in for their third try on 34 minutes as Goggin powered over in the left corner with Hanrahan’s excellent conversion making it 20-7.

London Irish hit back with a Will Hoskins try off a rolling maul on the stroke of half-time but Munster led 20-14 at the interval.

Munster made a raft of changes at half-time and lost some of their fluency as a result but Sherry crossed from a lineout maul after another dominant spell with Keatley’s conversion giving Munster a 27-14 lead.

A fifth try in the final five minutes was no more than Munster deserved after another rolling maul with Sherry credited with the score. Well-taken late scores from Topsy Ojo and Scot Steele in each corner saw London Irish end the night on a high but the win was Munster’s. 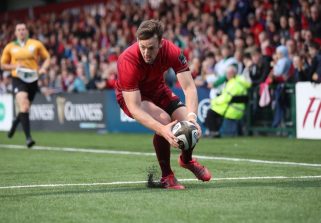 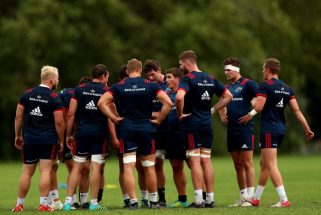