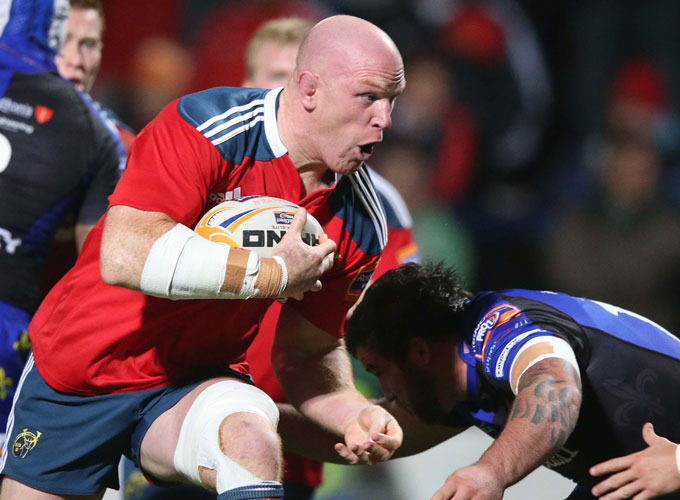 Billy Holland will captain the side at Rodney Parade.

Head Coach Rob Penney has continued his rotation policy with 12 changes to the team that beat Cardiff Blues 31-10 last week.

Try-scorer Felix Jones is the only survivor in the backs with CJ Stander and Holland the only forwards to keep their places.

Prop Stephen Archer will earn his 60th cap and is joined in the front row by Dave Kilcoyne and hooker Mike Sherry.

O’Connell and Donncha O’Callaghan make up the second row with Holland, Stander and no. 8 James Coughlan in the back row.

Duncan Williams will be partnered at half-back by the returning Keatley with Downey and Earls starting in the centre positions.

Denis Hurley comes onto the left wing for his first start since injuring his knee against Gloucester with new signing van den Heever making his debut on the opposite flank.

Ian Nagle is named on the replacements bench and could feature for the first time since he injured his left foot against Zebre in the middle of September.

Munster go into the game as leaders of the RaboDirect PRO12 and will be keen to extend their five game winning streak.

In making 12 changes to a side that performed so impressively last weekend against Cardiff, Rob Penney has given his players a chance to impress ahead of the crucial Heineken Cup double-header against Perpignan.

“There are some players getting an opportunity this week that will need to play well to force their hand in terms of ERC selection,” said the New Zealander.

“It’s exciting because the other guys have done their job and when you’re growing in depth and guys are getting rotated in, then they’ve got to perform well when they get their opportunity.”

Please note Friday night’s game will not be televised and updates will be issued via Twitter here. 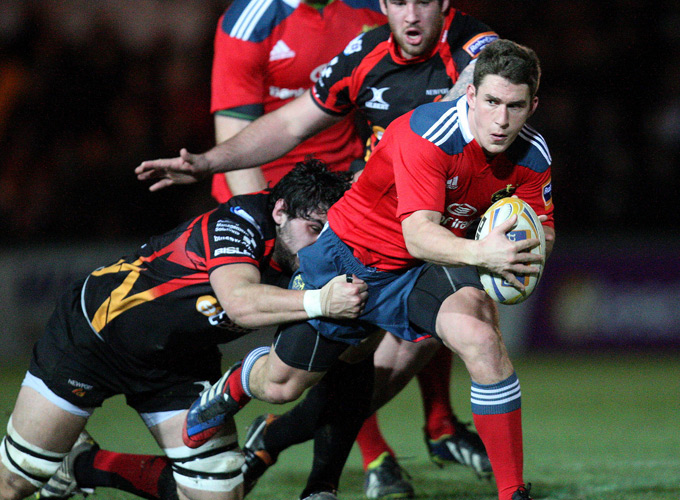 A stop start affair in the opening half with neither side able to build a significant number of phases left the score 6-3 at half-time in Rodney Parade.

But a much livelier second half which included a Newport try and drop goal, and five Keatley penalties saw Munster tip the balance and claim the spoils with an 18-14 victory.

Jason Tovey opened the home-side’s account after 12 minutes and missed a chance six minutes later to extend the margin before Keatley responded with his first shot at goal after 26 minutes to level the sides.

The Welsh out-half stepped up again just before the half after Munster were penalised for holding on and Dragons led by 3 at the break.

Munster’s best phase of play produced the short range penalty for Keatley in front of the posts whereas the men of Gwent showed glimpses of attacking threats that would ultimately end in error or were held up by the Munster defence.

Shortly after the re-start Mike Sherry went down with an injury to his knee, and in shaking it off he was caught in a defensive line with James Coughlan, who his own injury woes (eye), outside him affording Newport the attacking opportunity to break through with Matthew Pewtner scoring the only try of the game in the far right corner. With Tovey missing the touchline conversion Munster were still within reach after 45 minutes.

A subsequent missed penalty from Tovey gave Ian the chance to reduce the gap to 5 points after 55 minutes when Newport were pinged for not rolling away.

With Sherry and Coughlan replaced by Damien Varley and Barry O’Mahony Munster were back to full working order before Keith Earls was binned for a high tackle on Pewtner. With the side reduced to 14 it was actually Munster who picked up the next two scores thanks to the boot of Keatley, and they led for the first time of the game, 11-12.

The home-side were quick to respond and after advancing in to the Munster 22 Tovey eyed up the drop-goal opportunity to kick his side ahead by two moving in to the closing stages.

In a nervy final minutes Munster clawed back and rallied to produce two penalty opportunities for Keatley who completed his tally in kicking 6 out of 7 penalties and all of Munster's points.

Injury update: Gerhard van den Heever, in making his debut, sustained a hand injury while Mike Sherry who injured his left knee will get a scan on Monday.

After the game Head Coach Rob Penney had the following to say, “I’m really delighted to get 9 points out of the last two weeks, it has been a real bonus for us and the lads have worked really hard coming out of Cardiff last week with a six day turnaround and travel again, and it’s a great credit to the guys to get the job done.

"I think Dragons had the edge on the scoreboard but they didn’t necessarily have the edge in the game. Our set piece was operating really efficiently, they defended in quite a unique way so it was hard to make some progress at times but once we got our structures right in the second half and were able to get runners in behind their defensive alignment we started to make some holes and off the back of those holes and pressure we were able to get some penalties.

Ian Keatley dictated territory beautifully and put himself in position to kick some wonderful goals.
We got the decisive penalty from a great scrum and we were pretty confident that he had the distance, and as soon as he hit it he turned and walked away so we were confident that it was going over.

It was good to get out of that with Earlsy in good shape and great to get 70 minutes of rugby under his belt. It’s really positive for us leading in to a mammoth few weeks ahead.

Gerhard’s got a bit of a hand injury which was really unfortunate, he was taken out off the ball, and it’s pretty sore for him. It was a great debut, and it was really nice to see him put the jersey on and wear it with such dignity at this point of his career, his first start, and we are expecting some lovely things from him.” 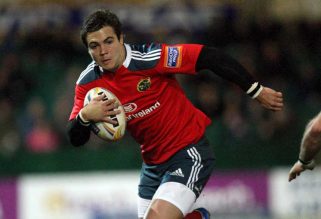 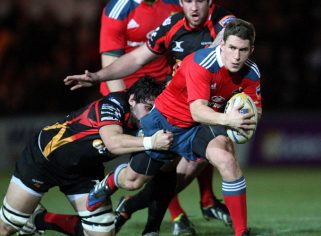