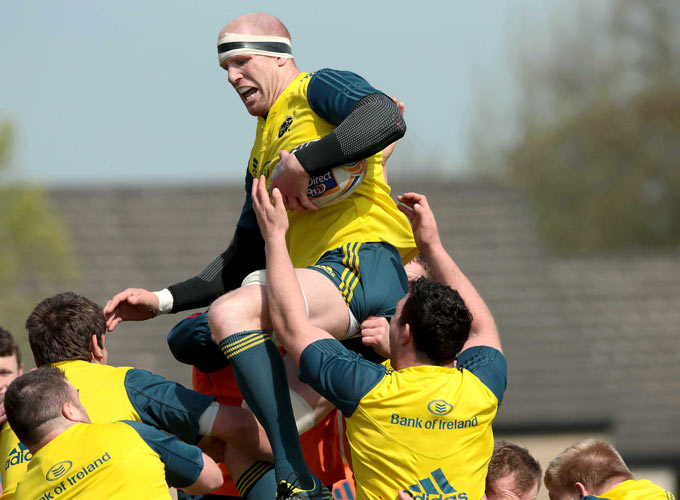 Head Coach Rob Penney has rung the changes for Saturday’s Sportsground showdown against Connacht at 6.15pm.

A much improved performance from last weekend is required if Munster are to achieve a crucial result, with the province needing a victory to keep their chances of knock-out qualification alive.

With four changes to the pack Paul O’Connell returns this week joining Donncha O’Callaghan in the second row, while Dave Kilcoyne and Damien Varley start in the front row with John Ryan making the positional switch to tight-head. Paddy Butler takes the place of James Coughlan in the back-row as Varley takes over the captaincy duties this week.

Duncan Williams teams up with Ian Keatley at half-back, while Denis Hurley, Johne Murphy and Andrew Conway all join James Downey and Gerhard van den Heever in the backline.

In the replacements Munster are bolstered by the addition of BJ Botha who limped off last weekend with a mild ankle injury, and following a week of rest and rehabilitation the prop is in line to make his 70th appearance for the province.

JJ Hanrahan who was ruled out earlier in the week met with the specialist and it was confirmed he sustained a moderate groin tear. The plan going forward is for JJ to progress with rehab and continue to be monitored by the medical staff on a daily basis. 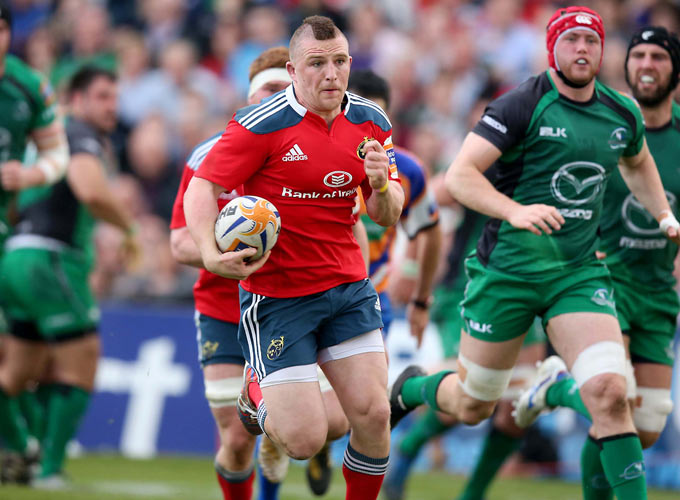 In ideal playing conditions at the Sportsground Munster claimed a bonus point victory against Connacht to win 32-23 tonight, moving the province back to 2nd spot in the table.

With the overall score-line not reflecting how tight the game was Munster crossed the line on three occasions in the opening forty with the back-three all touching down.

Overall it was an exciting first half which saw the home-side open the scoring after a Munster lineout infringement, and Miah Nikora stepped up to kick the three points after 14 minutes.

Munster immediately responded with an Andrew Conway try, after a well worked move straight off the training park saw Duncan Williams feed the winger off the Munster scrum and he darted over for the first try. Keatley with an easy conversion in front of the posts brought it to 3-7 after 17 minutes.

But Connacht quickly restored their advantage when they simply moved the ball through the hands and a clear 2 v 1 play released Matt Healy in unopposed for Connacht’s opening try. Nikora was off target with the conversion and the home-side led by 1 after 20mins.

Two well-struck Keatley penalties followed for Munster after Connacht were ruled offside just inside their half and a dominant Munster scrum secured the second.

On the half-hour mark Nikora sent a cross field kick in winger Danie Poolman’s direction but a foot in touch, after consultation with the TMO, ruled out any advantage.

And it was Munster who increased their points tally when Gerhard van den Heever scored an intercept try from the half-way mark with Keatley adding the extras.

Then Duncan Williams displayed some impressive skill to chip over the Connacht defence and gather the favourable bounce before firing the pass out to Denis Hurley who ran in Munster’s 3rd try just before the break.

Keatley continued with his flawless kicking display to add the conversion, leaving the score 27-8 in Munster’s favour at half-time.

Munster returned showing their intent from the off, opting to kick for the corner from an early penalty and the lineout maul saw the pack crash over the line but no try was awarded after the TMO ruled that the ball was lost forward.

The Connacht men continued to attack and apply the pressure when moving into the Munster 22, and were rewarded for their efforts when replacement Conor Gilsenan offloaded to number 8 Eoin McKeon who dived over in the corner.

The dog-fight continued with Connacht maintaining the intensity and Munster conceded 3 more points after 62 minutes when penalised for coming in from the side.

Munster finally secured the bonus point try after 72 minutes when Paul O’Connell stole a Connacht lineout ball and man-of-the-match Paddy Butler completed the attack when powering over for Munster’s 4th and final score.

Connacht finished the game with a Poolman intercept try to give a final score of 23-32. 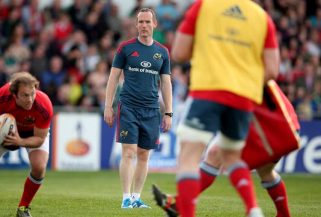 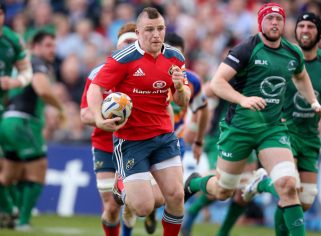