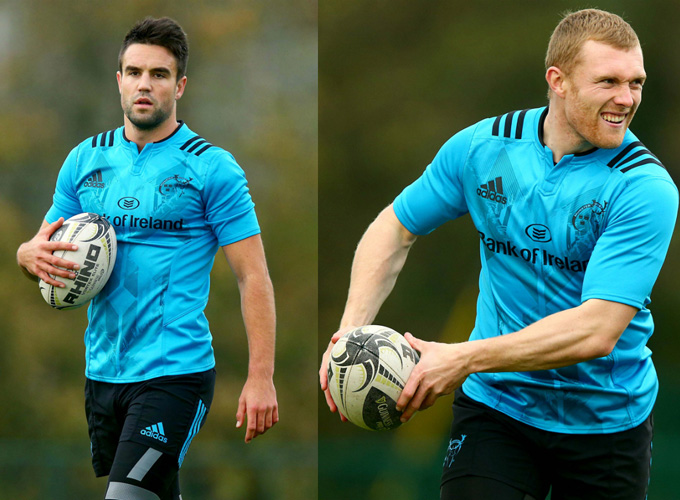 The Head Coach makes eight changes to the starting XV that defeated Ulster at Thomond Park for this weekend’s Round 7 clash of the Guinness PRO12.

Dave O’Callaghan returns at 6 with Jack O’Donoghue continuing at 7 and captain CJ Stander completes the back row in switching back to number 8 for tomorrow’s encounter.

Conor Murray and Ian Keatley resume their partnership for the first time this season in the half-backs with Francis Saili and Keith Earls forming a new pairing in the midfield.

The only personnel change amongst the back-three sees winger Ronan O’Mahony make his first start of the current campaign. Gerhard van den Heever remains on the right wing and Simon Zebo makes the move to full-back.

Uruguayan international Mario Sagario is again in line to make his first appearance for the province after being named amongst the replacements.

On the injury front, Billy Holland (ankle) has completed his return to play rehabilitation and is expected to play a part in Cork Constitution’s All Ireland League encounter against Young Munster at Tom Clifford Park while squad captain Peter O’Mahony’s knee surgery is expected to take place in a fortnight. 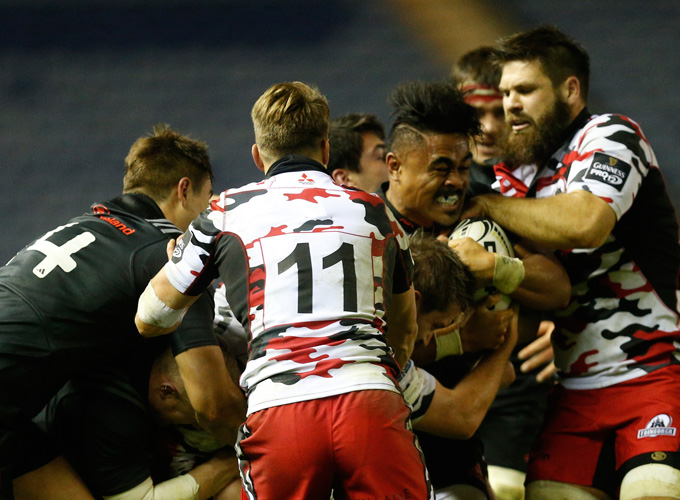 Munster just about maintained their winning ways in Murrayfield with a 14-16 win over Edinburgh in Round 7 of the Guinness PRO12. Although it might well have been the hosts who took the spoils after loose play saw Munster hold on for dear life with over 80 minutes played.

The game’s sole try came the way of John Ryan in the opening half, and despite momentum and the lead going the way of Edinburgh early in the second half, Munster did well to work themselves back into the lead, before an Edinburgh intercept in the final passage saw Munster close out the game camped on their own try line.

The result sees Munster climb to second on the Guinness PRO12 table, just one point behind leaders Connacht on 27 points.

Despite the heavy rain coming to a halt before kick-off, conditions remained slippery but it was the home side who found themselves with more of the handling errors in the opening 40, a stat that is also testament to the strong defence shown by Anthony Foley’s men from the off.

Retaining most of the opening possession, Munster were almost in after 5 minutes – the well-executed up and under from Ian Keatley and good aerial work from Ronan O’Mahony saw the oncoming Jack O’Donoghue reclaim possession. From there a neat kick-thru from Francis Saili for the darting Simon Zebo almost saw the Corkman cross for his 40th Munster try – the Edinburgh defence just winning the footrace.

Still with an attacking scrum, Munster went through the phases and John Ryan – on his first start of the season – touched down at the base of the posts with the support of his fellow forwards on 7 minutes. Keatley had the easiest of kicks to make it a full 7 pointer

Not rolling away soon allowed the hosts to close the gap on 11 minutes, Sam Hidalgo-Clyne making no mistake.

When Gerhard van den Heever mistimed his tackle on Tom Browne, the Munster winger saw 10 in the bin and Edinburgh looked to capitalise with the extra man – not to be however.

From the subsequent penalty Donnacha Ryan did well to steal the line out and Munster continued to hold possession. World Cup returnees Conor Murray and Keith Earls nearly succeeded in creating Munster’s second try – the scrum half kicking in behind the Edinburgh defence for the always threatening Earls who knocked on in the tackle from the cover defence.

Try as the hosts might, despite choosing to go wide with the man advantage the Munster defence was more than up to the challenge with Keatley kicking well in securing good field position for the province.

In fact, as van den Heever re-joined proceedings, he found his teammates camped five metres from the Edinburgh try line. In the end Munster came in from the side and Edinburgh were off the hook.

With Munster’s scrum suffering at the hands of their opponents, ill-discipline also dogged the Munster-men in terms of the breakdown and this was a trend that continued all game.

At Munster’s next infringement at the breakdown, Donnacha Ryan was again to the rescue in stealing the line-out inside the Munster 22. A knock on from the clearing kick gifted Munster a scrum deep in the Edinburgh half and Keatley extended Munster’s lead to 3-10 after Edinburgh coughed up a penalty at the scrum.

Losing a little composure, Edinburgh were then pinged for holding on – Saili doing well to stay on his feet – and Munster went through the phases in the opposition 22. However this time they got little change from Alan Solomons’ men.

As the half drew to a close Edinburgh attacked with a bit more purpose and that pressure soon paid when Munster were penalised for not rolling away and Hidalgo-Clyne reduced the deficit to four just before the interval.

Game very much on the second half when Edinburgh drew first blood – Damien Hoyland getting the ball in space with good support from Tom Brown before a well worked switch with Will Helu saw the centre touch down on the left wing and hand Edinburgh the lead. Hidalgo-Clyne's miss with the conversion kept the deficit to just one point, 11-10 after 49 minutes.

The next chance came the way of Munster when the hosts infringed at the breakdown but Keatley was unable to convert his second long range effort of the evening.

Continuing their dominance at scrum time, yet another penalty for the Scots brought them into Munster territory before not rolling away at breakdown saw Saili binned on 55 minutes – Hidalgo-Clyne on the money in extending his side's lead to four points with the penalty.

Following a 20 minute onslaught from Edinburgh momentum eventually swung the way of the Munster-men, with the hosts becoming as guilty as their visitors when it came to cheap penalties.

Losing dominance in the scrum, they presented Keatley with the chance retake the lead for Munster and he duly did – making it 14-16 on 68 minutes.

A resurgent Munster in the final 15 minutes also saw them retake the lion's share of both possession and territory, and gain parity in the scrum.

A total of 19 phases saw Edinburgh unable to get beyond the half way line with an impenetrable visiting defence eventually forcing the knock on and ending what should have been the host's final attacking opportunity – James Cronin in particular showcasing excellent defence during this passage of play.

More drama was to follow however. With 80 minutes on the clock and with possession from the scrum secured, Munster chose to run the ball only for Edinburgh to intercept. A scrambling Munster defence halted the host's advance but not before they found themselves within yards of the Munster try line from where the used the pick-and-go for over 20 phases.

Knowing they would be well and truly be the masters of their own downfall were they to concede a try, Munster's desperate defence held firm when it needed to the most.

With little penetration across 20 phases, Hidalgo-Clyne opted for the drop-goal attempt, but with Edinburgh knocking on in the process their chance for a late steal went a begging and Munster got out of jail – but only just!

Round 7 PRO12 round-up: World Cup returnees Conor Murray and Keith Earls both saw their first provincial action of the season while Uruguayan prop Mario Sagario made his first Munster appearance. John Ryan scored only his second try for Munster on his first start of the season and Ronan O’Mahony was another to make his first start of the season this evening. Rory Scannell was the only Academy player involved in the matchday squad. Replacement scrumhalf Tomás O'Leary was a late withdrawal after failing a final fitness test and his place went to Cathal Sheridan on the bench.

Munster now take a break from league action and open their European Champions Cup campaign over the next two weekends – at home to Treviso and away to Stade Francais respectively. Munster return to PRO12 action against Connacht at Thomond Park on Saturday November 28th. 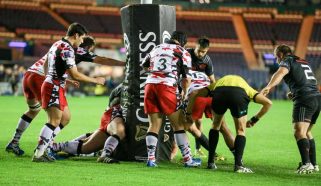 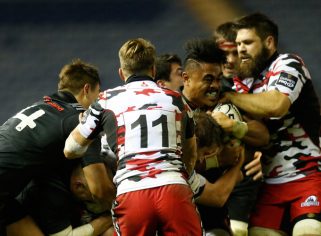