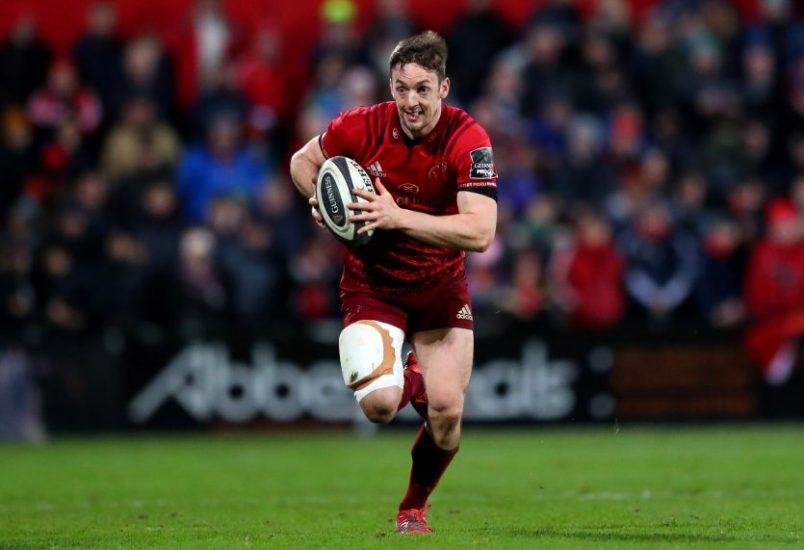 Darren Sweetnam starts on the wing.

The team travel to Bloemfontein from Cape Town today with nine changes to the side that defeated the Southern Kings 39-22 in George last Saturday night.

Zebo starts at full-back with Conway and Sweetnam on either flank as Arnold joins Dan Goggin, who scored his first Munster try last week, in the centres.

JJ Hanrahan moves from full-back to out-half for the clash with James Hart at scrum-half.

Versatile prop Brian Scott makes his second start of the season, his first at loosehead, as Niall Scannell and John Ryan maintain their places in the front row with Ryan set to make his 120th appearance for the province.

Holland returns to partner Gerbrandt Grobler in the engine room and it’s all change in the back row as captain O’Mahony, O’Donoghue and Copeland are all back in the starting XV.

Munster Storm Back To Beat Cheetahs 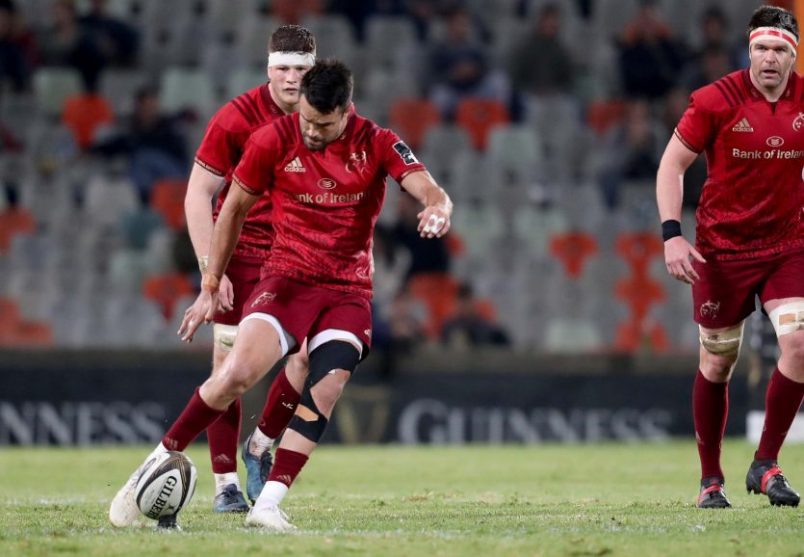 A 57-metre penalty from Conor Murray proved the winning score for Munster in Bloemfontein as Johann van Graan’s men recovered from 14-0 down to secure another Guinness PRO14 victory on Friday night.

First-half replacement Murray, who touched down immediately after his introduction for the injured James Hart, was the Munster try-scorer with JJ Hanrahan landing three penalties and a conversion.

Cheetahs were on top in the first half and were 17-7 ahead at the interval but Munster dominated after the break to secure the win.

The Cheetahs led after 10 minutes thanks to a Clayton Blommetjies try in the right corner. The score came after the first real attack from either side as the Cheetahs won a penalty off a scrum and Johan Goosen kicked the hosts deep into Munster territory. The Munster forwards just about repelled the initial attack but the Cheetahs had numbers on the opposite flank and Blommetjies touched down with Goosen’s touchline conversion making it 7-0.

The Cheetahs’ tails were up now with the offloads sticking and it needed a desperate last-ditch tackle from Andrew Conway to prevent a second try before a big hit from Sammy Arnold on Uzair Cassiem stopped the attack as the line beckoned. Simon Zebo was sin-binned in the aftermath but Munster had survived.

An excellent turnover from Niall Scannell won possession back for Munster and when the maul was illegally dragged down, Munster went to the corner but the lineout was spoiled by the Cheetahs and the chance was gone.

The hosts extended their lead just before the half-hour after a scrappy ruck that saw Munster win the turnover before Cheetahs won the ball back immediately and Blommetjies managed to streak clear and put scrum-half Tian Meyer over in the right corner.

Goosen was again on target and Munster trailed 14-0.

Jack O’Donoghue looked to have struck back immediately after some slick play deep inside the Cheetahs 22 off a scrum but the TMO ruled out the try with Munster deemed to have knocked on in the build-up.

A Goosen drop had given Munster the opportunity and the out-half again dropped the ball as Cheetahs looked to clear the lines with Conor Murray, who had replaced the injured James Hart, scoring with his first touch after breaking off the back of the five-metre scrum.

Hanrahan made no mistake with the conversion and Munster trailed 14-7. An early Billy Holland challenge on Blommetjies gave Goosen a first penalty chance after 39 minutes and the out-half gave the Cheetahs a 17-7 half-time lead.

A big tackle from Holland and good work by Robin Copeland won a penalty for Munster on 44 minutes with Hanrahan landing an excellent long-range penalty to reduce the gap to seven points.

Hanrahan landed another tough penalty after 52 minutes to make it 17-13 with Munster on top early in the second half.

The penalties were building up as Cheeaths continued to infringe and Hanrahan kicked his third penalty just past the hour as Munster moved to within a point.

Yet another penalty, this time for a lineout infringement, gave Murray the chance to kick Munster into the lead from 57 metres and it flew over with something to spare and Munster led 19-17 after 66 minutes.

The Cheetahs looked to strike back in the final 14 minutes but the Munster defence was rock solid and the pack had the final say in the scrum as they won a penalty after the hooter to secure possession and the victory.

Munster become the first travelling PRO14 side to win both of their games in South Africa.

James Hart departed after 36 minutes for a HIA with Jack O’Donoghue and Dan Goggin both taking knocks. The trio will be assessed by Munster’s medical staff.

Catch the end on @SuperSportTV 1 and Sky Sports Mix! pic.twitter.com/N3QD7fMRm4 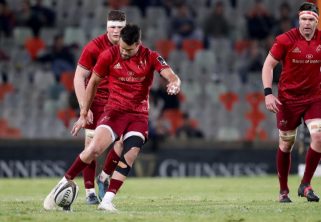 Munster Storm Back To Beat Cheetahs