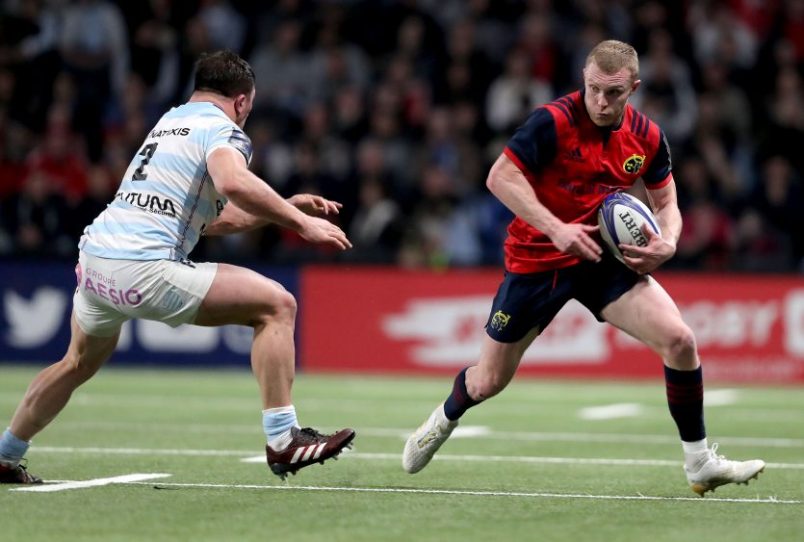 The clash will be a record 13th semi-final for the province and their first trip to the Stade Chaban-Delmas since the famous 31-25 win over Toulouse at the semi-final stage 18 years ago.

There are nine changes to the side that defeated the Cheetahs 19-17 in Bloemfontein last Friday night.

Keith Earls returns from injury to make his 150th Munster appearance on the right wing with Alex Wootton coming into the side on the opposite flank.

Andrew Conway maintains his place in the starting XV as he moves to full-back.

Sammy Arnold and the returning Rory Scannell resume their centre partnership with Ian Keatley and Conor Murray in the half-backs. 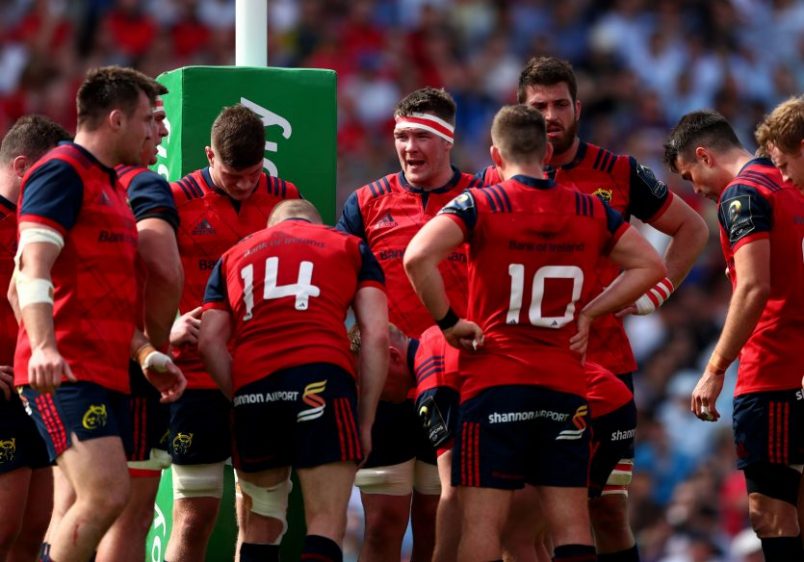 Munster fought to the bitter end and Simon Zebo, Rhys Marshall and Andrew Conway all touched down in the final quarter but Racing claimed the win.

The Munster fans travelled in their thousands and were in fine voice throughout but there will be no visit to Bilbao as Racing advanced to next month’s decider.

Racing made a very strong start and led after just five minutes through a Thomas try in the right corner.

It was a well worked move from the Paris club with a skip pass from Virimi Vakatawa giving Thomas the space to score. Maxime Machenaud landed the touchline conversion and Racing led 7-0.

Munster fought back with CJ Stander winning a big turnover before Alex Wootton caught a Racing crossfield kick and released Andrew Conway for a run up the left touchline.

Sammy Arnold continued the attack but the Racing defence scrambled to halt the attack.

Ian Keatley kicked his first points of the day with 16 minutes played after Racing were pinged at the breakdown to cut the gap to four points but Racing hit back almost immediately.

Vakatawa again worked his magic to slice through the Munster defence before sending Thomas over for his second try.

Machenaud was again on target to push Racing into a 14-3 lead after 19 minutes.

Racing were rampant now and were over for their third try after 21 minutes with Thomas again running in before passing back for Machenaud to touch down. The scrum-half obliged with the conversion before slotting his first penalty after 25 minutes and Munster trailed 24-3.

Facing a huge task, Munster put their shoulder to the wheel and the pack won a scrum penalty to give them go-forward ball.

After going through a number of phases in the Racing 22 and turning down two shots at goal in the search for their first try, Munster were being met by a brick-wall of Racing defence.

A quick-tap from Conor Murray helped move Munster into the Racing 5-metre line before Sammy Arnold was held up and Racing eventually won a penalty to close out the half as they led 24-3.

Munster then changed the entire front row with Simon Zebo also replacing Alex Wootton and going to full-back as Conway moved to the wing.

Rhys Marshall looked to have crossed for a try in his first involvement but referee JP Doyle chalked off the score and Racing eventually won another turnover.

Machenaud saw a penalty come back off the crossbar before Munster again pummelled the Racing line but the French defensive line refused to yield.

They had a man sent to the bin after winger Marc Andreu gave away another penalty as Munster attacked and the first try arrived on 62 minutes as Zebo crossed in the left corner to equal Anthony Foley’s record of 23 tries for Munster in Europe.

A thrilling Munster attack was then ended by a forward pass call as Zebo released replacement Robin Copeland down the left wing.

Still needing three tries, with the clock against them, Munster kept going and when the pack mauled their way over for Marshall to score there was still a flicker of hope.

Hanrahan’s superb conversion made it 27-15 and Conway touched down in the left corner at the death with Hanrahan again converting but time had run out on Munster’s Champions Cup hopes once again as they lost out 27-22.

Keith Earls made his 150th Munster appearance in the clash.

Munster have been beaten at the semi-final stage of the Champions Cup two years in a row. 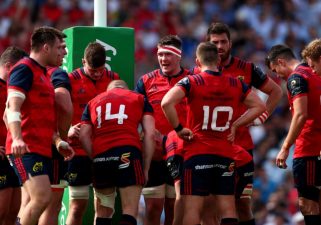