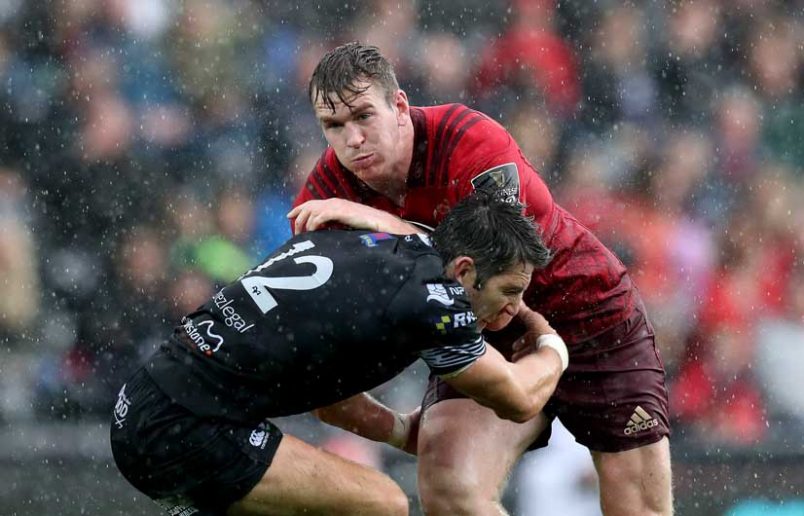 The Munster team to face Connacht at Thomond Park on Saturday night has been named by Head Coach Johann van Graan.

CJ Stander captains the side as Chris Farrell, Rhys Marshall and Conor Oliver all return from injury to start.

It is an all-international backline with Simon Zebo named at full-back as Andrew Conway and Keith Earls start on the wings.

Rory Scannell partners the returning Farrell in the centres as Ian Keatley and Conor Murray are back in the side as the half-backs.

Marshall starts at hooker with Ireland internationals Dave Kilcoyne and John Ryan on either side of the front row.

Darren O’Shea maintains his place after impressing away to Ulster and Jean Kleyn comes into the engine room in place of Billy Holland, who misses his first game of the season through injury.

Jack O’Donoghue moves to blindside flanker as Oliver makes his first appearance of the season at openside and Stander captains the side from no.8.

Peter O’Mahony is among the forward replacements along with Mike Sherry, James Cronin, Stephen Archer and Robin Copeland.

CJ Stander and Munster were on the losing side when we last faced Connacht and the Ireland international is eager to reverse that result on Saturday night at Thomond Park.#MUNvCON #SUAF pic.twitter.com/EhBio4V0fa

Five-Try Win For Munster Over Connacht 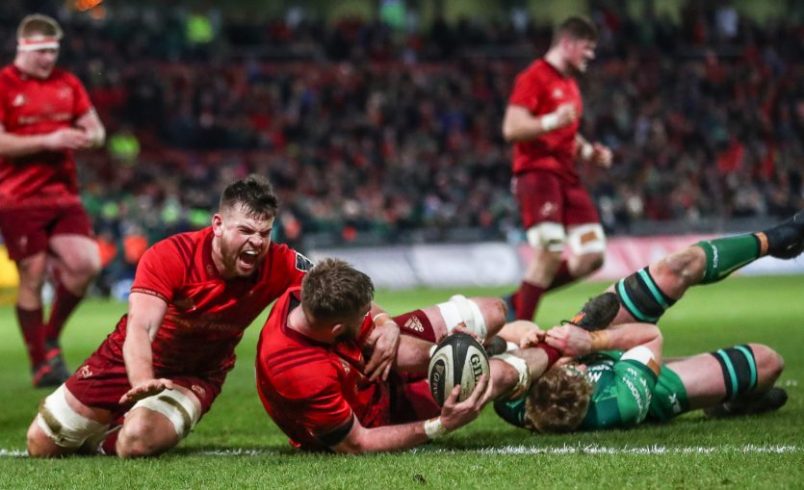 Munster secured a five-try win over Connacht in the Guinness PRO14 at Thomond Park on Saturday night with Darren O’Shea, Andrew Conway, Keith Earls and Conor Murray (two) touching down.

Munster led 10-6 at the interval thanks to O’Shea’s second try for Munster but cut loose in the final half hour to record an impressive victory.

Connacht made a bright start with Niyi Adelokun making a break down the right flank and when Munster were penalised at the breakdown, Jack Carty gave the visitors a 3-0 lead.

A CJ Stander break and chip over Tiernan O’Halloran gave Munster their first go-forward ball on eight minutes but the retreating Connacht defence did well to force the turnover.

The Munster pack did well to repel a Connacht maul before the hosts were back on the front foot as Simon Zebo chipped through and Adeolokun was bundled into touch.

Munster’s lineout was good and after a series of phases, Chris Farrell made the all-important break before O’Shea barrelled over from five yards out. Keatley’s conversion gave Munster a 7-3 lead after 22 minutes.

Referee David Wilkinson then pinged Munster at the breakdown after Chris Farrell had driven Carty back and the Connacht out-half stepped up to narrow the gap to just one, 7-6.

Keatley restored Munster’s four-point lead on the half hour with his first penalty after Connacht went off their feet and neither side threatened the scoreboard for the remainder of the half.

The early stages of much of the second half was played in midfield with neither side able to gain the upper hand, Thankfully, it was Munster who finally gained control with Keatley landing a penalty following another Farrell break to make it 13-6.

An electric Keith Earls break followed before superb perseverance from Andrew Conway saw the winger touch down from Keatley’s grubber behind the defence as he reached the ball ahead of full-back O’Halloran. Keatley’s pinpoint conversion gave Munster a 20-6 lead.

Earls was in for Munster’s third try on the hour as Munster began to move well clear with the excellent Rory Scannell, Keatley and Conway setting up the score with a brilliantly-executed backline move. Conway unselfishly delivered the final pass for Earls to score in the left corner as Munster led 25-6.

Connacht’s Quinn Roux was sent to the sin bin for a dangerous tackle on Earls and the bonus point was wrapped up on 64 minutes as Conor Murray dotted down under the posts from close range and Keatley added the extras for a 32-6 scoreline.

The scrum-half was over again on 69 minutes after a CJ Stander effort had been ruled out moments previously and Keatley was on target to make it 39-6.

Tom McCartney crossed in the left corner late on for Connacht with Craig Ronaldson converting but the bonus-point win was Munster’s.

Conor Oliver was Man of the Match in his first start of the season after recovering from injury.

Chris Farrell made his first start since getting injured playing for Ireland in the November internationals.

Ian Keatley surpassed the 100-point mark for the season.

Replacement Stephen Archer has featured in every single Munster game so far this season.

You can purchase tickets online here, from the Munster Rugby Ticket Offices at Thomond Park and Irish Independent Park, or by calling 061 421103. 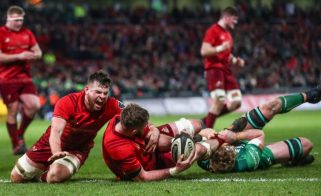 Five-Try Win For Munster Over Connacht 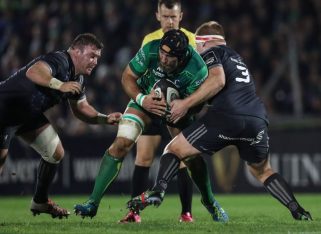