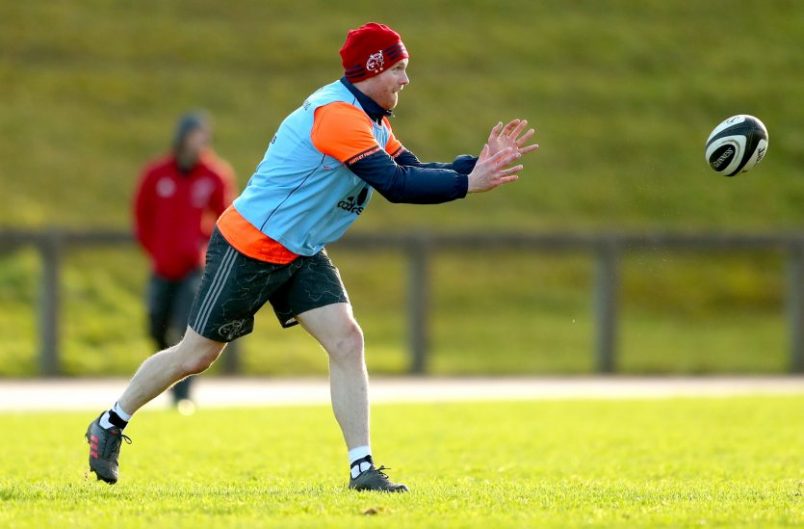 As expected, Head Coach Johann van Graan names a much-changed side for the Guinness PRO14 Interprovincial against Ulster on New Year’s Day at Kingspan Stadium (5.35pm).

In making 11 changes to the XV that suffered defeat to Leinster in Thomond Park four days ago James Cronin, Niall Scannell and John Ryan start together in the front row for the first time this season.

Darren O’Shea joins Billy Holland in the second row with Holland taking over the captaincy duties for his 16th successive start in this campaign.

Tommy O’Donnell is the other forward to retain his place as he makes the positional switch to blindside for the round 12 encounter with Cloete returning to openside and Jack O’Donoghue starting at 8.

Keith Earls has recovered from illness to be named in the backline and joins Sammy Arnold in forming a new midfield pairing for the province, with Arnold switching to inside centre this week and Earls outside him.

With Alex Wootton again on the left wing, the academy’s Calvin Nash starts on the opposite flank for his first start of the season, and Simon Zebo completes the back three at fullback.

Duncan Williams and JJ Hanrahan form the half back pairing.

Named in the replacements is winger Ronan O’Mahony who has successfully rehabbed the fractured fibula sustained against Treviso last April to be included in his first match-day squad of the season.

If sprung from the bench, Jeremy Loughman, who was previously capped with Leinster, will make his Munster PRO14 debut in Belfast.

Tickets available online, in our Thomond Park and Irish Independent Park ticket offices (Tues-Fri, 10am – 5pm), or by calling call 061 421103. 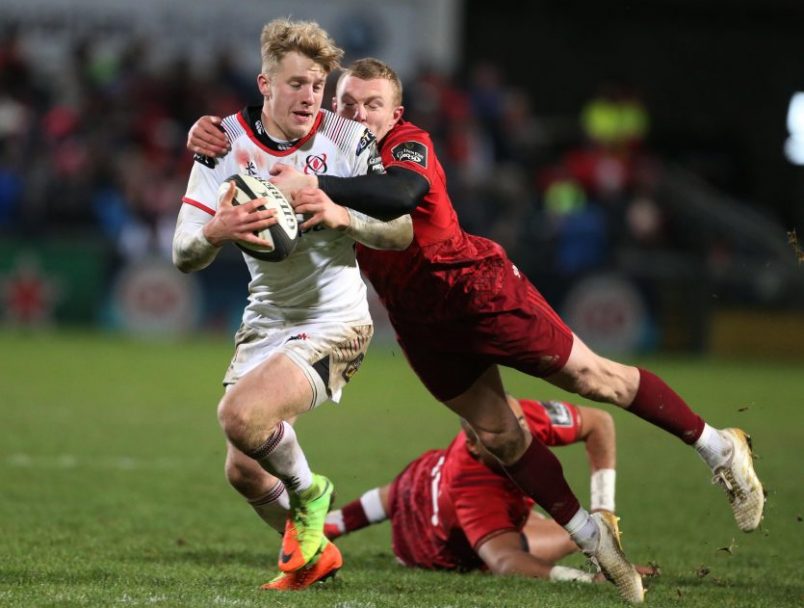 Despite leading 17-nil at half-time Munster had to contend with a losing bonus point in Belfast this evening after failing to score in the second forty, while Ulster produced a four-try turnaround to secure the bonus point win.

Starting the stronger Munster dominated the first half through the use of their set piece and used a powerful maul to their advantage with Niall Scannell scoring a brace, the hooker touching down off the back of rolling mauls.

After missing an opening penalty kick, Hanrahan was again unable to find his form off the tee and missed both conversions.

A third try came by way of a penalty try just after the half hour mark when the pack dominance continued come scrum time, and with the defensive effort also fronting up Van Graan’s men went in at the half 17-0 ahead.

Munster held their northern counterparts scoreless for 57 minutes and it was when the men in red were reduced to 14 that Ulster delivered their first punch through a Darren Cave try.

It was during the attacking build-up that Sammy Arnold was issued with a red card for a high tackle on Lealiifano and the southern province were again exposed minutes later when defending with 13 men.

This time Craig Gilroy scored out wide diving on a Cave grubber and the lead was reduced to five points moving into the final quarter.

The winger completed his second-half brace when again scoring out wide on 73 minutes, and with Cooney kicking the conversion, Ulster led for the first time.

The comeback continued into the final minutes with Rob Lyttle breaking out wide to seal the bonus point victory for his side.

Jeremy Loughman made his Munster debut when coming on for James Cronin after 60 minutes. 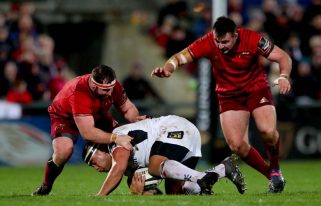 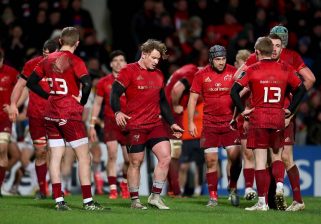 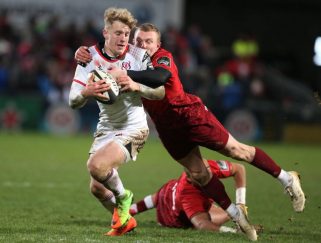