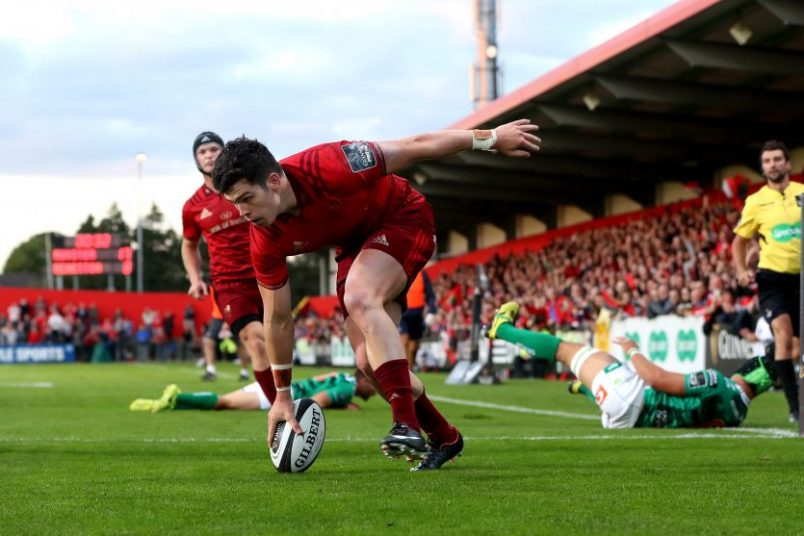 Alex Wootton starts on the wing

The Munster team has been named for tomorrow’s Guinness PRO14 clash against Ospreys at Irish Independent Park (5.30pm).

The game will be new Head Coach Johann van Graan’s first home game in charge as Munster seek a third PRO14 win in a row.

There are two changes to the side that secured a bonus-point victory away to Zebre last weekend as Ian Keatley and John Ryan return from international duty to start.

Simon Zebo starts at full-back with Darren Sweetnam and Alex Wootton, the province’s top try-scorer with seven tries so far this season, making up the back three.

Rory Scannell and Sam Arnold are in the centres as Keatley partners James Hart at half-back.

Ryan comes in at tighthead prop to partner Liam O’Connor and Rhys Marshall in the front row.

Captain Billy Holland and Jean Kleyn are in the second row with the back row of Jack O’Donoghue, last week’s Man of the Match Chris Cloete and Robin Copeland unchanged.

Munster Rugby Ticket office from 9am – 5pm on Monday to Friday.

Please note that it is unreserved seating in the West Stand. 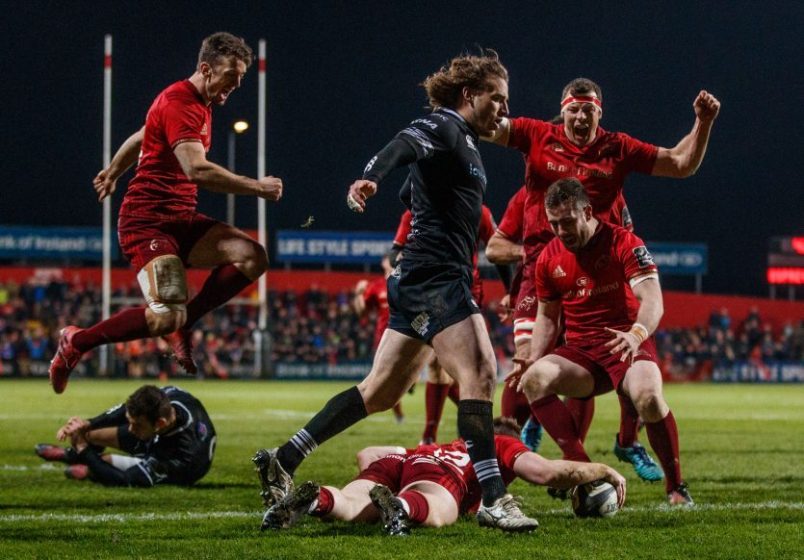 Munster made it three bonus-point Guinness PRO14 wins in a row after a dominant performance in front of a sell-out attendance of 8,008 at Irish Independent Park on Saturday night.

It was a superb performance ahead of the Champions Cup double-header against Leicester with the Tigers visiting Thomond Park next Saturday at 7.45pm. Tickets

Rhys Marshall was awarded Man of the Match and the centre pairing of Rory Scannell and Sam Arnold were outstanding.

An injury to Liam O’Connor that forced the Greencore Academy prop off just after the interval was one of the only downers on the night.

A Keatley penalty after just three minutes gave Munster a 3-0 lead after a promising start. A Will Jones yellow card for foul play on Cloete saw the Ospreys go down to 14 after 17 minutes and Munster clinically took advantage.

Arnold fended off a defender superbly to score his third Munster try in three games before Sweetnam crossed for his fourth try of the season after excellent work from Keatley and Cloete.

Keatley landed both conversions and Munster led 17-0 after 23 minutes.

Cloete himself then crossed after cleverly releasing the ball and then regathering to dive over with Keatley on target from the touchline for a 24-0 lead.

Winger Jeff Hassler crossed in the corner after a strong end to the half from Ospreys and it was 24-5 to the hosts at the break.

Munster scored the bonus-point try on 42 minutes as Scannell sent Wootton through a gap in midfield before the winger passed back outside for Scannell and he weaved through to score his third try in as many games.

O’Donoghue was over for Munster’s fifth try on 55 minutes in the right corner off a turnover as the flanker capped off an excellent individual display with Keatley off target for the first time.

Ospreys rallied and went over for a second try late on as Will Jones touched down with less than 10 minutes remaining as all eyes turn to Leicester at Thomond Park.

Rhys Marshall won the Man of the Match award.

Chris Cloete scored his first try for Munster in the win.

Rory Scannell has now scored three tries in as many games.

Billy Holland captained the team and has now started all 13 of Munster’s games so far this season.

Liam O’Connor was replaced after suffering a knee injury while Simon Zebo was taken off as a precautionary measure having jarred his knee against Zebre last week. 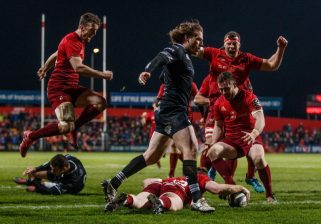