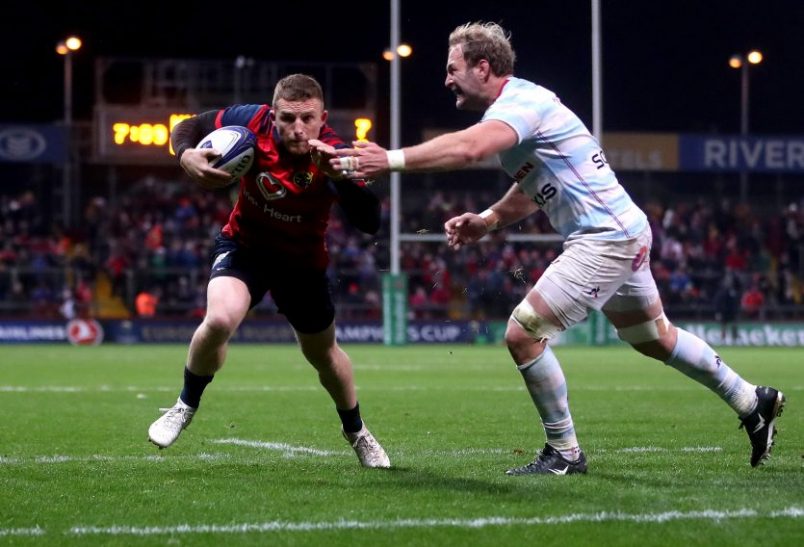 The returning international contingent are five of six changes to the side that defeated Ospreys in Irish Independent Park last weekend.

Stephen Archer is promoted from the bench this week and joins Rhys Marshall and Dave Kilcoyne in the front row, and it’s as you were with the second row partnership of Jean Kleyn and Billy Holland.

A new-look back row sees Chris Cloete start in his first Champions Cup game as the South African flanker links up with the experienced duo of captain Peter O’Mahony and CJ Stander.

Murray joins Ian Keatley in the half backs with Rory Scannell and Sam Arnold again forming the midfield pairing. Arnold makes his Champions Cup debut in red after last representing Ulster in Europe in January ’16.

Winger Alex Wootton is another who will make his European bow this weekend as he retains his place to start in a back three that includes Conway and Zebo.

Included in the replacements is Darren O’Shea, who is also in line to make his Champions Cup debut.

Bonus-Point Win For Munster Over Tigers 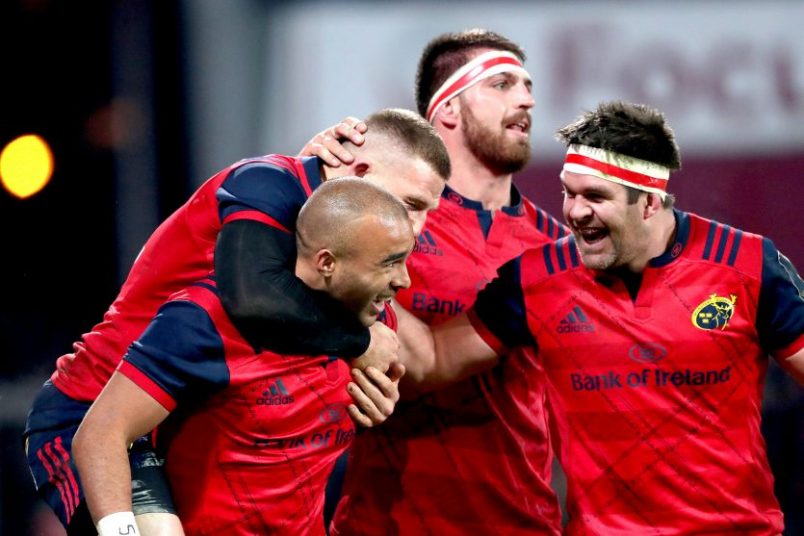 Munster are top of Pool 4 in the Champions Cup after a bonus-point 33-10 win over Leicester Tigers at Thomond Park on Saturday night.

The lead was 23-3 at the break as Rhys Marshall and Simon Zebo touched down with Ian Keatley in sparkling form in open play and off the tee as he kicked both conversions and three penalties.

Peter O’Mahony scored in the corner before the hour for the third try and the bonus-point was secured after 68 minutes following a rolling maul as Chris Cloete scored his second Munster try.

Sam Arnold was awarded Man of the Match on his first Champions Cup game for Munster in an outstanding team display in front of a superb crowd of 23,503 supporters.

The sides meet again at Welford Road next Sunday at 5.30pm.

Munster hit the front on seven minutes through a Keatley penalty after a thrilling Andrew Conway break with the scrambling Leicester defence penalised under the shadow of their own posts as the hosts threatened to cross.

Tigers responded well and went on the attack but the Munster defence stood firm before winning the turnover and Simon Zebo’s excellent clearance brought play back into Tigers territory.

Excellent work from Conway and Arnold then won Munster a turnover as Leicester were pinged for holding on and Rory Scannell kicked Munster into the Leicester 22.

Then came the first try as the lineout was successful and Munster went through the phases before Marshall, despite initially seeming to lose the ball, somehow held onto the ball over his shoulder and raced through a gap to score with Keatley’s conversion making it 10-0 after 21 minutes.

The lead was increased five minutes later as Leicester infringed on their own 10-metre line and Keatley’s well-struck penalty made it 13-0.

Munster struck for their second try just after the half hour thanks to a bit of magic from Keatley as he chipped over the defence and the bounce was kind for Zebo to collect and score his 21st Champions Cup try. Keatley was again on target for a 20-0 Munster lead.

Leicester were off the mark five minutes before the interval as George Ford kicked a close-range penalty after a good period of Tigers pressure.

Munster had the last say of the half however as Keatley landed another tricky penalty to maintain his 100% record as Munster led 23-3 at the break.

Munster were nearly in again just after the break but the ball came loose over the line and the chance was gone. Conway was forced off through injury after clashing heads with Telusa Veainu with Darren Sweetnam taking his place after 46 minutes.

Munster scored a brilliant third try in the 57th minute and, of all people, it was captain Peter O’Mahony who finished off the move in the right corner.

Marshall forced the turnover in the Leicester 22 and Zebo committed the defenders before feeding Sweetnam who popped outside for O’Mahony to finish. The touchline conversion was missed and Munster led 28-3.

Leicester battled back and scored their first try following a rolling maul as replacement hooker Harry Thacker touched down and Ford’s conversion made it 28-10 with 14 minutes to go.

Munster clinched the bonus point on 68 minutes through a rolling maul with the pack superb once again as Cloete emerged with the score.

Leicester piled on the pressure in the closing minutes but the Munster defence stood firm and the teams will do it all again at Welford Road next Sunday.

Sam Arnold won the Man of the Match award on his Munster Champions Cup debut.

Andrew Conway departed through injury after a clash of heads on 45 minutes.

Alex Wootton, Chris Cloete and Darren O’Shea all made their Champions Cup debuts. 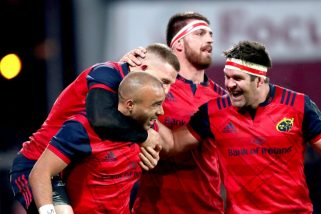 Bonus-Point Win For Munster Over Tigers