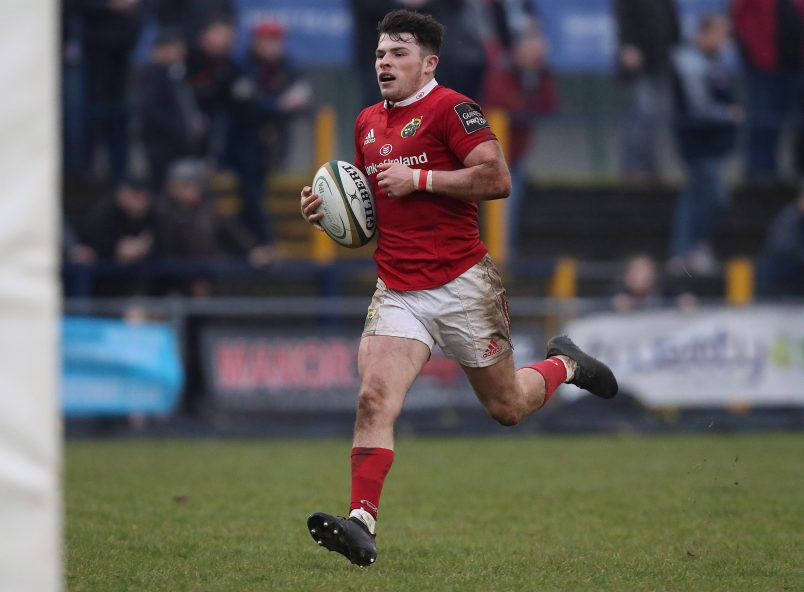 A much changed Munster side has been named for the rescheduled PRO12 encounter with no less than 11 changes to the side the defeated Racing 92 in the Champions Cup in Thomond Park less than a fortnight ago.

With four changes to the backline, Calvin Nash, in his first year of the academy, will make his debut starting on the wing after a string of impressive performances with Munster A and his club side Young Munster.

Fellow academy player and clubmate Dan Goggin renews his midfield partnership with Francis Saili after the pair last started against Connacht in December.

Duncan Williams is introduced at scrumhalf joining number 10 Tyler Bleyendaal who will captain the province for the first time, while another first sees Jaco Taute make the positional switch to fullback.

In the forwards lock Jean Kleyn is the only player to retain this place this week and he is joined in the engine room by Dave Foley who has overcome a wrist injury to start.

In an all new front row Peter McCabe makes his first start for the province joining hooker Rhys Marshall and tighthead prop Stephen Archer on his 100th Guinness PRO12 appearance. Following injury to James Cronin, McCabe returned to the province after a short loan spell with Connacht.

Similarly there is a new look back row for tomorrow’s encounter with Dave O’Callaghan, the academy’s Conor Oliver and Jack O’Donoghue all introduced.

Returning from Irish camp this weekend Dave Kilcoyne, Billy Holland, Tommy O’Donnell and Rory Scannell have all been named in the replacements. 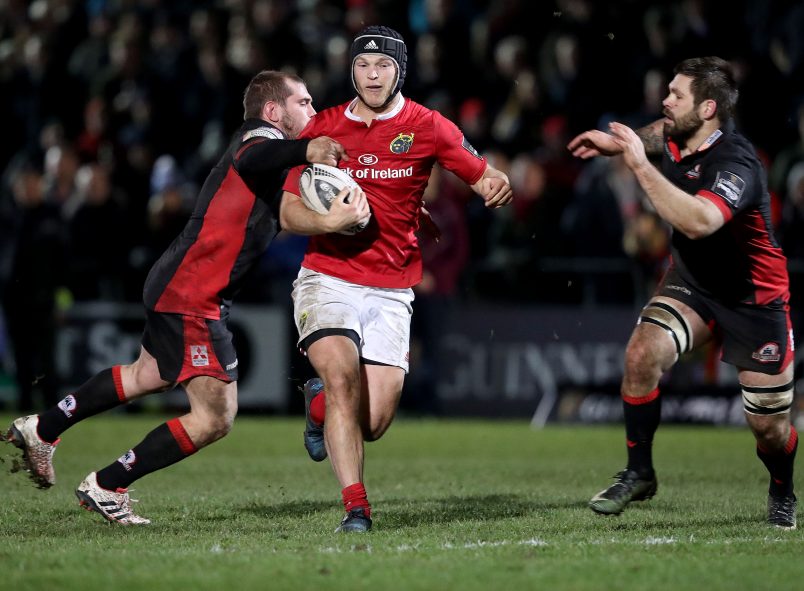 In miserable conditions it was a night for hard work as Munster just managed to squeeze the victory against Edinburgh in Myreside.

Hailed as an ugly performance the province moved to the top of the Guinness PRO12 table with the 10-9 win.

In a frustrating opening half the men in red were unable to turn their opportunities into scores, failing to capitalise on dominant possession with errors and indiscipline proving costly.

Edinburgh went at the break leading by two points and would be happy with their return after the limited possession and territory during the opening forty.

Jason Tovey kicked three from the tee to put his side ahead while Munster’s opening try came from Ronan O’Mahony as the winger increased his season’s try scoring tally to eight.

After winning the opening scrum against the head Munster were later pinged in the set piece with Jason Tovey kicking the opening points on offer after seven minutes.

A limited period of cohesive play followed and after a series of pick and goes the forwards edged closer before man of the match Ronan O’Mahony darted over when picking off the subtlest of offloads from captain Tyler Bleyendaal. The Kiwi outhalf added the extras.

After 25 minutes Duncan Williams found himself in the bin after he played the ball from an offside position and the home side used the time and attacking pressure to add two penalties from the boot of Tovey.

A late onslaught saw the Munster pack driving low for the line with replacement prop Dave Kilcoyne just held up by the red and black defence on the half-time whistle.

Not a night for running rugby both sides heavily relied on their kicking game in looking to gain territory.

The first points of the second half came after 66 minutes with Bleyendaal just nudging Munster ahead when Edinburgh were penalised for using their hands on the ground.

With the clock on eighty Edinburgh held on to their possession and drama ensued four minutes in to extra time when Duncan Hodge’s men were awarded the penalty after Munster players were slow to roll away.

Fullback Blair Kinghorn stepped up for the long-range kick but was just short with his 51-metre attempt and Munster held on for a one-point win to put them top of the PRO12 table.

Prop Peter McCabe made his first start for Munster while Stephen Archer made his 100th Guinness PRO12 appearance.

Ronan O’Mahony picked up his first man of the match award and extended his try scoring record to eight tries this season. 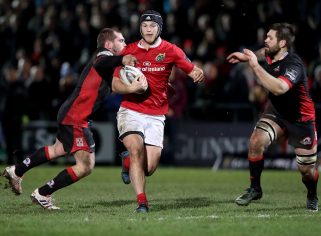 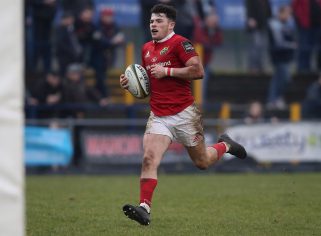