Munster Side Named For Treviso 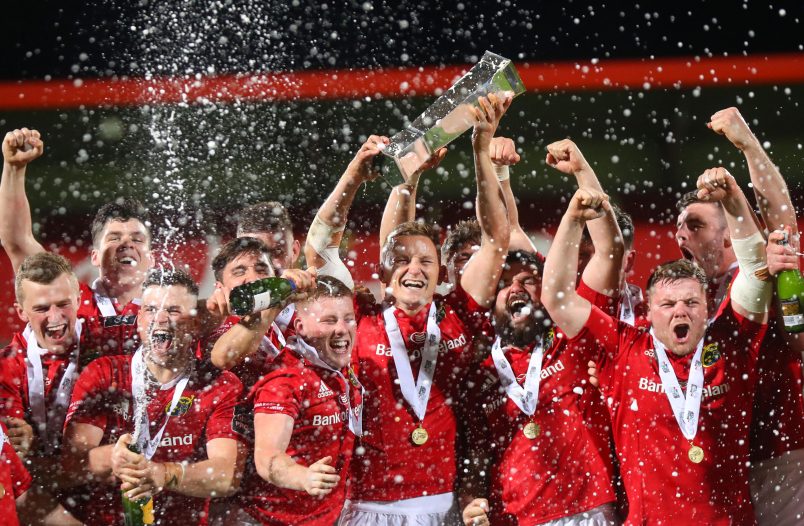 Director of Rugby Rassie Erasmus makes ten changes for Munster’s return to Guinness PRO12 action as the province take on Treviso at Stadio Mongio on Saturday in the penultimate stage of the Championship, ko 7.05pm (6.05pm Irish).

Six from Munster’s British and Irish Cup winning Munster A squad are introduced to the side with Darren O’Shea and Conor Oliver in the starting XV and Kevin O’Byrne, Brian Scott, Rory Burke and Alex Wootton named in the replacements.  This is a first PRO12 squad inclusion for academy prop Rory Burke.

It’s an all changed front row with James Cronin, Rhys Marshall and Stephen Archer named while lock Darren O’Shea links up with Billy Holland in the second row pairing.  Holland is the only player to retain his place in the pack and captains the side for the ninth time this season.

Dave O’Callaghan, Conor Oliver and Jack O’Donoghue make up the back row.

It’s as you were in the half backs with Duncan Williams and Tyler Bleyendaal.

Live coverage is available on the TG4 website. We will also have live twitter updates throughout the game. Get involved using the hashtag #BENvMUN

VIDEO | Hear Jack O’Donoghue’s thoughts ahead of the game in the North-East of Italy. 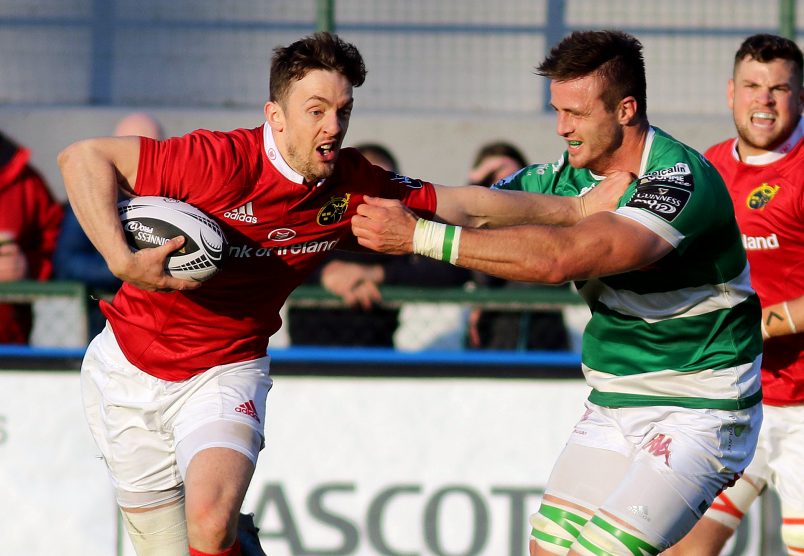 Darren Sweetnam crossed for a brace of tries in Treviso this evening. ©INPHO/Marco Sartori

With no less than seven of the Munster A side that claimed B&I Cup glory just over a week ago included in this weekend’s trip to Italy, Munster took another step towards further silverware this evening, securing a home semi final in the Guinness PRO12 with a 14-34 victory over Treviso.

In essence, one league point would more than likely have done the job, but Munster’s maximum return form this evening’s proceedings made absolutely certain of a Thomond Park outing on May 20th and keeps them hot on the heels of Leinster in the race for a top seeding in the play-offs.

It was the hosts who threw everything at Munster from the off, but to no avail, Rassie Erasmus charges more than happy to soak up the pressure before stamping their authority on the game in the second quarter – Darren Sweetnam and Simon Zebo both touching down and Tyler Bleyendaal adding a penalty before the break.

But this game was far from done and credit must go to the Treviso attack and offloading game which spread Munster thin on more than one accession.  Their most impressive strike runner, David Odiete, was full value for his try soon after the resumption and from there Munster lost their way a little – imprecise in attack and guilty of a mounting penalty count.  However on 65 minutes an Alex Wootton try would eventually take the wind from Treviso’s sails with Jack O’Donoghue and Sweetnam – completing his brace – also crossing before full time.

Defeating Edinburgh and play-off contenders Ospreys, and chasing a third consecutive win for the first time since 2013, Treviso carried much momentum and belief into today’s encounter and retained practically all of the early possession – the boot of Edoardo Gori and the fleet footed running of Odiete putting Munster in places they didn’t want to be.  Yet for all that, the Italians saw no return on the scoreboard, Munster showing once again why they hold the best defensive record in the Championship.

And it was Munster who drew first blood on 25 minutes.  Spotting there was no pillar, Duncan Williams sniped around the fringes, his offload finding man of the match Rhys Marshall who was unlucky not to claim his own kick ahead.  Instead the ball bounced into the path of Donnacha Ryan who was stopped just short, but quick recycling and sharp passing to the right would send Sweetnam over in the corner.

Bleyendaal missed the conversion on this occasion but made no mistake less than ten minutes later when converting Munster’s second.  The outhalf’s beautiful return pass on-the-loop with Darren O’Shea created the gap for Zebo who ran an excellent line to race in unopposed.

Bleyendaal’s penalty on the stroke of half time saw Munster head for the dressing rooms 15-0 up, very much in control, and looking the sprightlier of the two sides.

What transpired upon the resumption was different, for the initial 15 minutes at least.  In the first instance an excellent try saving tackle from Zebo was all that prevented winger Luca Sperandio from racing over in the corner after an excellent solo break, and there was more to come from the Italians.  As he had threatened to do so often in the opening half, Odiete made it over in the corner after excellent hands from right to left found Munster wanting down the flanks.

Ian McKinley’s conversion made it 7-15 and very much anyone’s game with just under 50 minutes on the clock.

Enjoying somewhat of a purple patch, Treviso continued to retain possession and territory as their massive physicality forced Munster into repeated penalties.  Yet it was a case of déja vu, as they saw little reward on the scoreboard and, in realty, Wootton put paid to any comeback chances when he crossed on 64 minutes.

A beautiful looping pass from Francis Saili released the academy graduate down the right wing and Treviso’s problems were compounded further when Jack O’Donoghue capitalised on loose passing to race in under the posts for the try bonus point with Bleyendaal adding the extras.

Loose ball would haunt the hosts again before full time, the ball falling into the path of Sweetnam – after it rebounded off his knee – who then kicked ahead to touch down for his brace with Bleyendaal slotting the touchline conversion.

Treviso would at least have the final say, Jean-Francois Montauriol scoring from close range with 80 minutes played but it was Munster who made more of their chances and will now head into next Saturday’s round 22 encounter with Connacht in the knowledge that a home semi final is secure.

Tickets for Munster v Connacht at Thomond Park (KO 5.15) can be purchased online here, from the Munster Rugby Ticket Offices in Irish Independent Park and Thomond Park, or by calling 061 421103.

The opening half saw Dave O’Callaghan and Ronan O’Mahony leave the field with potentially serious leg injuries.  The pair continue to be assessed by the medical team.  Meanwhile Donnacha Ryan was replaced for a HIA.

Academy prop Rory Burke made his first PRO12 appearance off the bench, with no less than four academy players featuring this evening – Burke, Conor Oliver, Fineen Wycherley and Brian Scott.

Munster will play their Guinness PRO12 semi final in Thomond Park on Saturday May 20 at 6.15pm

Tickets will go one sale to MRSC members, Season/10Yr Ticket holders and Clubs from 10am on Tuesday morning.

Tickets will go on public sale the following Friday, May 5, at midday.  Click here for a full ticket update. 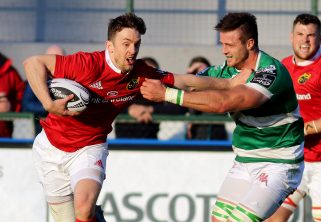 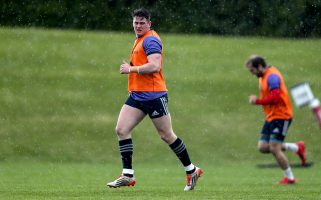