Munster side named for Dragons in Cork 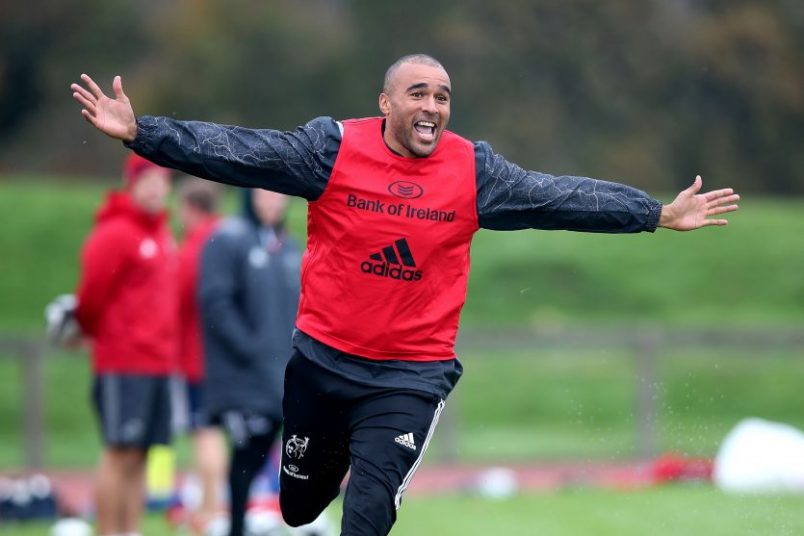 Director of Rugby Rassie Erasmus has named the Munster side that will face Dragons at Irish Independent Park tomorrow night in what may be his final game in charge (7.35pm, non-televised, tickets here)

Billy Holland captains the side and is set to make his 170th appearance for the province having started all nine of Munster’s games so far this season.

Simon Zebo is named at full-back with new signing Chris Cloete making his debut as Darren Sweetnam, Chris Farrell and Ian Keatley are all in the matchday 23 having been released from Ireland camp.

In all there are 10 changes to the side that faced Connacht last week.

JJ Hanrahan and Duncan Williams make up the half-back pairing with Sweetnam and Alex Wootton, Munster’s top try-scorer this term with five tries, on the wings.

Rhys Marshall keeps his place at hooker with Greencore Academy player Liam O’Connor and tighthead Stephen Archer on either side of the front row.

Jean Kleyn comes in to partner Holland in the engine room as Erasmus names an exciting back row trio of Jack O’Donoghue, Cloete and Robin Copeland.

Kevin O’Byrne, James Cronin and Brian Scott provide the front row cover with Cronin and Scott set for their second appearances of the season.

Darren O’Shea is set for his first senior appearance of the campaign with on-loan Mark Flanagan completing the forward cover.

James Hart, Keatley and Sam Arnold – who is also in line for his first senior game of the season – are the backline replacements. 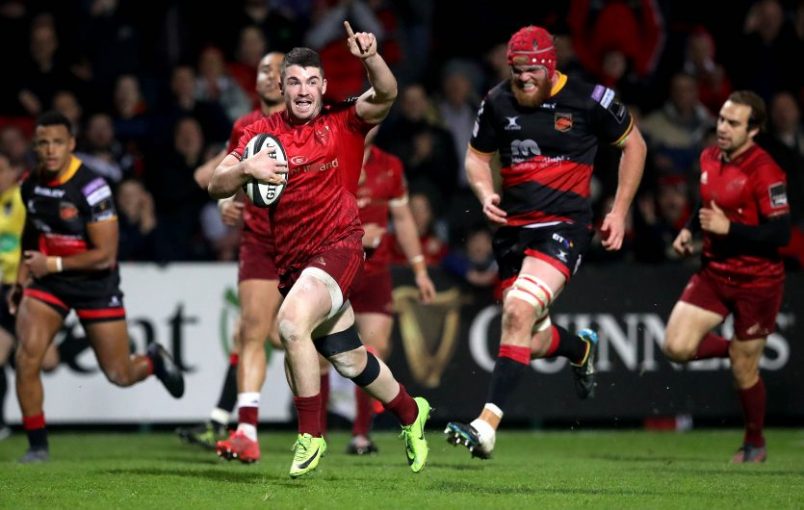 Munster clinched an emphatic bonus-point win over Dragons in front of a full house of 8,008 supporters at Irish Independent Park on Friday night.

Neither side threatened the scoreboard in the opening quarter as the majority of the game was played in the Munster half.

O’Donoghue showed his speed as he popped up twice on the right wing early on but Dragons defended well out wide.

Munster broke the deadlock on 20 minutes as Sweetnam gathered a kick and popped inside to Zebo who brought play past halfway before being brought down. The ball was recycled quickly however and Hanrahan sliced through the densive line before putting Scannell away to touch down in the left corner.

The Dragons responded quickly as Angus O’Brien slotted a long-range penalty after the hosts failed to roll away on 24 minutes.

Munster were almost in again moments later as the ball was moved with pace to the right wing but Zebo’s kick through was well dealt with by the retreating Dragons.

There was no stopping Zebo scoring in the opposite corner on 29 minutes though with the offload of debut man Cloete pivotal as Munster’s record try-scorer made it 57 tries for the province. Hanrahan was again pinpoint with the extras and the hosts led 14-3 at the interval.

O’Brien kicked Dragon’s second penalty just after the break before Munster scored a superb third try on 48 minutes. Robin Copeland was the architect as he collected a kick inside his own half before weaving through and passing outside to Sweetnam who made the scoring pass to O’Donoghue.

The bonus point was clinched in the 57th minute as Hanrahan’s floated pass sent Sweetnam over in the left corner with Hanrahan again on target with the extra two as Munster led 28-6.

With confidence up, Munster scored try number five in the 65th minute as Hanrahan sliced through the defence and passed inside for Sam Arnold to score his first Munster try with the out-half adding the simple extras.

Kevin O’Byrne touched down off a rolling maul on 70 minutes for his first Munster try as Hanrahan made in six from six with the tough conversion.

There was still time for a seventh try as Zebo and Sweetnam combined to put Arnold over in the right corner and Hanrahan added another super conversion for a 100% record off the tee.

Munster are back in action at Irish Independent Park for their next home game against Ospreys on Saturday, December 2, with tickets available here.

Chris Cloete made his Munster debut in his first start for the province.

Billy Holland made his 170th appearance in his 10th start of the campaign so far.

Simon Zebo scored his 57th Munster try in the win.

Darren O’Shea and Sam Arnold both made their season debuts off the bench. 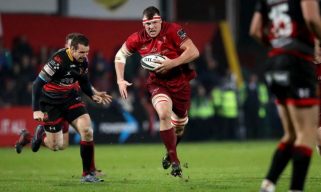 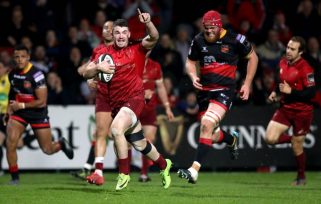 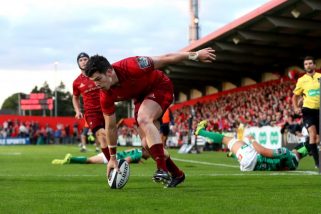