Munster Ring The Changes For Connacht 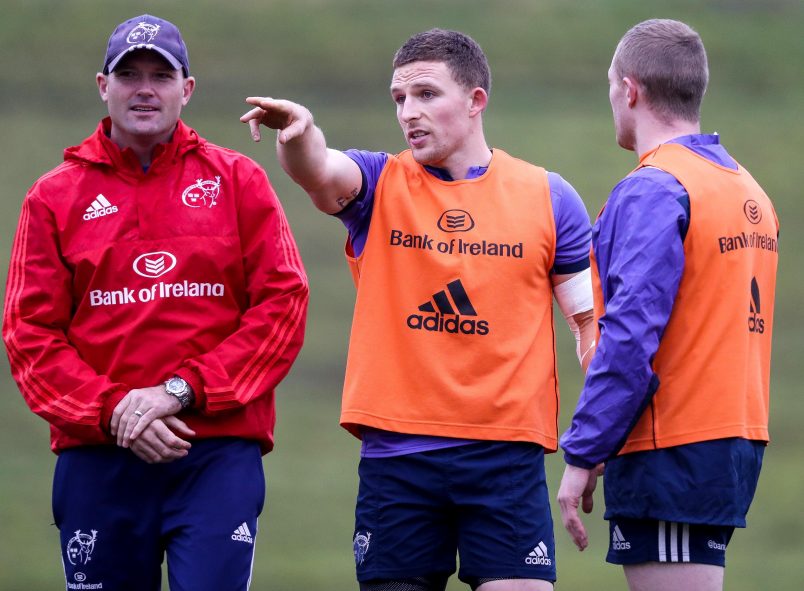 As expected, Director of Rugby Rassie Erasmus has made sweeping changes to his side for the Guinness PRO12 clash against reigning champions Connacht at the Sportsground on New Year’s Eve (5.30pm).

There are 11 changes to the team that defeated Leinster on Monday in Thomond Park, one of which sees Francis Saili make his first start of the season.

This season’s leading try scorer Ronan O’Mahony is the only back retained by Erasmus, starting on the left wing, while Keith Earls returns to start on the opposite flank.

Academy player Dan Goggin makes his fourth start of the campaign and joins Saili in forming a new centre partnership, while Duncan Williams and Ian Keatley are this week’s half-back pairing.

Although managing an elbow issue this week and initially deemed unavailable, Andrew Conway’s injury was not as bad as first feared and the fullback has been declared fit to start.

With five changes to the forwards, Rhys Marshall and Stephen Archer are introduced to the front row, joining James Cronin.

Dave Foley packs down next to Jean Kleyn in the engine room, while Billy Holland and Jack O’Donoghue are promoted to start alongside Tommy O’Donnell in the back-row.

In the absence of Peter O’Mahony, Holland will captain the side.

After successfully rehabbing an elbow injury, in the replacements, hooker Kevin O'Byrne makes his return to a match-day squad for the first time since the opening game against Scarlets.

Munster Tough It Out In Connacht 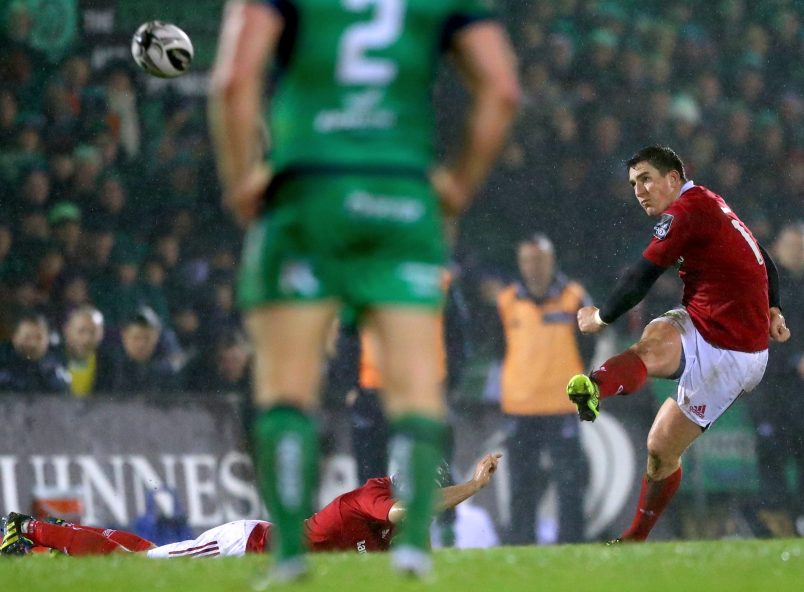 Rhys Marshall’s first try for Munster saw Rassie Erasmus’ side claim a tenth league win of the season as they end 2016 on top of the Guinness PRO12.

The hooker crossed in the 58th minute for the crucial score of the game, while Ian Keatley also put in a brilliant performance kicking from the tee and out of the hand.

The out-half kicked a couple of excellent penalties in the first-half as Munster took a 6-3 lead into the interval, while he played a key role in the build up to Marshall’s try with an excellent crossfield kick to put his side on the front foot.

After the try the No 10 kicked the conversion from the sideline and then 11 minutes from time he slotted a drop goal to push Munster ten points clear.

In the end Connacht did manage to add another three points to their tally thanks to Jack Carty, which gave them a losing bonus point, but Munster’s second inter-provincial win in five days ensured they stayed top of the table as they face into three consecutive Champions Cup games in the coming weeks.

The weather conditions at the Sportsground meant both teams struggled with their handling, while the wind and rain made for a tough day for the kickers too. With that in mind a 100 per cent return from Keatley was all the more impressive.

His first points arrived in the third minute when Tiernan O’Halloran was caught on the wrong side of a ruck, but the initial break from captain Billy Holland and his offload to Jean Kleyn set Munster on the front foot.

As the first-half wore on Connacht began to feel the benefit of the significant conditions at their back, but a solid
display from Munster in defence and at the lineout meant that they often were unable to make the most of the territorial advantage that came their way.

Carty was off the mark with an 18th minute penalty for the home side, but after they won another penalty at scrum time, he did level the game in the 31st minute from the tee.

But Munster finished the half the stronger of the two teams and after Connacht were penalised for an infringement at maul time, Keatley kicked his second penalty from wide on the right into the worst of the conditions.

Munster started the second-half brightly thanks to a sharp break from the in-form Duncan Williams through the heart of a ruck, but eventually Connacht cleared their lines and levelled matters after 50 minutes when Carty kicked a penalty earned at a scrum.

They then went in search of the win and threatened the Munster line with a rolling maul, but after a handling error stalled their progress, Keatley kicked clear to find Andrew Conway on the left wing, which sent Munster from one end of the field to the other in the blink of an eye.

Jack O’Donoghue then earned Munster a five metre lineout when he tackled the covering Kieran Marmion into touch and after the maul rolled forward Marshall was on hand to score in the 58th minute.

Keatley’s conversion was on the mark from wide on the left and his drop goal 11 minutes from time made it 16-6, which meant yellow cards for Dave Kilcoyne and Williams did not cost their side late on.

Guinness PRO12 round 12 roundup: Ian Keatley was awarded the man of the match and kicked 11 of Munster's points. Rhys Marshall scored his first try for the province tonight.

In a much changed side Francis Saili made his first start of the season, forming a new centre partnership with the academy's Dan Goggin. Jack O'Donoghue made his 50th appearance while Billy Holland led the side to victory on his 145th appearance.

Tommy O'Donnell was an initial injury concern after departing the field with an ankle injury.

In recording back-to-back victories over the festive period Munster continue into 2017 at the top of the PRO12 table. 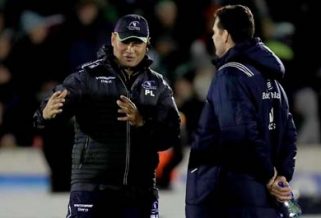 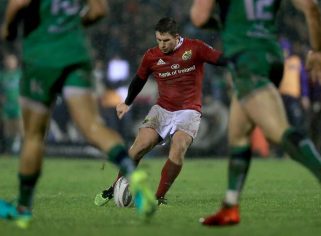 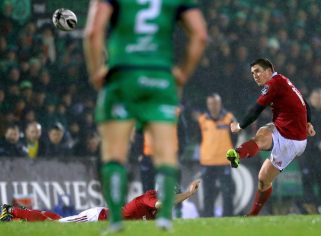 Munster Tough It Out In Connacht