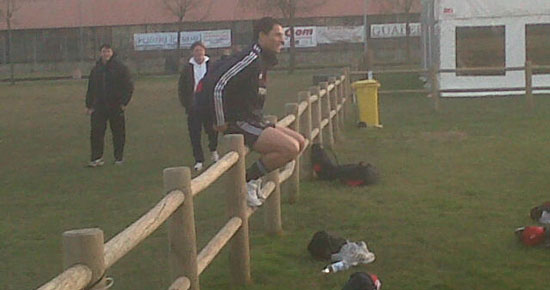 This afternoon’s game in Stadio Zaffanella offers Munster the opportunity to make amends for a lacklustre display last time they visited Italy but more importantly the chance to extend their lead at the top of the table.

Once again Tony McGahan blends youth and experience with former Under 20 internationals, Simon Zebo, Duncan Williams and Ian Nagle bedding down with the Johne Murphy, Paul Warwick, Mick O'Driscoll's of this world in the starting XV while Stephen Archer, Conor Murray and Declan Cusack share the bench with proven stars such as Marcus Horan, Alan Quinlan and Doug Howlett.

Quinlan is back in the Munster squad for the first time since suffering a dislocated elbow in the game against Connacht at the end of December and his return is opportune given the quality of the Aironi back-row including as it does international Josh Sole and former Munster number 8, the hugely popular and very effective Nick Williams.

Aironi may still be searching for their first League win but they've been close to the mark on several occasions here in Zaffanella and have of course beaten mighty Biarritz in Europen fare.

Last weekend, a solid scrum gave Munster the platform to launch their backline and they showed how effective they can be when they get good quick ball.

McGahan will be looking for more of the same this afternoon and if they can reproduce their Edinburgh form, the result will look after itself.
However if they revert to the form they displayed a few hours down the road three weeks ago, they could be in for a very long day here in Parma. 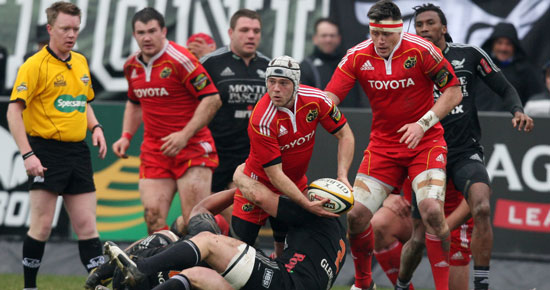 Munster’s 20-10 win over Aironi Rugby could never be described as a classic but Tony McGahan’s side went about their task in a workmanlike way that was fashioned by a solid set piece at both scrum and line-out.

The final scoreline, while not fully reflective of Munster's control particularly in the second half, did illustrate the commitment of the Italians throughout a game that was still delicately balanced until that penalty try at the start of the final quarter.

Munster's first try in the 48th minute owed more to a horrible lineout over-throw that caught everyone flat-footed except Donnacha Ryan who claimed it at the tail and ambled over untouched.

That really killed off any chance the Italian side had of claiming their first League victory, a feat that looked entirely possible in the opening half when they saw their endeavour thwarted by missed penalties and, in the 57th minute, sheer dogged defence that denied them after a powerful Willliams led surge off a five metre lineout.

The main feature of that opening half was the sound of referee David Jones's whistle, the Welsh official awarding 17 penalties, almost equally, the one in the 27th minute heralding a yellow card for Ryan and soon after, when Simon Zebo's superb line of running, carved open the Aironi defence, the Welsh official hauled him back for 'crossing'.

The penalty count ruined any chance of continuity and left spectators and players alike frustrated with what was a turgid first half contest that yielded two penalty scores for Munster and one for Aironi's James Marshall who really should have landed two more at least.

There was a greater urgency about Munster in the second half and if pressure deserves scores then they were worth both, though Aironi could justifiably grumble over the haste with which Jones headed for the posts for the penalty try award.

Now 17 points up and having gotten to grips with the Aironi pack it was a question of keeping their focus and shape. They lost that shape briefly near the end but by then the outcome was beyond doubt.

Overall they can be happy with the outcome, "Its never easy to come way from home and win," Tony McGahan said afterwards, " we had a job to do and I'd be happy with the way we wnet about our business. Of course there are aspects we need to look at, but right now, I'd be more than happy with our day's work and the four points we're going home with." 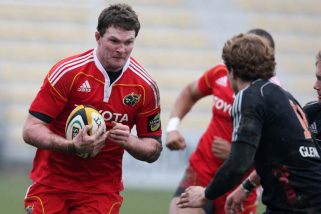 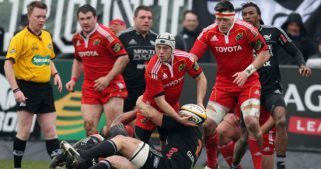