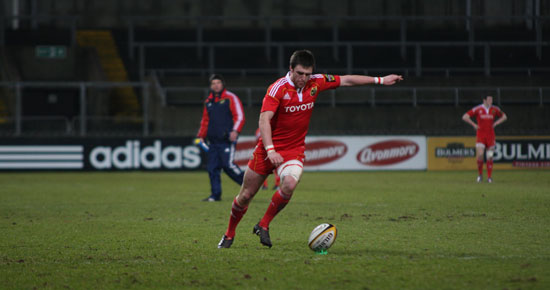 Although seven points clear at the top of the table, Munster need the points tonight in this game that could be viewed as arguably the easiest of their remaining fixtures as the Magners League heads for the concluding stages.

After tonight, there’s a two week break before they head for Cardiff, then there’s the home game with Leinster, two games that could determine their Magners destiny. So anything other than a win this evening would represent a set-back in their quest for a place in the knock-outs.

There will also be a whiff of revenge in the Musgrave Park air tonight following that 20-6 defeat in Rodney Parade and whether it’ll be significant or not, only four players – Doug Howlett, Paul Warwick, Ian Nagle and James Coughlan – remain in the starting XV from that night in November.

Howlett and Nagle retain the same positions, Warwick was out half that night but this time switches to centre alongside Lifeimi Mafi, a combination that worked so well against Edinburgh while James Coughlan will be at open side this evening whereas he was number 8 in Rodney Parade.

There’s the new combination at half-back of Garryowen pair Conor Murray and Declan Cusack, a return to the starting line-up for Marcus Horan and Denis Fogarty and Denis Leamy released from the international arena to anchor a scrum that has been particularly steady in the past few games. 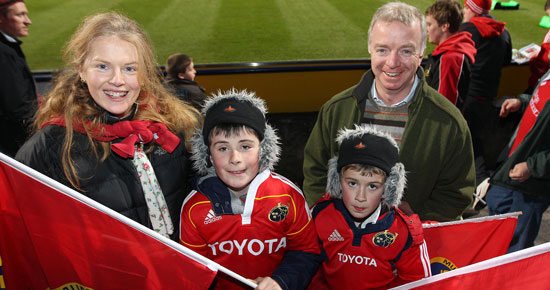 It may not have been as easy as the final 38-17 scoreline suggests nevertheless it was a victory Munster richly deserved, one that leaves them nine points clear of their nearest rivals with five games to remaining.

They trailed 9-6 with just ten minutes of the opening half to go before Doug Howlett struck for two tries, the second late in added time, for an 18-9 interval lead that would have seen off most opposition. Howlett's first score owed much to a clever back-handed pass from James Coughlan that allowed the Kiwi dot down close to the corner flag, his second down to sheer pace and a master try scorer's instinct.

However, Dragons are never less than competitive and with two minutes of the restart they were back in contention after skipper Steve Jones touched down in the right hand corner of the 'Well' end.

Paul Warwick, who had kicked two first half penalties and converted Howlett's first try, landed a straightforward 45th minute penalty and added the extras when his captain and Man of the Match Mick O'Driscoll scored his side's third try after a clever pass from Conor Murray but Dragons refused to buckle and Tovey's fourth successful effort ten minutes later left just nine points between them as the game entered the final quarter and the visitors enjoying a period of dominance.

By then, Peter Stringer had entered the fray, a 57th replacement for the impressive Murray, and it was his scintillating break from inside his own 22 that took play right up to the Dragons 22. A penalty at the lineout eased the pressure on the Dragons but minutes later when the Welsh were penalised on half way on the Stand side, Denis Leamy took a quick tap and with Johne Murphy in support took play into the Dragons 22. A few phases later, a long cut-out pass from Warwick and Murphy was racing clear for the bonus try.

By then, Alan Quinlan was also in the action to win his 210th Munster cap and he marked the occasion with try off the back of the line-out in almost the last play of the game. 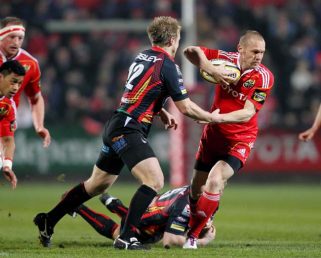 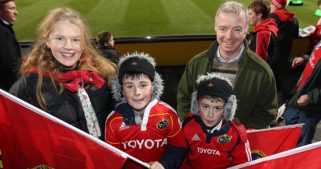