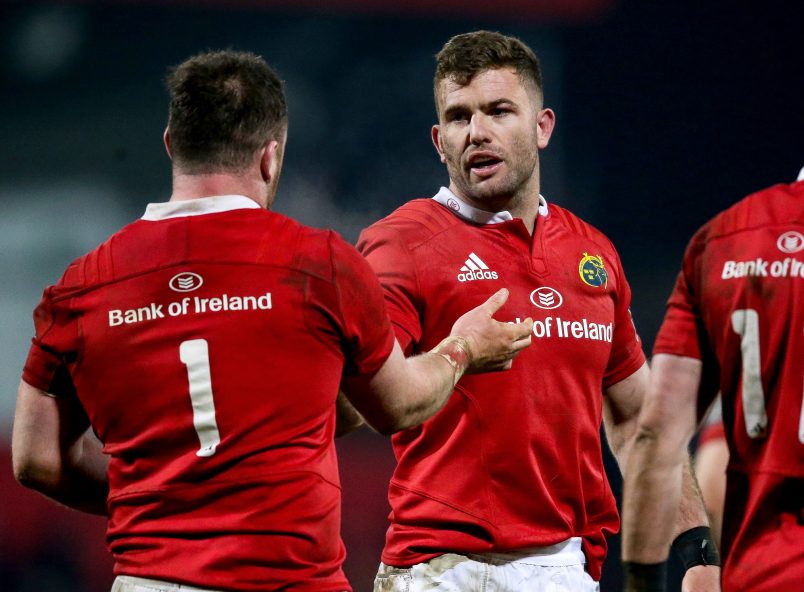 Director of Rugby Rassie Erasmus has named his match-day 23 for Friday night’s round 16 Guinness PRO12 encounter against Scarlets at Thomond Park (7.35pm).

In making five changes to the side that grinded out the win against Ospreys last weekend this Friday’s game comes too soon for Jack O’Donoghue and Rory Scannell.

O’Donoghue (ankle) and Scannell (knee) are expected to make a return to full training at some point next week.

On a positive front, Jaco Taute has made a full recovery from his shoulder knock sustained against Newport Gwent Dragons to start at fullback this weekend.

The only other change to the backline sees academy centre Dan Goggin take his place alongside Francis Saili in midfield.

In making his second PRO12 start, academy back row Conor Oliver makes his first appearance in the number 8 jersey as he joins Dave O’Callaghan and Tommy O’Donnell in the back three.

Tipperary lock Dave Foley links up with Billy Holland in the engine room as Stephen Archer takes his place in the front row scrumming down next to Rhys Marshall and Dave Kilcoyne.

In the replacements, Bantry native and first year academy lock Fineen Wycherley is included in his first Guinness PRO12 squad. The 19-year-old Young Munster player has made two starts for the Ireland U20s in this year’s 6 Nations campaign.

Finally, Ian Keatley and Andrew Conway return from Ireland camp to be named in the match-day 23. 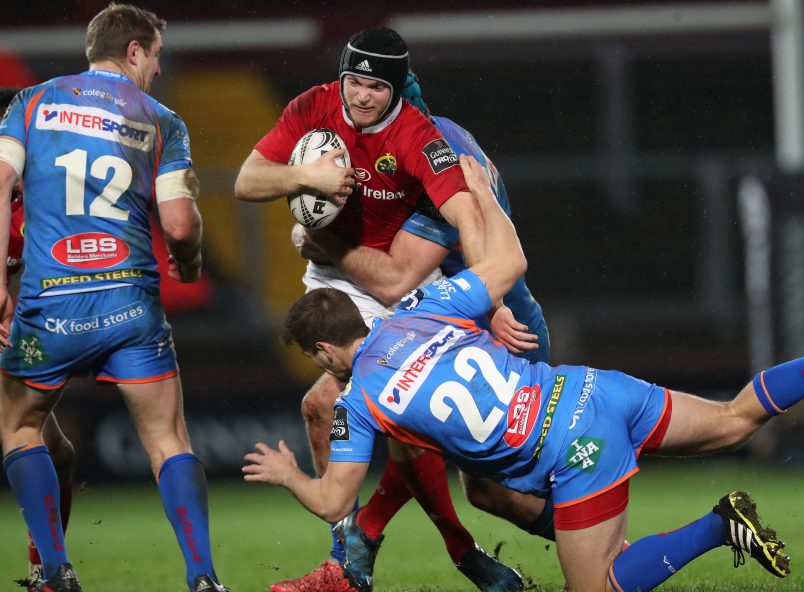 Munster’s excellent run was brought to a halt in front of their home support as Scarlets came form behind to take the spoils at Thomond Park in round 16 of the Guinness PRO12.

Munster led 21-6 at the interval but it was the visitors who got on top in the second-half to put a halt to Munster's winning season at Thomond Park.

Dan Jones gave Scarlets an early lead with a penalty, but Munster responded in an impressive manner going on to dominate the opening forty with three converted tries as Tyler Bleyendaal pulled the strings from outhalf.

Full-back Jaco Taute got Munster’s opening try after 13 minutes after Bleyendaal put Dave O’Callaghan through the middle before the ball was spun wide by Francis Saili and Conor Oliver for Taute to score his eighth try of the season.

Darren Sweetnam got the province's second after 23 minutes, scoring in the right corner after Taute turned provider on this occasion.

Munster again crossed six minutes later with academy player Conor Oliver scoring after a great break by fellow academy player and centre Dan Goggin as he linked up with Ronan O'Mahony who was just stopped short of the line. Quick ruck ball from Duncan Williams found Oliver charging for the line.

Playing with the wind Tyler Bleyendaal converted all three tries to lead 21-6 at the interval.

With the elements against them in the second half Munster suffered their worst ten minute period of the season, coughing up 24 unanswered points to the Welsh opposition, and were unable to secure any points for their own part.

Dan Jones got his third penalty early in the second-half and then converted a try from his captain Hadleigh Parkes to reduce the gap to five.

A try from Johnny McNicholl after 58 minutes drew the sides level before Jones’ conversion edged Scarlets in front.

The scoreboard had just ticked over before the Llanelli side were again crossing the whitewash with Tom Williams claiming Scarlets’ third try 19 minutes from the end. Jones' conversion pushed Munster out of bonus point territory and a late rally proved fruitless when Dave Kilcoyne's attempt to touch down was confirmed short of the line.

Guinness PRO12 round 16 round-up: Academy player Conor Oliver made his first start at number 8, while academy lock Fineen Wycherley was included in his first PRO12 squad, named in the replacements. In total there were four academy representatives in the matchday squad – Conor Oliver, Dan Goggin, Brian Scott, Fineen Wyherley.

Despite the result Tyler Bleyendaal was awarded the MOTM for this first half efforts.

This was Munster's first defeat in Thomond Park since December '15 v Leinster, and third PRO12 defeat of the season. The province dropped to second in the table after failing to pick up any points from the home encounter. 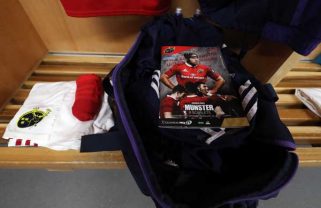 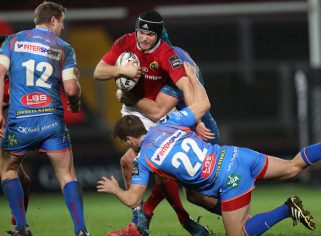 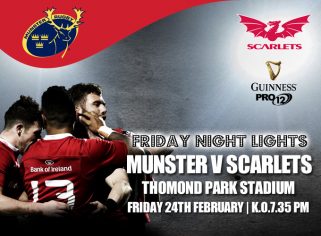 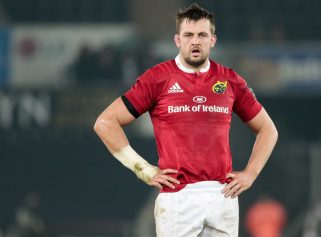 Video: Dave Foley Ahead Of Scarlets 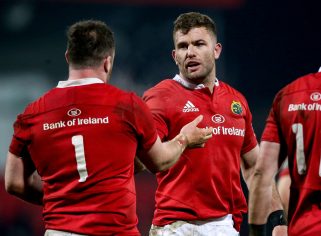 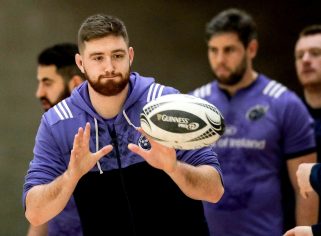