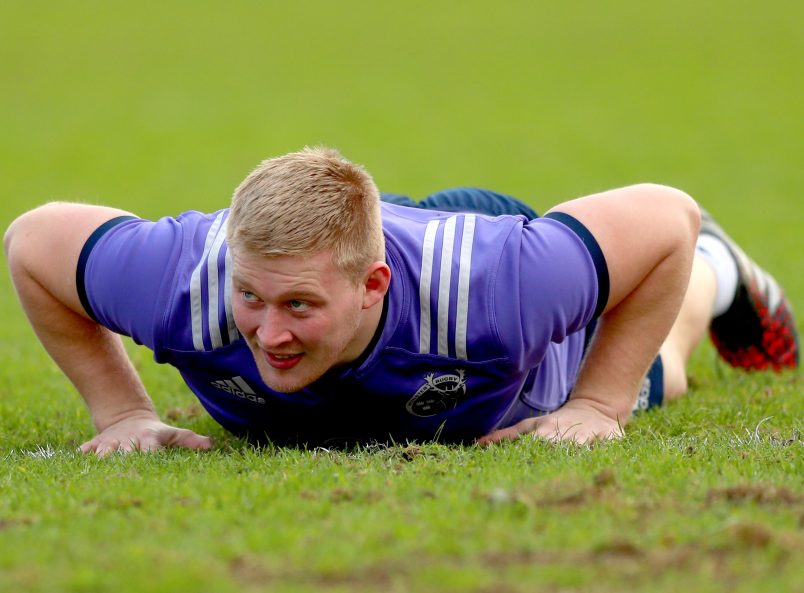 Director of Rugby Rassie Erasmus has named his match day 23 for Saturday’s round 15 Guinness PRO12 encounter against Ospreys at the Liberty Stadium (5.15pm).

In making five changes to the side that defeated Newport Gwent Dragons, returning Irish internationals Ian Keatley, Billy Holland and John Ryan have all been made available for the top of the table clash and are included in the starting line-up.

Ryan comes in to join Dave Kilcoyne and Rhys Marshall in the front row while Billy Holland and Darren O’Shea form a new look second row in completing the front five. Holland will make his 150th appearance for the province this Saturday.

It’s as you were in the back row with Dave O’Callaghan, Tommy O’Donnell and Jack O’Donoghue.

Duncan Williams and Captain Tyler Bleyendaal will again line up in the half-backs.

While in the backline, Ian Keatley starts at fullback, joining Darren Sweetnam and Ronan O’Mahony in the back three, and the final change sees Francis Saili pairing up with Rory Scannell in midfield.

Defence Coach Jacques Nienaber previews the top of the table clash below. 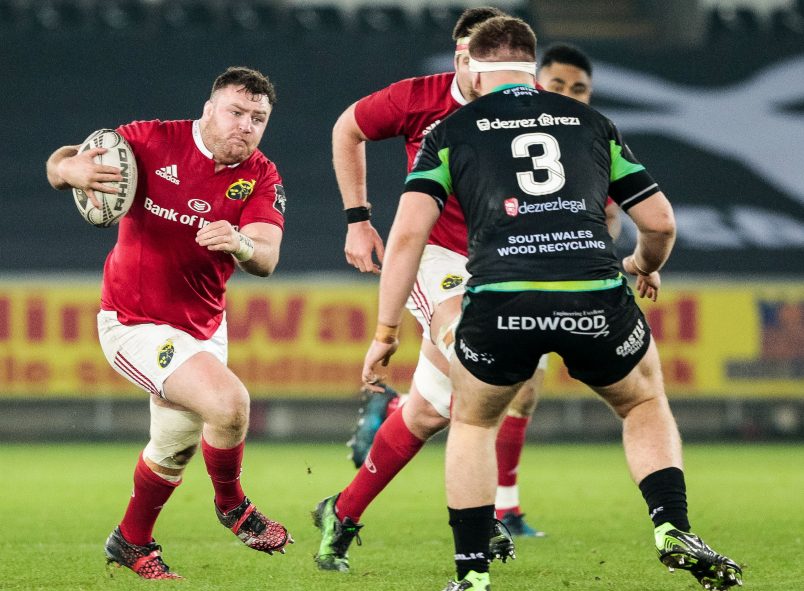 Dave Kilcoyne scored the crucial try two minutes from time and Tyler Bleyendaal added the conversion, as Munster staged an unlikely comeback victory to stay top of the PRO12.

Facing an 11-point deficit approaching half-time, tries from Jack O’Donoghue and Francis Saili gave Rassie Erasmus’ side hope in the second-half and Kilcoyne stretched to touch down late on to seal the win.

But it didn’t end there as Munster were forced to defend the halfway line as the clocked ticked into red. And after the ball was kicked dead, they had to wait for a TMO decision to go their way, but a combination of Conor Oliver – who made a huge impact off the bench – and Kevin O’Byrne was cleared of foul play and the win was sealed.

After kick-off Munster would have been delighted with their disciplined, high tempo start that produced a penalty for a high tackle on Ronan O’Mahony, which Bleyendaal kicked for a 3-0 lead.

But after that score Munster went through a disappointing twenty minutes where the home side ran in two brilliant tries. There was plenty of defensive errors during that period for the visitors to the Liberty Stadium and five minutes in Hanno Dirksen finished off a good move across the line with a dive to score in the corner.

Sam Davies was on the mark with the touchline conversion for a 7-3 lead, and his side only had to wait seven minutes for their second try. Kieron Fonoita was the scorer, but his sidestep of O’Donoghue and swerve around Darren Sweetnam was eye catching.

Davies added the conversion to make it 14-3 and ten minutes later he kicked a penalty to stretch the home side’s lead.

Munster were certainly struggling at that point, but when Sam Underhill was penalised for entering the side of a ruck 13 minutes from the interval, Bleyendaal slotted the penalty to make it 17-6.

That penalty lifted Munster, and they went on to score two tries in the four minutes before the break.

Firstly O’Donoghue charged over when he looped on to Dave O’Callaghan’s pass following a lineout, and then in the final play of the half Rhys Marshall and Bleyendaal linked well to send Saili over.

After missing the first conversion, Bleyendaal added the second, which saw Ospreys lead by 20-18 at the half-time break.

A decision from the TMO denied Ashley Beck a try in the 51st minute when he dotted down on the base of the corner flag, which resulted in a 22 drop-out, but it was a nervy start to the second-half from both sides who went in search of the crucial next score.

It arrived for Ospreys in the 58th minute, when Davies kicked an offside penalty for a 23-18 lead.

Three minutes later Munster came close to a try when Tommy O’Donnell claimed an overthrown lineout, passed to Andrew Conway, and Sweetnam narrowly failed to get a touchdown on Conway’s excellent chip through.

Munster continued to pile the pressure on the home side and they turned down a kick at goal as they went in search of the vital try, but the TMO ruled Bleyendaal’s diving attempt just short of the try-line in the 63rd minute.

Four minutes later another kick at goal was refused in favour of a scrum, but a powerful shove from Ospreys saw O’Donoghue outnumbered at the back and Ospreys cleared their lines.

However Munster were not to be shaken and two minutes from time the men in red struck. A lightening break from Sweetnam was added to by Conway, and eventually Kilcoyne spun out of the tackle and stretched to score brilliantly.

Bleyendaal slotted the awkward conversion from the left to secure the victory, which sees Munster retain top spot in the PRO12 with their 15th win in their last 16 games.

Guinness PRO12 round 15 round-up: Munster are the only side to defeat Ospreys at the Liberty Stadium this season. Dave O'Callaghan picked up the man of the match award. Billy Holland made his 150th appearance. Two academy players featured off the bench – Conor Oliver and Dan Goggin. 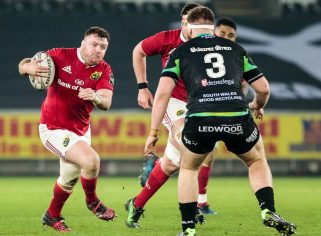 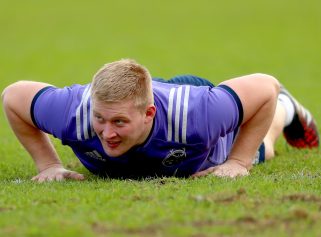 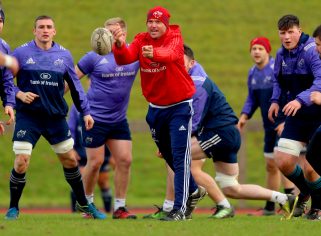 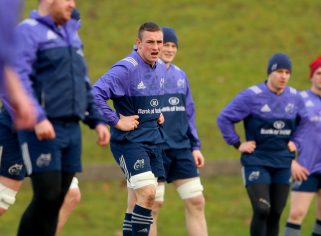